Physician Assistant students recognized by OHSU's Center for Diversity and Multicultural Affairs
May 30, 2008 Portland, OR 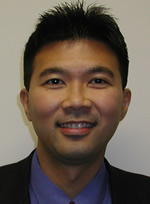 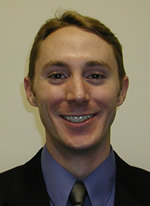 Jason Ling (left) and John Roth (right), both students in the Physician Assistant Program (Class of 2008), were honored at the Center for Diversity and Multicultural Affairs (CeDMA) awards ceremony on May 21, 2008.

Jason and John both received the "Student Multicultural Leadership Award" in recognition for their significant contributions, devotion, and commitment to support the efforts of the advancement of diversity and multiculturalism at OHSU.  Three students received the award for the 2007-2008 school year.  The other recipient was Michael Core, a medical student.