January Paper of the Month: Unraveling the genetic basis for excessive alcohol consumption 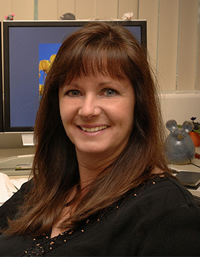 PAPER SUMMARY: This paper makes an important step toward understanding the complex genetic underpinnings of excessive alcohol consumption. The key finding followed up by the current research was that combinations of genes inherited from two parents could result in more excessive alcohol consumption than that seen in either of the parents. The results described in this paper suggest specific locations of the genes involved in the excessive drinking behavior of the hybrid offspring mice. The study focuses on a unique genetic phenotype – the "hybrid overdominance effect."

The current study began with an observation made several years ago by one of paper authors John Crabbe who noted that F1 hybrid offspring of one mouse strain (C57BL/J) crossed with another strain (FVB/NJ) exhibited more excessive ethanol drinking than either of the parental strains. The scientists then collected and quantified mice behavioral data (ethanol drinking) with genetic information to map genes that cause overdominant ethanol drinking in the hybrid offspring.

Genome-wide quantitative trait locus (QTL) analyses were performed on this genetic information to identify the locations of the important genes, and the data were also analyzed to determine whether there were interactions occurring between genes (referred to as epistasis) that manifested as overdrinking behavior.

In the paper, Dr. Phillips described evidence for QTLs resulting in heightened consumption of ethanol in heterozygous mice on three different chromosomes (11, 15 and 16). Importantly, there was no evidence for epistatic interactions between genes at different locations that could explain the excessive drinking of the hybrid mice. Instead, intralocus interactions – interactions between two different forms of the same gene (one inherited from the mother and one from the father) at the same locus – are the most likely explanation for the hybrid overdominance.

The possibility that different forms of the same gene when inherited from each of the parent strains and expressed together can cause excessive drinking behavior is an important finding that will be examined further. Additional work is focused on identifying the genes. These findings contribute to research aimed at identifying inherited factors that increase risk for developing alcoholism. Knowledge of the genes leads to knowledge of biological mechanisms. This information could be used to develop new drugs for preventing and treating alcoholism.

This research was supported by the Department of Veterans Affairs and by the National Institute on Alcohol Abuse and Alcoholism (U01 AA016655).

ABOUT THE PAPER OF THE MONTH
The School of Medicine newsletter spotlights a recently published faculty research paper in each issue. The goals are to highlight the great research happening at OHSU and to share this information across departments, institutes and disciplines. A list of all papers compiled by the OHSU Library and published by OHSU faculty during the prior month is also provided here. The monthly paper summary is compiled by Associate Dean for Basic Science Mary Stenzel-Poore, PhD, and reviewed by Dean Mark Richardson, MD, MBA, and Vice President/Senior Associate Dean for Research Dan Dorsa, PhD.