From the Archives: Dr. Albert Edward Mackay: Respected and beloved teacher and colleague 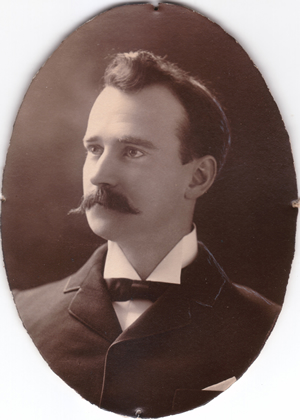 In tribute to Dr. Albert E. Mackay, Franklin P. Johnson, MD, said that Dr. Mackay's life and that of the University of Oregon Medical School (UOMS) were so firmly linked that the two were quite inseparable. His name was linked with every advancement in the Medical School and in clinical medicine in Portland.

Dr. Mackay was born in 1863 in Hamilton, Ontario, Canada. In 1883 he entered the University of Toronto and Trinity College medical schools, graduating in 1887 with a Bachelor of Medicine from the University of Toronto and a Doctor of Medicine and Master in Surgery from Trinity College. To further advance his education, Dr. Mackay became a ship’s doctor on a steamer to England. Once in London, he did post-graduate work in genito-urinary diseases and pediatrics.

Dr. Mackay moved to Portland in 1889. Simeon Josephi, then dean of UOMS, quickly recognized Dr. Mackay’s exceptional medical training and invited him to introduce courses in microscopy, bacteriology and pathology. His classes and demonstrations on the causative agents of tuberculosis, typhoid, diphtheria and many other diseases were enthusiastically attended by Portland's eminent physicians and students alike. In 1904 he was made full Professor of Urology and held this position with distinction for 40 years.