This month’s featured paper published in the Annals of Neurology, is titled: “Defective fatty acid hydroxylase leads to a novel form of neurodegeneration with brain iron accumulation.” In the paper, Michael Kruer, MD, a fellow in neurodevelopment pediatrics, Susan Hayflick, MD, Professor and Interim Chair, Department of Molecular & Medical Genetics, and colleagues in the Department of Molecular & Medical Genetics characterize a new subtype of neurodegenerative disease with iron deposits in the brain, and identify the gene that leads to this disorder. This work was performed in collaboration with colleagues at INSERM (France) and University College London, UK.

Taking advantage of the pedigree structure of a highly genetically informative Italian family, mutations in the gene fatty acid 2-hydroxylase (FA2H), were identified as leading to a previously uncharacterized form of Neurodegeneration with Brain Iron Accumulation (NBIA). Although individually rare, forms of NBIA have been increasingly recognized as valuable single gene models of more common neurodegenerative diseases, such as Alzheimer’s and Parkinson’s. OHSU’s NBIA Research Group, led by Dr. Hayflick, previously identified the genes for pantothenate kinase-associated neurodegeneration (2001) and neuroaxonal dystrophy (2006) and is widely recognized worldwide for expertise in this neurologic disorder. 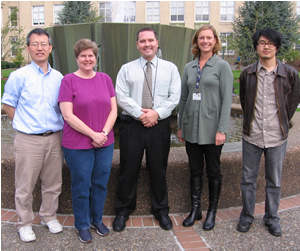 The resulting disease has been named Fatty Acid Associated Neurodegeneration (FAHN). Patients with FAHN experience significant dystonia, like other forms of NBIA, but also exhibit significant ataxia and weakness. Visual problems can result from optic nerve atrophy and nystagmus. In NBIA, MRI scans often provide physicians with the first clues as to the cause of a patient’s symptoms. In FAHN patients, MRI scans show iron deposits in the globus pallidus, similar to other forms of NBIA. FAHN patients also show a decrease in the size of the cerebellum, another region important for movement. Finally, FAHN patients demonstrate abnormal white matter on MRI. In the past, this may have led physicians away from considering a diagnosis of NBIA, although it is now known that these findings can occur in some forms of the disease. 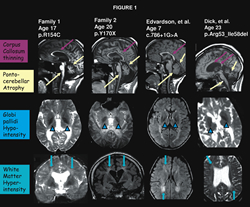 “The characterization of FA2H has led to new concepts in the understanding of NBIA biology,” said Dr. Kruer. "These findings suggest previously unrecognized connections between forms of NBIA. Further characterizing the roles of these pathways in the genesis of disease will be an important step in ultimately developing therapeutics for this devastating neurodegenerative disorder.”

The School of Medicine newsletter spotlights a recently published faculty research paper in each issue. The goals are to highlight the great research happening at OHSU and to share this information across departments, institutes and disciplines. The monthly paper summary is selected by Associate Dean for Basic Science Mary Stenzel-Poore, PhD, and reviewed by Dean Mark Richardson, MD, MBA, and Vice President/Senior Associate Dean for Research Dan Dorsa, PhD.
Tags School of Medicine Research
Previous Story School of Medicine welcomes new faculty - October 2010 Next Story Message from Dean Richardson: Studying ourselves