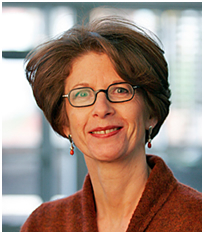 Forty-one percent of academic health center faculty are burned out. Forty-three percent and 47 percent of male and female faculty, respectively, have seriously considered leaving their current institution in the past 12 months.

Armed with such quantitative evidence – and buoyed by sobering qualitative experiences – Linda Pololi, MBBS, MRCP, and colleagues embarked on a national initiative in 2006 to investigate what pointed to a looming crisis in the culture of academic medicine. Known as the National Initiative on Gender, Culture and Leadership in Medicine, or C—Change for culture change, their ongoing efforts aim to foster a culture that helps all faculty realize their own potential, while addressing the lack of women, under-represented minority and generalist faculty in leadership roles.

Dr. Pololi spoke during a recent workshop as part of the Mentoring Program at OHSU, a multi-year initiative to enhance faculty vitality. The initiative is based on the belief that faculty satisfaction is essential for the sustained health of the institution, and is supported by the SoM Office of the Dean and OCTRI.

The data “give us plenty of reason to think more deeply about what happens in our medical schools,” said Dr. Pololi. She and her colleagues decided to expand their survey from a preliminary five schools to an additional 21 schools – including OHSU – in a multipronged effort to assess the culture of academic medicine.

During the workshop, Dr. Pololi invited attendees to read anonymous quotations from the C—Change faculty survey. The quotations included first-hand experiences of professional isolation, a chasm between MDs and PhDs, and fear of expressing one’s opinion.

“What we found is [faculty members’] culture seemed to be characterized by intense individualism,” said Dr. Pololi. “There was generally a lack of appreciation of people and a real erosion of trust.”

The C—Change findings also pointed out aspects of academic culture that inspired and motivated faculty, such as intellectual rigor, discovery and science as a means to serve the social mission of an academic health center.

“We see the survey as a powerful tool to bring about change,” said Dr. Pololi. “Fortunately, you have a Division of Management so they can really help you think through these issues.” Additional resources are available on the OHSU Mentoring Program website.