An opportunity of a lifetime to “learn from the giants”

“It’s terrific that Becky has the opportunity to go to Lindau. It reflects well on her and the quality of OHSU’s MD/PhD educational program.”

Since 1951, the annual Lindau Meeting has allowed promising graduate students an informal setting to interact with an interdisciplinary group of Nobel Laureates and other young investigators from around the world on topics in chemistry, physics, and physiology/medicine. Becky Richards is one of 80 doctoral students selected nationwide to represent the United States.

“The meeting will be an amazing opportunity to learn from Nobel Laureates about their path to greatness in science,” said Richards. She views the meeting as an opportunity to also forge new relationships and collaborations with some 550 students from 78 different countries.

At Lindau, Richards hopes to meet Dr. Harald zur Hausen, winner of the Nobel Prize in Medicine in 2008 for discovering that human papilloma virus is the causative agent of most cervical cancers. “I want to ask him about his career path, specifically what he feels are the most important parts of his character that have carried him to where he is today.”

A native of Ohio, Richards is currently finishing the PhD portion of the MD/PhD program and about to re-enter the 3rd year of medical school. Like Dr. zur Hausen, her research interests center around viruses. She studies cytomegalovirus, which is a member of the Herpesvirus family that infects the majority of Americans and can cause serious problems in those with weak immune systems. 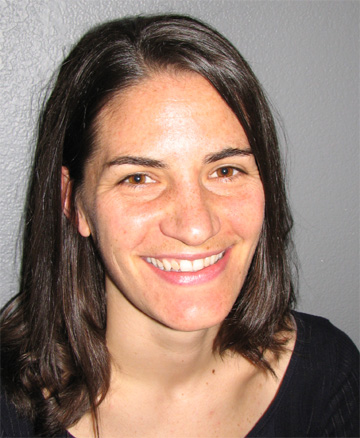 “My interest in virology research was piqued during a year I spent at the NIH studying human papilloma virus,” said Richards. “When I arrived at OHSU, I grew excited by the research coming out of the lab of Klaus Früh, which led me to pursue my PhD studies there.”

As part of the application process, Richards submitted an essay on why the Lindau Meeting would further her scientific career and aspirations. She wrote about Dr. Judah Folkman, the physician-scientist who first described angiogenesis. “Dr. Folkman’s work was one of the first examples of inspiration for me to become a physician-scientist.”

“It’s terrific that Becky has the opportunity to go to Lindau,” said David Jacoby, MD, Director of the MD/PhD Program and a professor in the Department of Medicine. “It reflects well on her and the quality of OHSU’s MD/PhD educational program.”

“The Lindau meeting is an opportunity of a lifetime to learn from the giants in science and use insight gained from them as I move forward in my career,” said Richards.