Jim Calvert, MD, Associate Professor, Department of Family Medicine, founding residency director of the Cascades East Family Medicine Residency Program, has been named Oregon Family Doctor of the Year for 2011. The award was announced by OHSU Family Medicine Chairman John Saultz at the Oregon Academy of Family Physicians Celebration Luncheon held Saturday, April 9 at Skamania Lodge in Stevenson, Wash. Dr. Saultz read excerpts from the many letters of nomination for the award.

As is the tradition, the award was a surprise to Dr. Calvert. As the announcement was made, he was joined by his wife, Wendy Warren, MD and by numerous family members. 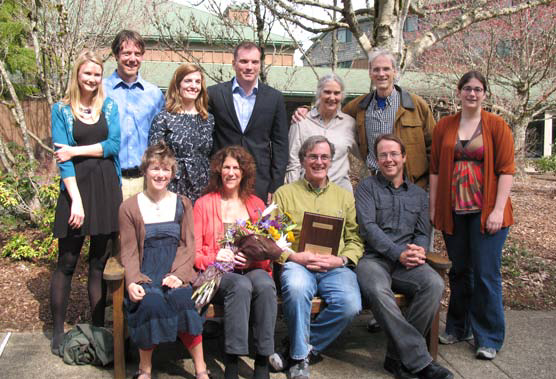