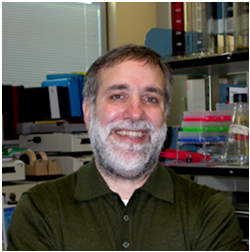 The Department of Physiology & Pharmacology’s Charles Roselli, PhD, and team of researchers were recently featured in the May edition of Endocrine News. The article, titled “Testosterone affects brains and genitals in different timeframes,” explains how in sheep, sexual differentiation occurs most significantly in the early stages of gestation, and offers a glimpse into Dr. Roselli’s supporting science.

The article reveals how Dr. Roselli’s team have treated groups of pregnant ewes with testosterone propionate at either an early or late stage of pregnancy, to learn more about sexual preferences between rams and ewes.

According to Endocrine News, Dr. Roselli’s analysis of separate critical testosterone periods in sheep is further explored in an upcoming article that “could explain how testosterone variations during gestation could produce rams that prefer to mate with other rams but still possess normal masculine genitals” and other masculine traits.

The May edition of Endocrine News is available online. The Dr. Roselli article can be found on page 10.