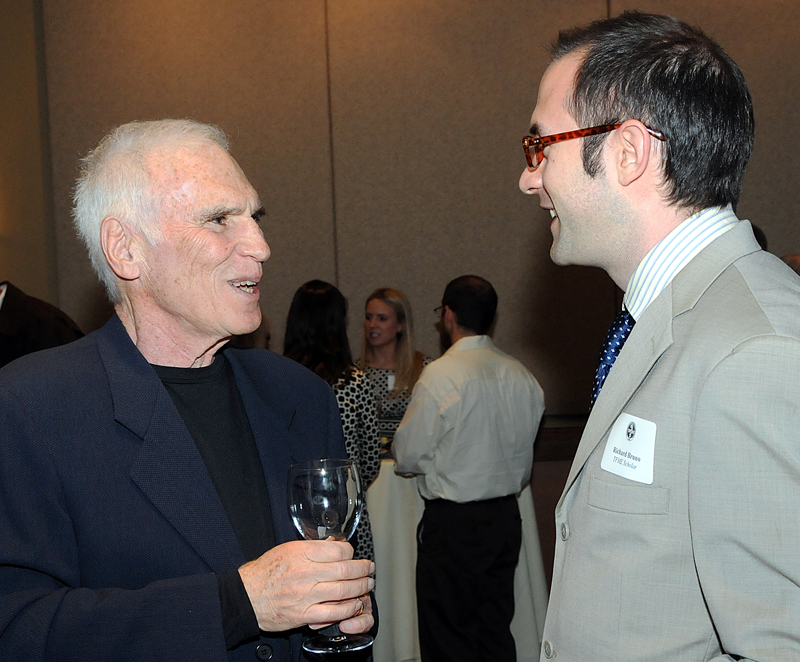 The Foundation for Medical Excellence (TFME) recognized ten student scholars in the School of Medicine MD program at a reception on May 18 at the Riverplace Hotel, Portland.

“The purpose of the TFME Scholars program is to recognize and encourage outstanding individuals as future physicians for Oregon while reducing their substantial medical education debt,” said Edward Keenan, PhD, President, TFME, and Interim Associate Dean for Accreditation and Curriculum in the OHSU School of Medicine.

Second-year student and TFME Scholar Valerie Carlberg volunteers part of her time with the Discover OHSU! program, giving cadaver presentations in the basics of anatomy to high school science classes.

“To have been selected as a TFME Scholar is a huge honor,” she said. “The financial support is incredibly helpful, but even more meaningful is the chance to be among people who constantly aspire to raise the bar higher in medicine and who are passionate about what they do. Having such positive mentors plays a role in determining my own ability to succeed and, later, to give back the opportunity I have been given.”

The medical student scholars for 2011 are: