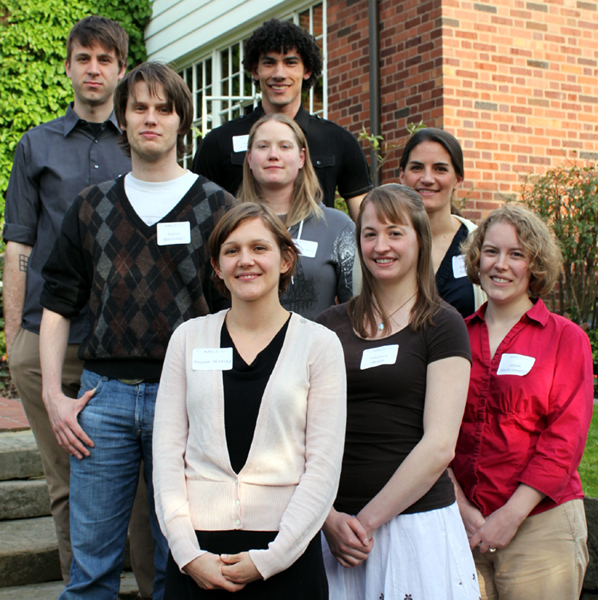 The Achievement Rewards for College Scientists (ARCS) Foundation - Portland Chapter celebrated the graduation of ten PhD candidates from its program at a Celebrate the Scholar reception May 17. The ten were completing their third and final year as ARCS scholars and now join 36 other alumni of the program.

"The ARCS Foundation - Portland Chapter has supported 64 scholars since 2005," said Chapter President Caron Ogg. "In addition to honoring our ten graduates we are delighted to announce our support for eight new scholars beginning in October of this year." The additional awards bring the amount pledged by the Chapter for PhD scholar awards at OHSU to $1,097,250.

"The ARCS scholar award was one of the decisive factors in my decision to study cancer biology at OHSU," said Aaron Worthman, PhD candidate in the Program in Molecular and Cellular Biosciences. "As an ARCS scholar, I have had many irreplaceable experiences, including the opportunity to share my research with members of the community."

"The support I have received from ARCS over the last three years goes far beyond the scholar award," said Rebecca Richards, an MD/PhD candidate currently studying in the Program in Molecular and Cellular Biosciences. "Science can be discouraging when things are not going as well as we would like. Particularly during those hard times, knowing that there are others who have the same hopes for the future of scientific research is truly a gift."

"The support from members of the ARCS Foundation - Portland Chapter is important, not only financially but also for the intangible qualities it provides," said Allison Fryer, PhD, Associate Dean for Graduate Studies. "Scholars graduating from the ARCS program benefit from the emotional support of the ARCS members who provide encouragement and enthusiasm, including attending the final thesis defense seminars, that outlasts the three scholarship years. The ARCS members show graduate students their career choice is important to the community."