2011 Lovejoy Award recipient “proud to be counted among your alumni”

“I think I had an exceptional medical school education at the University of Colorado, but OHSU made me a doctor.”

“My father, like his father before him, was a general practitioner in a small town on the eastern plains of Colorado,” he said. “He was very conscious of the role a physician played in a small community and I learned a great deal from him. He had a way of speaking that just made people listen.”

An MD graduate of the University of Colorado Medical School, Dr. Calonge was just completing his residency at OHSU when Robert Taylor, MD, Emeritus Professor, Department of Family Medicine, arrived to head the department in 1984. 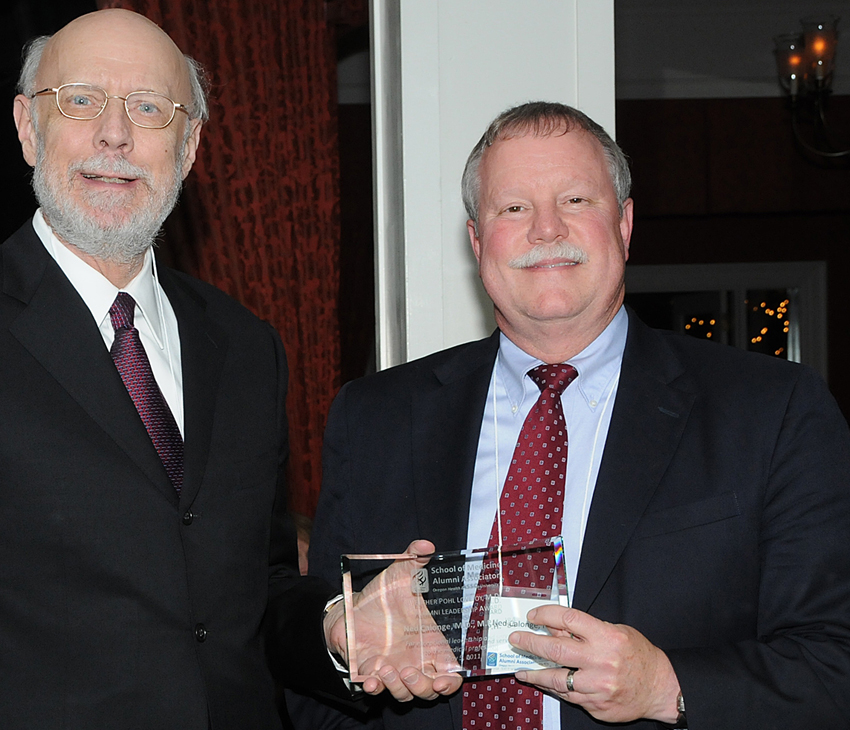 “I soon became aware of his extraordinary skills as a senior resident,” said Dr. Taylor. “He had already received the John S. Miller award for outstanding teaching by an intern, and was awarded the Society of Teachers of Family Medicine Resident Teachers Award as a third-year resident. Even then he was an outstanding physician and a natural leader.”

Dr. Calonge was the recipient of the 2011 Esther Pohl Lovejoy MD Award, presented at the School of Medicine Alumni Association Awards Banquet in May. The award recognizes an alumnus or alumna of the OHSU School of Medicine who demonstrates exceptional leadership and service to the medical profession on a national or international level.

“I think I had an exceptional medical school education at the University of Colorado, but OHSU made me a doctor,” he said. “An extraordinary faculty gave me the skills, the knowledge and the ability to be a clinician and be successful in terms of medical content. The School of Medicine, my patients, the outpatient nurses at Emma Jones Hall and so many others demonstrated the professional values and ethical standards that I have taken into every position, into every board or ethical commission or panel, to every project and to every classroom I’ve entered since leaving here. I am so proud and thankful to be counted among your alumni.”

In addition to his service to his home state of Colorado, Dr. Calonge has an impressive record of leadership on public health issues at the national level. He is the immediate past chair of the US Preventive Services Task Force, a member of the Centers for Disease Control and Prevention (CDC) Task Force on Community Preventive Services, and now chairs the CDC Committee on Genomic Applications for Practice and Prevention. In addition he is a member of the Advisory Committee on Heritable Disorders in Newborns and Children of the Health Resources and Services Administration’s Maternal and Child Health Bureau.

Throughout his public service career, Dr. Calonge has strived to bring evidence-based methodology to the evaluation of medical evidence, and translate evidence into clinical recommendations for clinicians and policy-makers. “I remain a passionate advocate of evidence-based medicine” he said. “Today, the greatest improvements in the health of our patients and our communities lie less in the development and dissemination of new technologies and more in the consistent access to and utilization of the interventions that we already know work to improve health and extend life.”