Paper of the Month: MS-like disease in macaques

This month's featured paper is from Annals of Neurology and is titled “Japanese macaque encephalomyelitis: A spontaneous multiple sclerosis-like disease in a nonhuman primate.”

Research in this paper was conducted as part of an investigative collaboration at OHSU.*

Japanese macaque encephalomyelitis (JME) is a spontaneous disease in a nonhuman primate that has similarities with multiple sclerosis (MS) and is associated with a novel simian herpesvirus. The disease is characterized clinically by paresis of one or more limbs, ataxia, or ocular motor paresis.

The cause of MS, which affects about 400,000 people in the United States, is unknown. But researchers have long believed that a type of herpes virus may trigger MS in people who are genetically susceptible to the disease. Scientists at the Oregon National Primate Research Center (ONPRC) are investigating JME in search of a better understanding of how MS develops in humans. 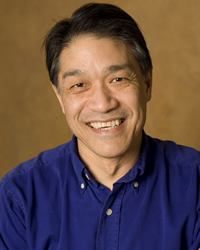 “Several features of JME make it an extremely appealing model for MS,” said Scott W. Wong, PhD, senior author of the study and Professor, Department of Molecular Microbiology & Immunology, and Senior Scientist, Vaccine and Gene Therapy Institute and the ONPRC. “These features include the spontaneous nature of the disease and a low percentage occurrence rate suggesting genetic susceptibility. Additionally, JME, like MS, is an inflammatory demyelinating disease, which suggests an autoimmune disease potentially induced by a viral infection. Both have been proposed for MS and this animal model may be able to tease apart how the MS is induced in humans.”

The ONPRC has housed an outbred colony of Japanese macaques since 1965. No cases of unexplained neurologic disease were observed in the colony prior to 1986. During this time, the study of MS-like diseases was accomplished in the experimental autoimmune encephalomyelitis (EAE) model in animals, which is artificially induced by vaccinating NHP or rodents with myelin components. The EAE model addresses aspects of the autoimmune component of MS, but does not provide scientists with information related to the induction of MS. 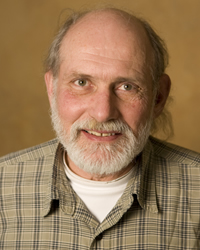 In 1986, however, the first case of a spontaneously developed neurologic impairment in a monkey was recorded at the ONPRC. Since then, scientists at the Center have discovered 56 cases of MS-like paralysis in their Japanese macaques. The primates who incurred neurologic impairment were removed from the colony, evaluated, and treated with supportive care. The animals were then humanely euthanized and their central nervous systems were examined.

In their study, the team used magnetic resonance imaging scanning to analyze the brain and spinal cord of eight monkeys, and found the presence of white matter demyelinating lesions that were very similar to those seen in human MS. In addition to this finding, the scientists were able to culture a previously unknown virus belonging to the herpes virus family from the affected nervous tissue of the monkeys. That work and other testing led researchers to discover that an MS-like disease called Japanese macaque encephalomyelitis was causing the paralysis.

The team’s research, which was published online in the Annals of Neurology, shows that the disease has no gender predilection, affects one percent to three percent of the colony each year (with two exceptions), and has a median disease age of four years.

"Understanding how this herpes virus causes the MS-like disease in the monkeys will give us important new knowledge — and drive new research that could lead to significant advancements in finding and preventing the virus that might cause MS," said Dennis Bourdette, MD, a co-author of the study, Professor and Chair, Department of Neurology, and Director, Multiple Sclerosis Center of Oregon.

Looking forward, the team plans to further investigate the animal model to determine if the virus is in fact associated with the induction of JME in susceptible Japanese macaques. If so, studies are planned to elucidate how virus infection instigates the process and if the disease process can be prevented or reversed. The team plans to also identify what genetic factor(s) makes some animals more susceptible than others. Additionally, the team is initiating studies to investigate whether a related yet unidentified virus is associated with MS. If a similar or related virus is found in humans, this could open a new door for investigation to create ways to prevent or treat MS.

“Our findings could have a huge impact on our understanding of MS and could be a landmark in someday developing more effective treatments for the disease, or even methods to prevent the onset of MS,” said Dr. Wong.

The bright spots indicate MS-like lesion in the monkey's brain.

The School of Medicine newsletter spotlights a recently published faculty research paper in each issue. The goals are to highlight the great research happening at OHSU and to share this information across departments, institutes and disciplines. The monthly paper summary is selected by Associate Dean for Basic Science Mary Stenzel-Poore, PhD.

This paper was selected because it describes a major breakthrough in our understanding of the cause of a nonhuman primate disease, Japanese macaque encephalomyelitis, which is a disease that is very similar to multiple sclerosis. The findings by this team were made possible because of OHSU's extraordinary nonhuman primate resource, the ONPRC and OHSU's notable scientific strengths in virology, neurology and advanced brain imaging, which could be brought to bear on this important biomedical problem.