If I keep this oath faithfully, may I enjoy my life and practice my art, respected by all men and in all times; but if I swerve from it or violate it, may the reverse be my lot.

Allen Andrews, MS3, and Richard Bruno, MS3, recently contributed to a paper on health care reform titled, “Healthcare Reform and the Next Generation: United States Medical Student Attitudes toward the Patient Protection and Affordable Care Act.” The paper was published in the online journal PLOS One. The senior author of the paper was Paul Gorman, MD, MPH, Associate Professor, Department of Medical Informatics & Clinical Epidemiology.

More than a year and a half after the passage of the Patient Protection and Affordable Care Act (PPACA), physician and public opinion have been very well documented; however, those who will be most affected by healthcare reform, namely physicians-in-training, have yet to be heard.

“Fundamentally, the purpose of our research was to shed some light on what future physicians thought of both the passage of PPACA and whether our current health care system needs to be reformed,” said Allen Andrews, MS3.

Over 1200 medical students from ten United States medical schools were surveyed between October and December 2010 to determine their attitudes toward reform and specifically the PPACA. 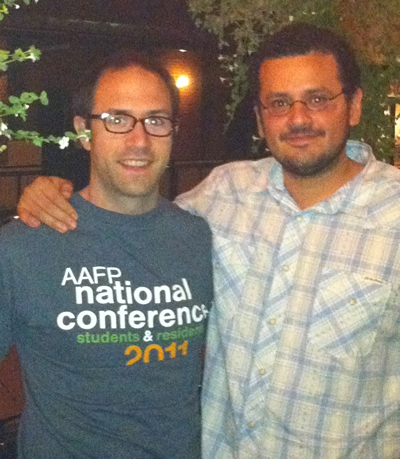 “This is the first of three national surveys of medical students aimed at investigating their attitudes toward the underserved, health reform, and advocacy work—all pointing to a need for medical school curricula changes to support stronger health policy and advocacy training,” said Richard Bruno, MS3, and class president.

Overwhelmingly, the study showed that a remarkable 95 percent of medical students believe the current health care system needs to be changed. Possibly even more surprising was the fact that 80 percent believe that PPACA’s reforms did not go far enough.

Undoubtedly, PPACA will have a significant impact on patients and providers alike, but it will be up to us along with the spirit of Hippocrates, as the next generation of physicians, to continue working to ensure all Americans have access to quality, affordable health care.