In 2010, the OHSU School of Medicine received the largest single scholarship gift ever in its history. The $10 million gift to establish an endowed MD scholarship program was made by an anonymous donor. The scholarship establishes a perpetual source of financial assistance for exceptional and distinctive students who have a high probability of positively contributing to Oregon’s future.

When the Fund Agreement was signed, the donor had not yet decided on the name of the scholarship program. Since then, the anonymous donor has decided to name the fund “The Swindells Family Scholars Program” in honor of the long history of support OHSU has received over multiple generations from the Swindells family. The donor will remain anonymous.

The four inaugural scholars have distinctive histories and strong connections to Oregon, reflecting the goals of the fund.

“The real-world impact of these scholarships is likely to be both enormous and far-reaching,” said Dean Richardson. “We are very grateful for this support for medical education and for the extraordinary vision of the generous donor.”

These inaugural scholars will, each year, be joined by new recipients of this prestigious award, thus multiplying its impact throughout the state over time. 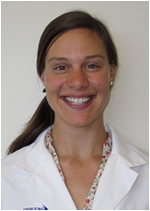 After graduating from college, Katy Schousen, age 26, moved to Portland to have an adventure “out west”—and immediately loved Oregon. A native of Michigan, she has a Bachelor’s degree in Physics and Environmental Studies from Macalester College in St. Paul Minnesota.

While taking pre-medical classes at PSU, Katy became involved in outreach and empowerment in the Portland community. “I have gotten to know differing face of the city by working with autistic children, providing homecare to seniors, and volunteering with Doernbecher's pediatric oncology/hematology patients, OHSU's emergency department, and at Outside In clinic for homeless youth.” In the years to come, she plans to work in diverse settings with many different people as a student and physician.

Working as a wilderness guide in remote Alaska, Katy’s clients depended on her for decisive leadership, dedication to safety, technical knowledge, and compassionate attention to their needs. “The magnitude of trust they had in me was enormous,” she said. “The true power of these experiences, however, was that my tutelage and support empowered each person to take the journey for him or herself. Similarly, helping people acquire physical and emotional skills to approach diverse challenges in their lives is the motivation in my medical education. It is my goal to combine this passion with the art and science of medicine to empower people in a fundamental way: to take ownership of their health.”

Danielle Babbel, age 24, grew up in Corvallis, Oregon, went to school in Utah, but was “dying to get back to Oregon” as soon as she graduated. She has a B.A. Anthropology, B.S. Geography, and minors in Spanish and Chemistry from Utah State University.

In high school, Danielle was introduced to world travel after a semester abroad in Costa Rica. She subsequently returned to Latin America several times, as well as to Rwanda, for a variety of purposes: research on transnational migration, an ethnographic field school, medical volunteering, research for the formation of an NGO, and housing construction. She initially became interested in grassroots organizing in high school as a member of Students for World Awareness. Throughout college she participated in various activist organizations including a group that promoted awareness of African issues, and a group that sought to improve health care quality and access for Latino immigrants.

“I hope to work with diverse communities, specifically Spanish-speaking immigrants, as a physician and to volunteer to work in crisis situations with Doctors Without Borders,” she said. “I also hope to remain politically active to promote universal health coverage throughout the country.” 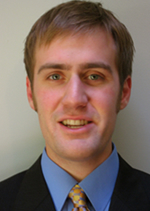 Brian Garvey, age 27, was born and raised in Oregon, and graduated from Beaverton High School. He left the state to attend Pomona College in California, choosing to major in International Relations after a semester of public health research at the University of Havana.

At Harvard School of Public Health, Brian researched the cost effectiveness of AIDS and TB interventions in sub-saharan Africa. Continuing his education at OHSU, he has uncovered an interest in rural and international medicine, which he has pursued through summer research in Colombia on health in conflict zones. He has also served as President of the OHSU School of Medicine Senate and Co-Chair of the Associated Students for the Underserved. In his free time Brian enjoys playing music and basketball with friends, and enjoying the many outdoor activities Oregon has to offer.

“I came to medicine through an interest in political economy, anthropology, and social justice. After exploring these areas through other venues, I learned that the most revolutionary work was being done by physicians.” His hope for the future is to deepen his work with the underserved in Oregon, and to inspire more practitioners to follow suit. “I will pursue that path through community facilitation efforts and regular refinement of my leadership skills, for collaboration and critical self-evaluation are the keys to success in enacting social change.” 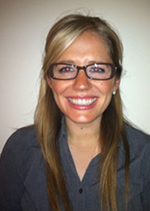 Rachel Pilliod, age 29, has served as the student representative on the OHSU Board of Directors since July 2009. In this role, Rachel has met with state legislators to discuss the significance of OHSU to Oregonians and the importance of state funding to the health care, education and research missions.

A graduate of the University of Oregon with a degree in Political Science Rachel is interested in women's health and health policy issues. She has been involved in higher education governance as a former student body president at the UO and a past member of the Board of Regents for the Oregon University System.

Reflecting on leadership, she said “Leadership, at its most basic, means showing up and being counted. Engaging in one’s community and asking what can be done to help. A simple act, but it matters.”

Never did it matter more than when Grace Linklater , Rachel’s great great aunt, showed up to the University of Oregon School of Medicine in 1921. “She was my grandmother’s favorite aunt and set an example for all of the women in our family to follow. It is Aunt Grace who has helped to guide my path at OHSU. When I think of the challenges that she faced as one of four women in her class, I realize the privilege and opportunity that I have as one of more than 60 women in my class. With this privilege comes responsibility—a sense of duty that I’ve tried to honor by seeking out opportunities to stand up and be counted.”

Rachel is applying for residency in OB/GYN so that she may spend her career serving women and focusing on their reproductive needs. She hopes to practice in academic medicine so that she may incorporate teaching, research and policy work into her daily practice.