Women: Pump Up Your Iron 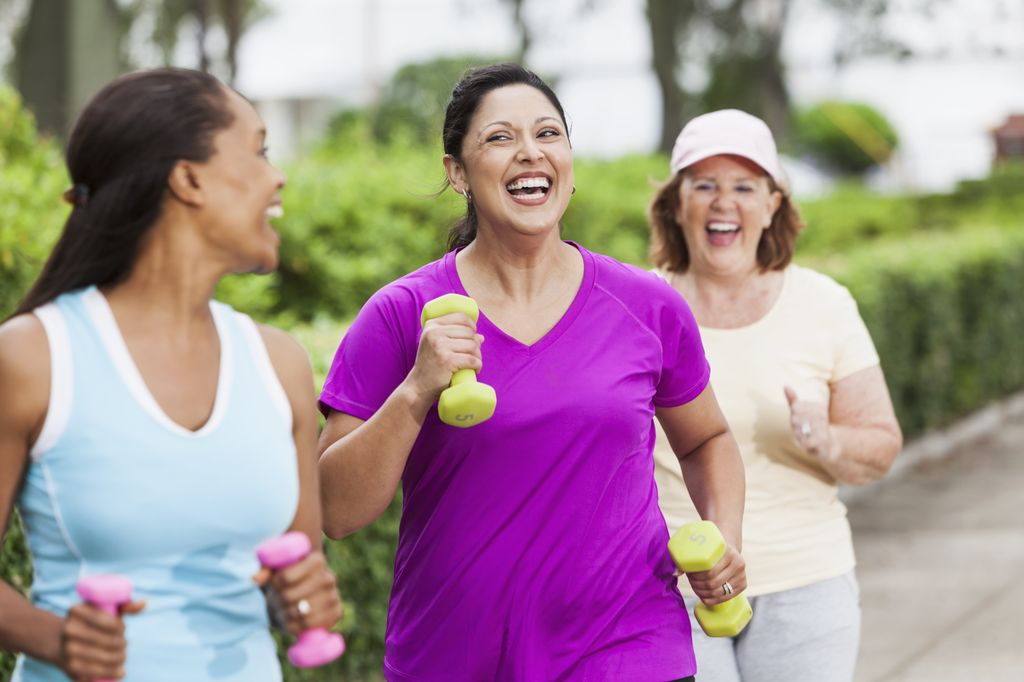 More than two-thirds of Americans who make resolutions choose to focus on health and fitness, which probably means a lot of women are planning to exercise more in the new year.

Experts encourage women to find out if they need to pump up their body's internal iron stores. Iron deficiency is common, especially in pre-menopausal women who lose blood during menstruation. In fact, according to the National Heart, Lung and Blood Institute, 20 percent of women younger than 50 are iron deficient.

If women are ramping up their exercise regimen, it's important to know that the rate is even higher among female athletes.

"Anywhere from 33 percent to 80 percent of female athletes are iron deficient," says Thomas DeLoughery, M.D., M.A.C.P., professor of medicine (hematology and medical oncology, and laboratory medicine) in the OHSU School of Medicine.

Why is iron so important?

According to OHSU experts, the body uses iron to make hemoglobin, the protein in blood that carries oxygen to all our tissues and muscles. If women are iron deficient, their whole body can't get the amount of oxygen it needs.

Even mild iron deficiency can be harmful.

"The biggest sign is fatigue," says DeLoughery. "This can be seen even with a modestly low iron level."

Iron deficiency can also cause:

Women should talk to their health care provider if they are experiencing any of these symptoms. There are simple blood tests that can help their provider determine if their iron stores are low. For athletes especially, iron deficiency can quickly impact stamina and endurance, strength and cold tolerance.

The good news is that iron deficiency is extremely treatable. Both diet and supplements can play a role.

"We don't know exactly why, but iron from meat sources is 10 times better absorbed than iron from plant sources," says DeLoughery.

For example, a serving of roast chicken and a serving of whole grain bread contain similar amounts of iron, but three times as much will be absorbed into the bloodstream from the chicken as from the bread. The best dietary source of iron for those who eat it is red meat, like lean steak. A serving has 5.5 mg of iron, 20 percent of which can be absorbed.

For vegetarians, the best dietary sources are tofu and legumes. Dark, leafy greens, like spinach, contain a lot of iron, but our bodies absorb just 2 percent of it.

If a provider finds a woman is iron deficient, oral iron supplements are a great option.

"Oral iron pills can be very effective, especially in young women," says DeLoughery. Two types, ferrous sulfate and ferrous gluconate (which is often easier on the stomach) are available over the counter.

"Take one iron pill per day containing at least 18 mg of elemental iron," DeLoughery says. He recommends taking the supplement with an iron-rich meal which helps improve absorption.

If women are working to pump up their iron levels, there are several ways beyond eating meat that will help them better absorb the iron in supplements. First, calcium and fiber can block iron absorption, so don't take an iron supplement with a meal rich in these elements. Vitamin C, on the other hand, aids in iron absorption.

"You should also avoid coffee and especially tea within a few hours of taking iron supplements," says DeLoughery. Both decrease iron absorption, tea by as much as 80 percent, and the effects last up to four hours after drinking.

It can take a month or longer to build up iron stores. For his patients, DeLoughery repeats blood tests after about a month to check on progress. Patients should also keep an eye out for symptoms of iron deficiency. Maintaining iron stores is an easy way to boost stamina and strength.