Study: Use of prefabricated blood vessels may revolutionize root canals 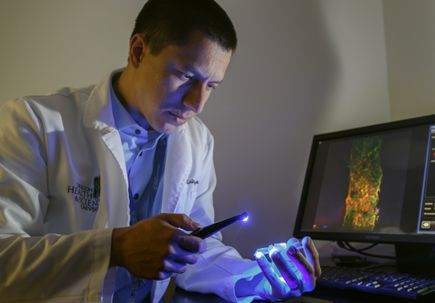 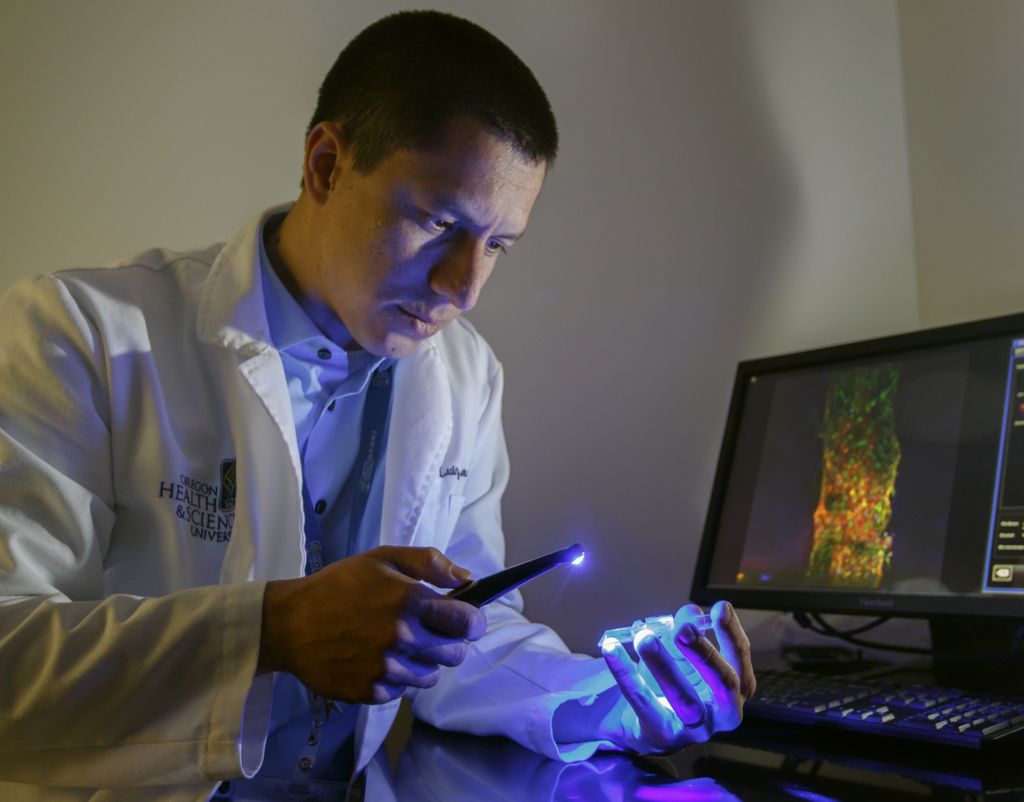 Luiz Bertassoni, D.D.S., Ph.D., assistant professor of restorative dentistry in the OHSU School of Dentistry has helped develop a process to engineer artificial blood vessels which are used to help regenerate teeth, possibly changing the way root canal treatments will be done in the future. (OHSU/Kristyna Wentz-Graff)

While root canals are effective in saving a tooth that has become infected or decayed, this age-old procedure may cause teeth to become brittle and susceptible to fracture over time. Now researchers at OHSU in Portland, Oregon, have developed a process by which they can engineer new blood vessels in teeth, creating better long-term outcomes for patients and clinicians.

Their findings published online today in the journal Scientific Reports.

More than 15 million root canals are conducted annually in the United States. The current procedure involves removing infected dental tissues and replacing them with synthetic biomaterials covered by a protective crown.

“This process eliminates the tooth’s blood and nerve supply, rendering it lifeless and void of any biological response or defense mechanism. Without this functionality, adult teeth may be lost much sooner, which can result in much greater concerns, such as the need for dentures or dental implants,” says principal investigator Luiz Bertassoni, D.D.S., Ph.D., assistant professor of restorative dentistry in the OHSU School of Dentistry, and assistant professor of biomedical engineering in the OHSU School of Medicine.

To address this issue, Bertassoni and colleagues used a 3D printing-inspired process -- based on their previous work fabricating artificial capillaries -- to create blood vessels in the lab. They placed a fiber mold made of sugar molecules across the root canal of extracted human teeth and injected a gel-like material, similar to proteins found in the body, filled with dental pulp cells. The researchers removed the fiber to make a long microchannel in the root canal and inserted endothelial cells isolated from the interior lining of blood vessels. After seven days, dentin-producing cells proliferated near the tooth walls and artificial blood vessels formed inside the tooth.

“This result proves that fabrication of artificial blood vessels can be a highly effective strategy for fully regenerating the function of teeth,” says Bertassoni, who also serves as an honorary lecturer in Bioengineering at University of Sydney-School of Dentistry. “We believe that this finding may change the way that root canal treatments are done in the future.”