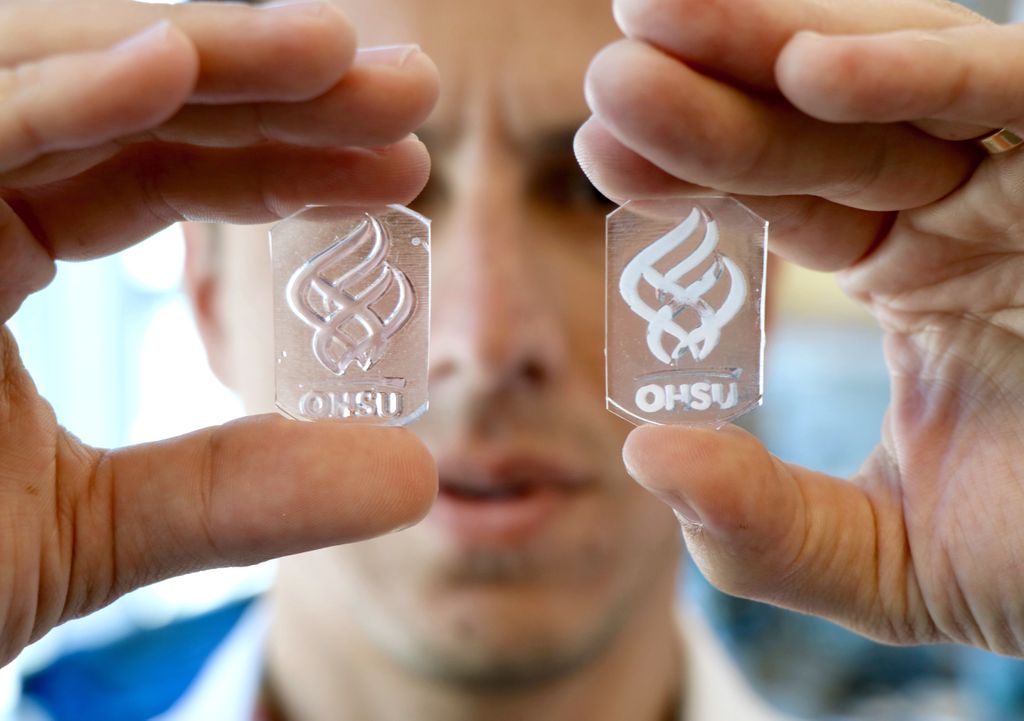 Researchers at CEDAR, the Cancer Early Detection Advanced Research Center in the OHSU Knight Cancer Institute, have engineered material that replicates human bone tissue. The material is being used to explore disease processes such as the origin of metastatic tumors in bone, and as a treatment for large bone injuries. (OHSU/Joe Rojas-Burke)