OHSU-led research could lead to clinical trials in people with multiple sclerosis or other neurodegenerative conditions
By Erik Robinson September 06, 2019 Portland, Oregon 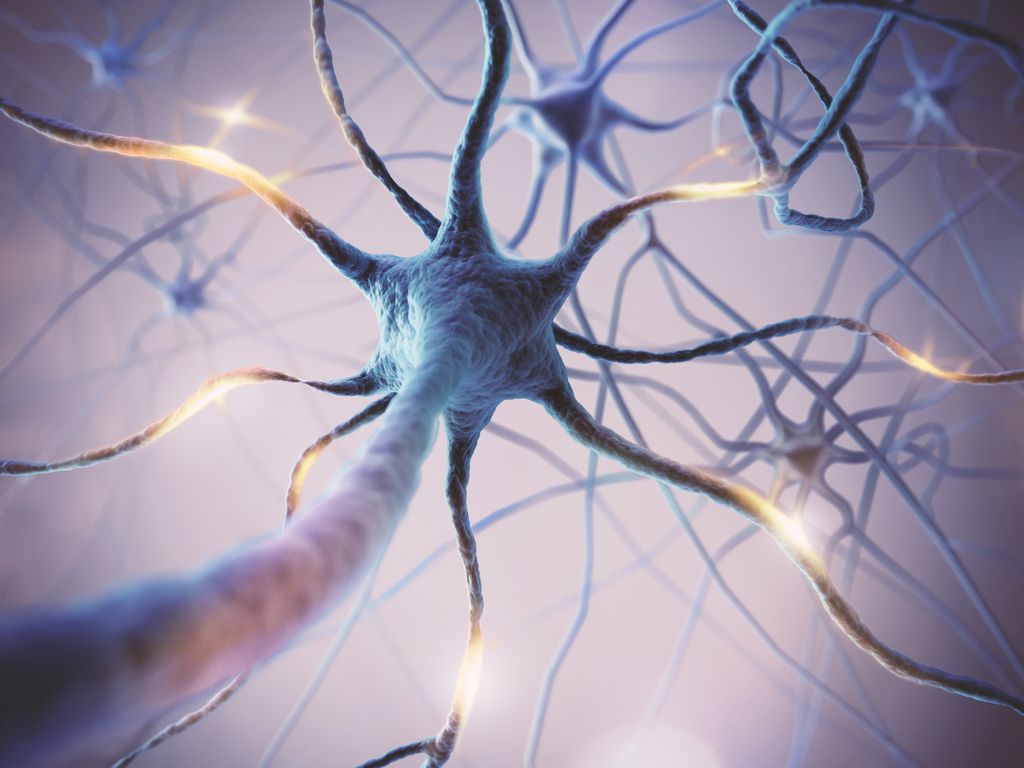 Scientists have created a compound that promotes the rebuilding of the sheath around nerve cells damaged in conditions such as multiple sclerosis. (Getty Images)

Scientists have developed a compound that successfully promotes the rebuilding of the protective sheath around nerve cells that is damaged in conditions such as multiple sclerosis.

In a study published today in the journal Glia, scientists described successfully testing the compound in mice. Researchers at Oregon Health & Science University have already started to apply the compound on a rare population of macaque monkeys at the Oregon National Primate Research Center at OHSU who develop a disease that is similar to MS in humans.

“I think we’ll know in about a year if this is the exact right drug to try in human clinical trials,” said senior author Larry Sherman, Ph.D., an OHSU professor in the Division of Neuroscience at the primate center. “If it’s not, we know from the mouse studies that this approach can work. The question is, can this drug be adapted to bigger human brains?”

Discovery culminates more than a decade of research

The discovery culminates more than a decade of research following a 2005 breakthrough by Sherman’s lab.

In that study, scientists discovered that a molecule called hyaluronic acid, or HA, accumulates in the brains of patients with MS. Further, the scientists linked this accumulation of HA to the failure of cells called oligodendrocytes to mature. Oligodendrocytes generate myelin.

Myelin, in turn, forms a protective sheath covering each nerve cell’s axon – the threadlike portion of a cell that transmits electrical signals between cells.

Damage to myelin is associated with MS, stroke, brain injuries, and certain forms of dementia such as Alzheimer’s disease. In addition, delay in myelination can affect infants born prematurely, leading to brain damage or cerebral palsy.

Subsequent studies led by the Sherman lab showed that HA is broken down into small fragments in multiple sclerosis lesions by enzymes called hyaluronidases. In collaboration with Stephen Back, M.D., Ph.D., a professor of pediatrics in the OHSU School of Medicine, Sherman discovered that the fragments of HA generated by hyaluronidases send a signal to immature oligodendrocytes not to turn on their myelin genes.

That led researchers to explore how they might block hyaluronidase activity and promote remyelination.

Development of a new healing compound

For the past decade, an international team of researchers led by OHSU has been working to develop a compound that neutralizes the hyaluronidase in the brains of patients with MS and other neurodegenerative diseases, thereby reviving the ability of progenitor cells to mature into myelin-producing oligodendrocytes.

The study published today describes a modified flavonoid – a class of chemicals found in fruits and vegetables – that does just that.

The compound, called S3, reverses the effect of HA in constraining the growth of oligodendrocytes and promotes functional remyelination in mice. Lead author Weiping Su, Ph.D., senior scientist in the Sherman lab, dedicated years of intensive research to make the discovery.

“It’s not only showing that the myelin is coming back, but it’s causing the axons to fire at a much higher speed,” Sherman said. “That’s exactly what you want functionally.”

The next phase of research involves testing, and potentially refining, the compound in macaque monkeys who carry a naturally occurring version of MS called Japanese macaque encephalomyelitis. The condition, which causes clinical symptoms similar to multiple sclerosis in people, is the only spontaneously occurring MS-like disease in nonhuman primates in the world.

The work was supported by the National Institutes of Health grant No. P51OD011092 for the operation of the Oregon National Primate Research Center; Congressionally Directed Medical Research Program grant No. MS160144; the National Multiple Sclerosis Society grant No. RG4843A5/1; the NIH’s National Institute of Neurological Disorders and Stroke award Nos. NS054044 and NS045737; and American Heart Grant in Aid award No. 17GRNT33370058.