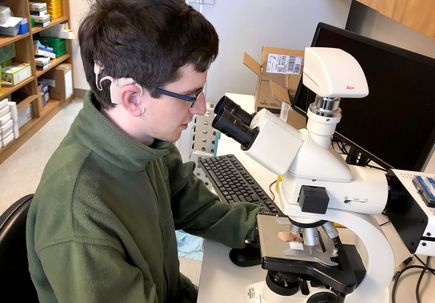 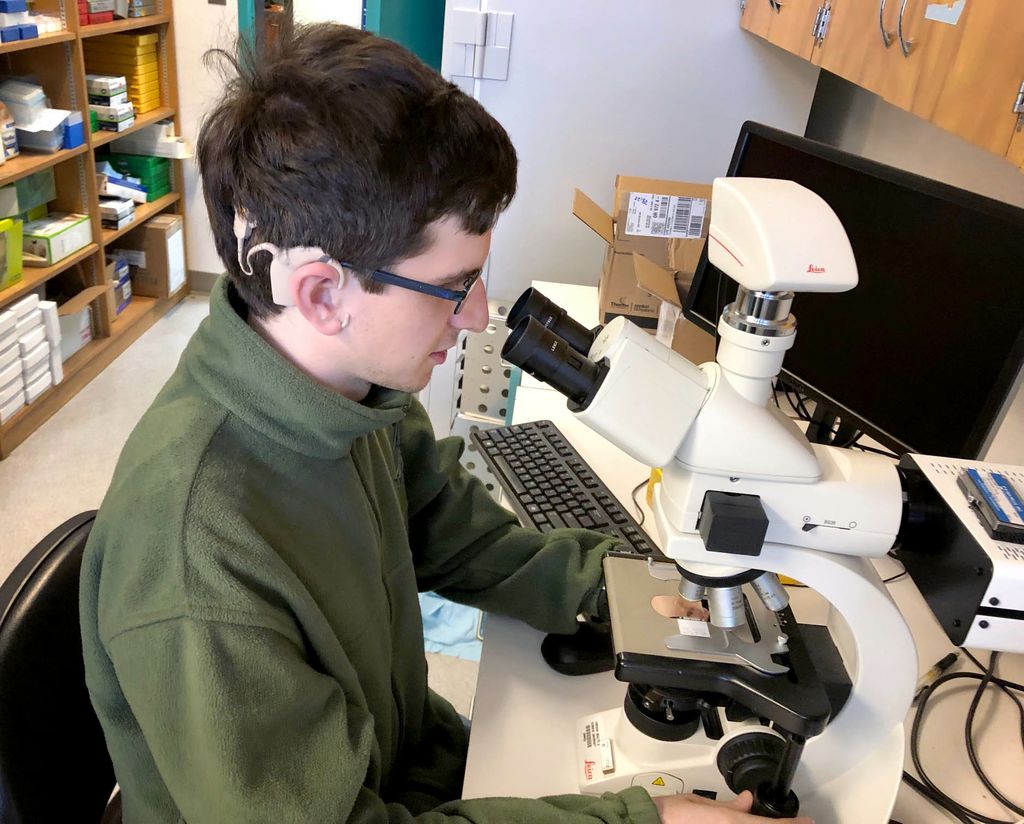 Lewis & Clark College student Brendan Creemer worked this summer in a lab at Oregon Health & Science University on a method to improve the ability to use stem cells as a possible treatment for Usher syndrome. Creemer has the genetic disorder, that causes progressive vision loss and deafness. (OHSU/Erik Robinson)

As summer internships go, Brendan Creemer had more than a passing interest in the subject at hand.

Creemer spent much of the summer in the laboratory of Oregon Health & Science University neuroscientists Martha Neuringer, Ph.D., and Trevor McGill, Ph.D., working on a method to improve the ability to use stem cells as a possible treatment for Usher syndrome.

Why is this notable?

Creemer has Usher syndrome, a genetic disorder that causes progressive vision loss and deafness. In more than 40 years since Neuringer has taken on high school and college summer interns, Creemer is the first intern to live with the often-debilitating conditions Neuringer and colleagues are working to treat.

“I’ve been working for many years on retinal diseases and potential therapies without that personal connection,” said Neuringer, a professor in the Division of Neuroscience at the primate center and research associate professor of ophthalmology in the OHSU School of Medicine. “It’s all the more motivation when you know what it’s like for someone facing this.”

Creemer, a junior biology major at Portland’s Lewis & Clark College, was by all accounts a diligent and effective worker for Neuringer and McGill during seven weeks spent in the lab at OHSU’s Oregon National Primate Research Center in Beaverton.

He sought out the internship after learning about the research through the OHSU Casey Eye Institute.

“That way, I could solve my own problem and also help others,” he said.

Creemer’s summer project focused on a fundamental issue for stem cell therapies: rejection of transplanted cells. When stem cells are delivered as therapies for any health issue, they are perceived as “non-self” by the recipient and attacked by the immune system. Solving this problem was the subject of his internship. Creemer analyzed a possible avenue to suppress the immune system in rodents – a line of research that will now move on to testing if the treatment enhances the survival of retinal stem cell transplants.

Creemer said he was gratified by his direct contribution to the research and also looks forward to continuing the progress in his own career. He envisions working as a cell and molecular biologist.

“If I work closely with the researchers, they will understand the urgency,” he said. “They’ll know that one of their coworkers has the very syndrome they’re working on.”

Creemer, who grew up in Palo Alto, California, has long been active in raising money and awareness of Usher syndrome. In a 2018 post on the Usher Syndrome Coalition website, he relates his personal story and his commitment to doing all he can to eradicate the disease. He implores others with Usher syndome to join him.

“You have that choice to either give up and assume everything is hopeless or choose to take action and not only help yourself but others around you as well,” he writes. 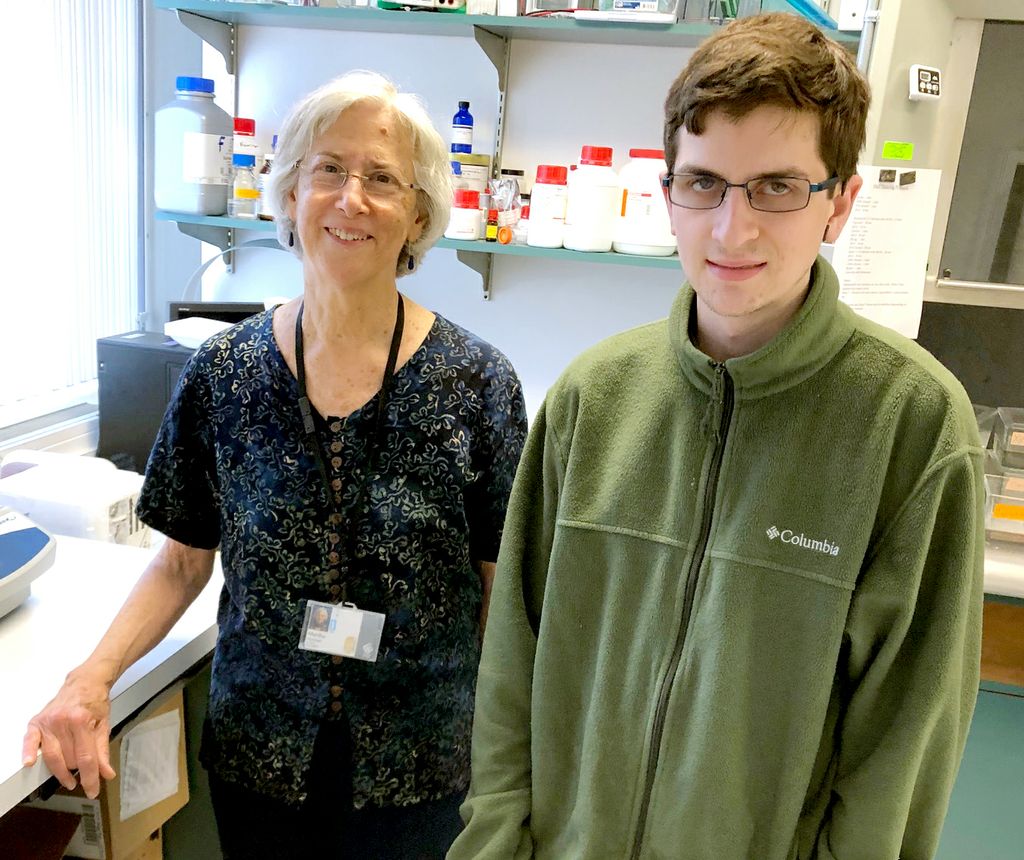 Creemer was the first intern in the lab to have the syndrome. “It makes it so much more palpable and real when you see how someone deals with their limitation and overcomes it,” Neuringer said. “It was a perfect match.” (OHSU/Erik Robinson)

Creemer was diagnosed at an early age, allowing him to benefit from cochlear implants from the time he was a child. His ability to see peripherally and at night is becoming progressively more narrow, but he says he’s able to get by just fine.

Creemer is similarly optimistic about new advancements in the use of gene therapy and stem cell techniques – including the work he conducted this summer at OHSU and the previous summer with the University of Iowa’s Institute for Vision Research. He’s hopeful that these new technologies will provide an avenue for treating his own vision loss.

Neuringer has taken on summer interns, both high school and college undergraduates, for decades. She learned about Creemer’s interest through a summer work employment program supported by the Oregon Commission for the Blind.

“This summer I wanted to free up time and not have an intern,” she said. “Then we found out about Brendan and said, ‘Of course, we’ll take him.’”

Neuringer and McGill are glad they did. His research was top-notch, and his personal background reinvigorated scientists’ sense of urgency in working toward a cure.

“It makes it so much more palpable and real when you see how someone deals with their limitation and overcomes it,” Neuringer said. “It was a perfect match.”

Across more than four decades, the Oregon National Primate Research Center at OHSU has provided research experience through internships designed for high school and college students. Almost 300 high school students have spent their summers engaged in research and since 2007, and more than 180 college undergraduates have done the same.

In addition, the center has hosted more than 100 high school teachers who bring back valuable research experience to the classroom.