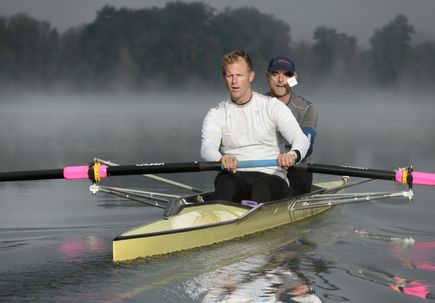 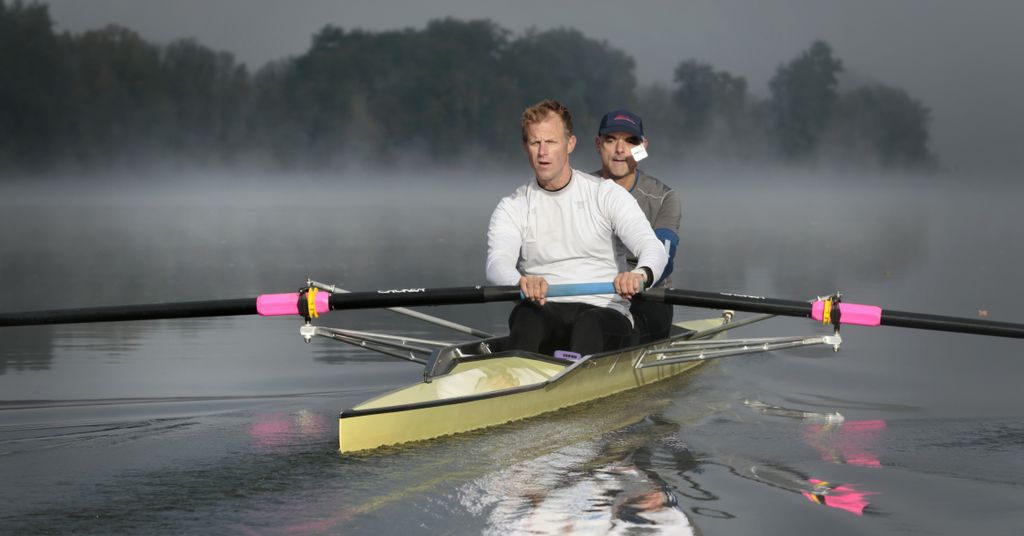 Todd Vogt (front) is training for a spot on the U.S. Paralympic National Team, following his diagnosis of early-onset Parkinson's disease at age 43. (OHSU/Kristyna Wentz-Graff)

At 43 years of age and an accomplished rower who has coached the sport professionally for more than a decade, Todd Vogt relished spending his summer mornings gliding across the water.

The last place he expected to be in the summer of 2018 was sitting in an exam room at Oregon Health & Science University. Yet he had an inkling since the spring that something wasn’t right: the weakness in his left arm, a small but persistent tremor, the inexplicable fatigue.

The diagnosis from OHSU neurologist Ron Pfeiffer, M.D., hit him like a splash of cold water: early-onset Parkinson’s disease.

“I’m a pretty healthy guy,” Vogt said. “I work out every day. I don’t smoke, I don’t drink. Other than my job, my life is pretty low-stress.”

He was devastated by the news, and getting back out on the water didn’t help – at least at first.

“My technique was messed up, as my body moved differently and the Parkinson’s fatigue slowed me down,” he said. “At first I thought I was done rowing, especially competitively.”

He admits now that it took a few months before he got over the initial shock. However, with the encouragement of Pfeiffer and naturopath Lindsay Fontenot, N.D., he turned his diagnosis into inspiration. Within six months, he started seriously training again on his rowing machine. 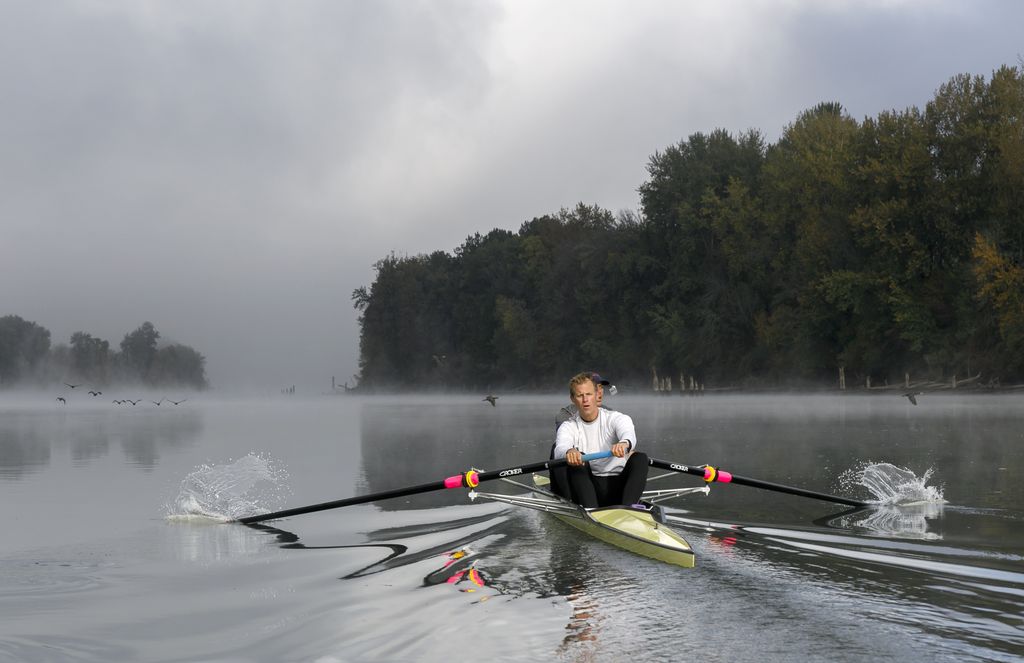 By mid-March, he was on his way toward qualifying for the U.S. Paralympic National Team in rowing.

After competing in the World Cup in Poland in June, he now has eyes on qualifying to go to Tokyo next summer as part of a four-person mixed-gender boat representing the United States in the 2020 Paralympic Games.

“When I got Parkinson’s, it opened up a whole new world because it allowed me to compete in this whole new realm,” he said.

Parkinson’s affects about 1.5 million people in the United States alone, with symptoms including tremor, muscle stiffness, slow movement, and coordination and balance problems. Scientists have yet to pinpoint a cause, and therefore treatment and prevention of the disease has remained elusive.

However, a growing body of research suggests that exercise improves clinical outcomes for people with Parkinson’s.

Vogt recently became involved with the Brian Grant Foundation, started by the former Portland Trail Blazer who was diagnosed with Parkinson’s at age 36. The organization emphasizes exercise, nutrition and a supportive network to manage symptoms and maintain overall health. 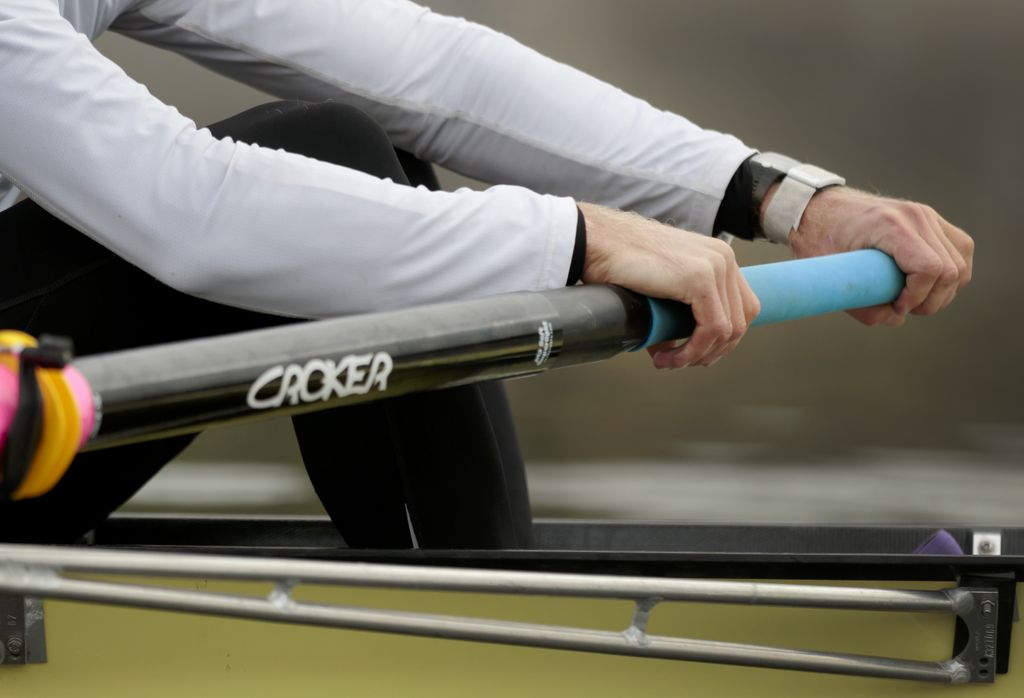 “I used to pride myself on my ability to push myself really hard,” says Vogt. “I can still do it, but not quite to my old level.” (OHSU/Kristyna Wentz-Graff)

Vogt, who continues to coach rowing at Station L Rowing Club in Portland, said he definitely feels better after a hard exercise. Even though he says he sometimes feels like a car stuck in third gear, he’s committed to pushing himself on the water to keep his symptoms stable.

“I used to pride myself on my ability to push myself really hard,” he said. “I can still do it, but not quite to my old level.”

Pfeiffer, a professor of neurology in the OHSU School of Medicine, said Vogt is an outlier among his patients, both in terms of his age and in his Olympic aspirations. (Only about 10% of Parkinson’s patients are diagnosed with early onset, usually defined as younger than 40.)

“If he can inspire other patients, both young and old, to do more – that they can do things that they may not have expected to do – then he serves as an inspiration,” Pfeiffer said.