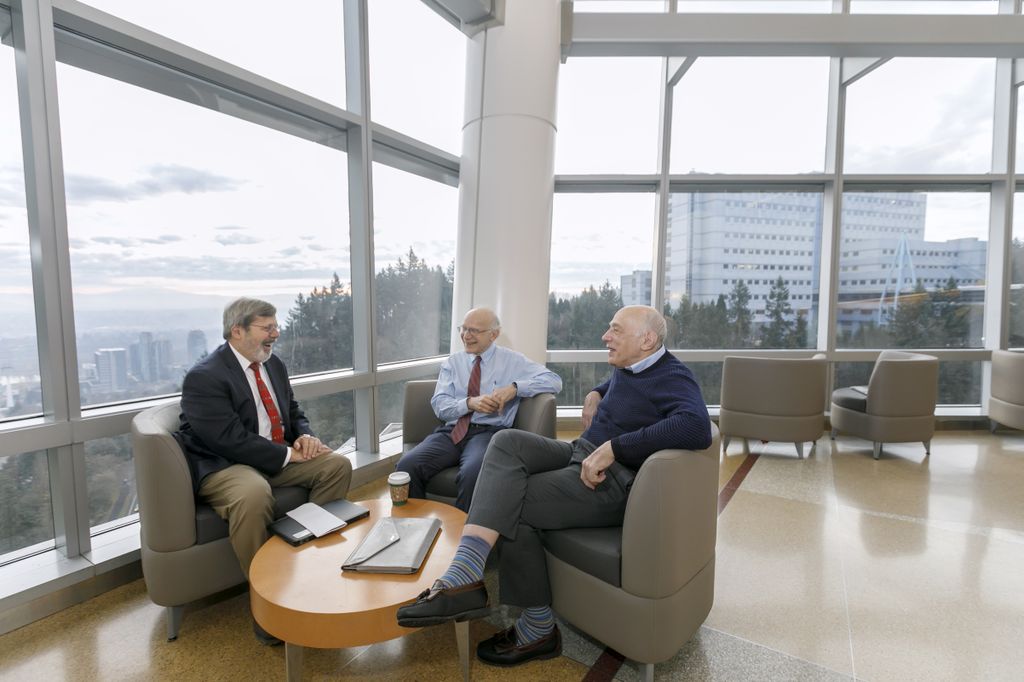 They sit casually around the table, laughing and gently poking fun as they correct each other’s recollections. It’s not a typical scientific meeting of the minds, though the brainpower in the room would certainly qualify as such. The jovial conversation focuses not on their own successes, but on the achievements of other accomplished Oregonians who have received national or international acclaim in the fields of science and medicine.

The common thread? An educational program for high school students known as Partnership for Scientific Inquiry, or PSI.

“A number of these students have written abstracts that have been presented at national meetings. Others have written essays that have won awards from the American Society for Human Genetics,” says Richard Rosenbaum, M.D., affiliate professor of neurology in the OHSU School of Medicine, interim medical director of the Legacy Medical Group Neurology Division, and medical director of Legacy Parkinson’s Program.

“I recall that one PSI alum studied the physiological impacts of space travel in monkeys,” adds Edward Neuwelt, M.D., a professor of neurology and neurological surgery in the OHSU School of Medicine. “And another received a Rhodes Scholarship.”

“I told you that!” jokes James Rosenbaum, M.D., Edward E Rosenbaum professor of inflammatory diseases, and professor of ophthalmology, medicine and cell biology in the OHSU School of Medicine.

The three are co-founders and directors of PSI. This year, they celebrate the program’s 20th anniversary.

The program has helped 1,000 students launch careers in science, medicine

Started in 1999, PSI is an OHSU program that encourages high school sophomores and juniors to perform hands-on scientific research in a laboratory, develop relationships with scientists and physicians, and expand their creative and critical thinking. 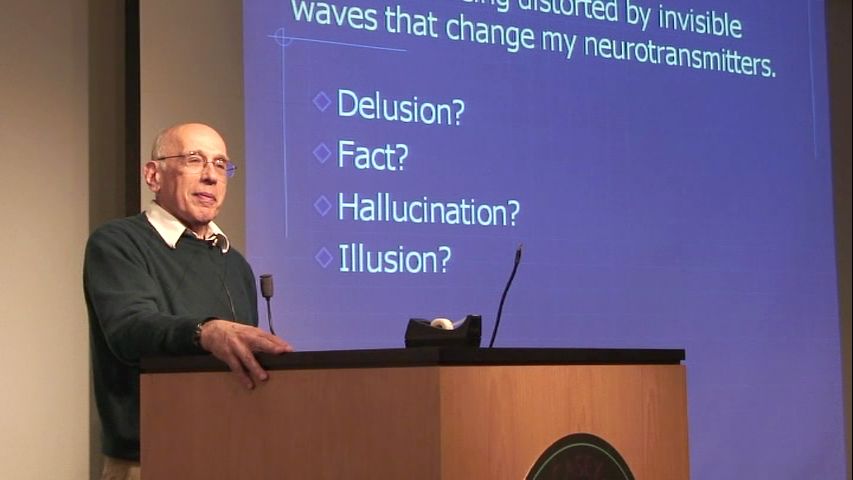 The annual four-month course, which takes place in 2-hour weekly sessions, is taught by Drs. Rosenbaum and Neuwelt, as well as numerous other OHSU scientists and clinicians, all on a volunteer basis.

The curriculum includes one-on-one scientific mentoring and interactive workshops as well as educational lectures from prominent OHSU researchers that highlight various aspects of research using the framework of specific conditions, such as Parkinson’s, Alzheimer’s disease and various types of cancer. With guidance from their mentors, students complete a critique of published, peer-reviewed research in a journal club format; they also submit and verbally present a research proposal that, during the summer months, is conducted by the student in an OHSU lab.

“There are many programs out there that follow the notion that adult scientists should offer motivation to high school students. We agree, and PSI does this in a very unique way,” says Richard Rosenbaum.

“When a high school student takes chemistry or physics or biology, they learn a series of facts,” continues James Rosenbaum. “We do the opposite. We put high school students in a lab setting and encourage them to question their assumptions, generate new ideas and to discover. This is what is unique about PSI.”

“The program celebrates the passion of science. Being at the top of the class grade-wise doesn’t pertain to PSI,” says Neuwelt. “We are looking to further compel those intrigued by a scientific career, and to create opportunities for further education and innovative thinking.” 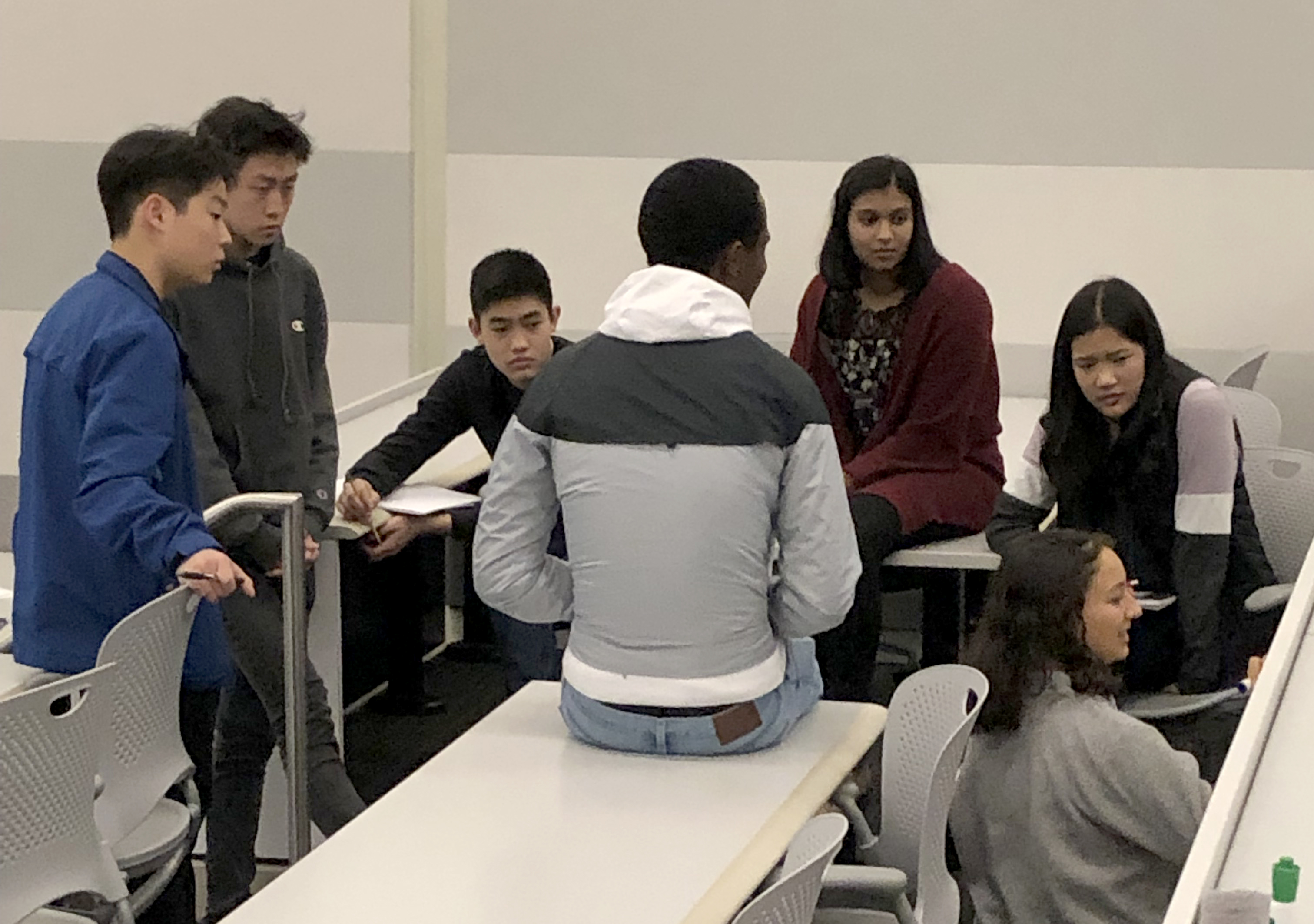 The program receives more than 200 applications each year for no more than 50 slots – PSI is offered to students from diverse backgrounds and socioeconomic statuses at no cost to them; all high school sophomores and juniors within commuting distance to OHSU are invited to apply. (OHSU)

Although competitive –  the program receives more than 200 applications each year for no more than 50 slots – PSI is offered to students from diverse backgrounds and socioeconomic statuses at no cost to them; all high school sophomores and juniors within commuting distance to OHSU are invited to apply. The program has graduated nearly 1,000 alumni, many whom have joined the ranks of top-tier medical and scientific institutions, including Stanford, Northwestern University, Purdue, UCLA and OHSU.

Inspired by Neuwelt’s life-saving neuro-oncology research and the achievements of PSI and its alumni, the Jonathan D. Lewis Foundation recently provided a grant to help fund needs-based stipends for PSI students, allowing them to continue their laboratory mentorship into the summer, instead of seeking alternative employment. This support is crucial for many underserved scientific hopefuls who – due to a reliance on seasonal income to help support their family – might not otherwise be able to participate in a summer, mentored laboratory experience to help extend their own scientific careers.

As they beam with pride about their own partnership and the successes of PSI –  and quip about how quickly the past two decades have gone – the longtime colleagues speculate about what the coming years could bring. Rosenbaum suggests a growing cadre of PSI mentors, while Neuwelt dreams of a program that will continue at OHSU for years to come, and one day, perhaps, evolve into its own specialty high school.

Whatever the future holds, the past years have made an impact:

“For me, it was: ‘What opportunity would I have dreamed about as a high school student?’ And that is what we tried to create,” says James Rosenbaum.

Adds Richard Rosenbaum, “And, we did.” 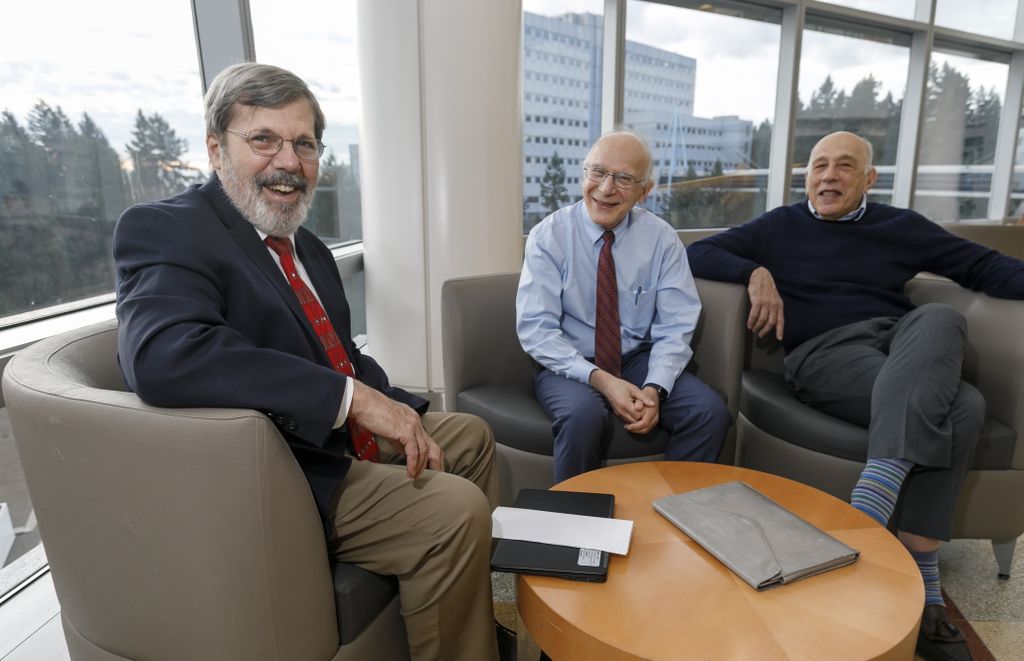 The trio have helped inspire and prepare nearly 1,000 students for future careers in science and medicine in the 20 years of the PSI program. (OHSU/Kristyna Wentz-Graff)

“PSI gave me an insight into the scientific and research world when I was 16 years old that I could not have received anywhere else. I was always curious about science, research, and health care, but had never experienced it hands-on and witnessed the role it played in people's careers in a practical way. I worked in an actual lab doing real research with live cells, was given responsibilities and allowed the freedom to manage and present my own project. Given my age at the time, I was accomplishing tough but rewarding tasks that not many people around me had the opportunity to do.”

“I cannot imagine where I would be now if the PSI program didn't exist. While, as a sophomore in high school, I had already fallen in love with behavioral science research, PSI made me realize I could do so much more and it gave me the ability to do just that.”

“I had never thought about working in a research lab in high school, and the opportunity to do so through the PSI program really inspired me to dive headfirst into the field of neuroscience.“

“I always liked science, but the PSI experience solidified that I wanted to study biology when I went off to college. I still remember being awestruck when I got to see a flow cytometer, a machine that can detect different size or chemical markers on cells and physically sort them accordingly. Having hands-on bench experience allowed me to confirm what I wanted to study in college, so I was able to get started taking all the required series of classes right away.”

“During my summer mentorship, I remember analyzing a microarray experiment (state-of-the-art at the time, pre-NGS), diving into the data, and making and presenting a way of analyzing it that was exciting to my mentor and lab team -- it felt like I was genuinely contributing to advancing science even as a high school student.”

“The PSI class and summer internship provided my first actual lab experience and provided me with the practical skills to obtain further internships in molecular biology-related fields. This gave me the experience and confidence to continue directly to graduate school following undergraduate training and was invaluable for setting up my career.”

Additional information about Partnership for Scientific Inquiry is available here, or via a 2007 report, published in The FASEB Journal titled, “Can medical schools teach high school students to be scientists?”

High school sophomores and juniors may obtain PSI application information here. The submission deadline to apply for the 2020 PSI cohort is midnight, Jan. 1, 2020.

The founders of OHSU's Partnership for Scientific Inquiry, (left to right) Edward Neuwelt, M.D., James Rosenbaum, M.D., and Richard Rosenbaum, M.D. The trio have helped inspire and prepare nearly 1,000 students for future careers in science and medicine in the 20 years of the PSI program. (OHSU/Kristyna Wentz-Graff)

The founders of OHSU's Partnership for Scientific Inquiry, (left to right) Edward Neuwelt, M.D., James Rosenbaum, M.D., and Richard Rosenbaum, M.D. The trio have helped inspire and prepare nearly 1,000 students for future careers in science and medicine in the 20 years of the PSI program. (OHSU/Kristyna Wentz-Graff)

Edward Neuwelt, M.D., a professor of neurology and neurological surgery in the OHSU School of Medicine, teaching at OHSU’s Partnership for Scientific Inquiry. (OHSU)

The program receives more than 200 applications each year for no more than 50 slots – PSI is offered to students from diverse backgrounds and socioeconomic statuses at no cost to them; all high school sophomores and juniors within commuting distance to OHSU are invited to apply. (OHSU)