‘The surgeon is the method’ 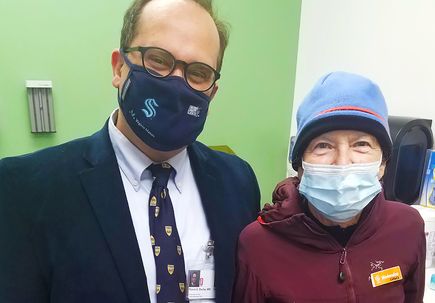 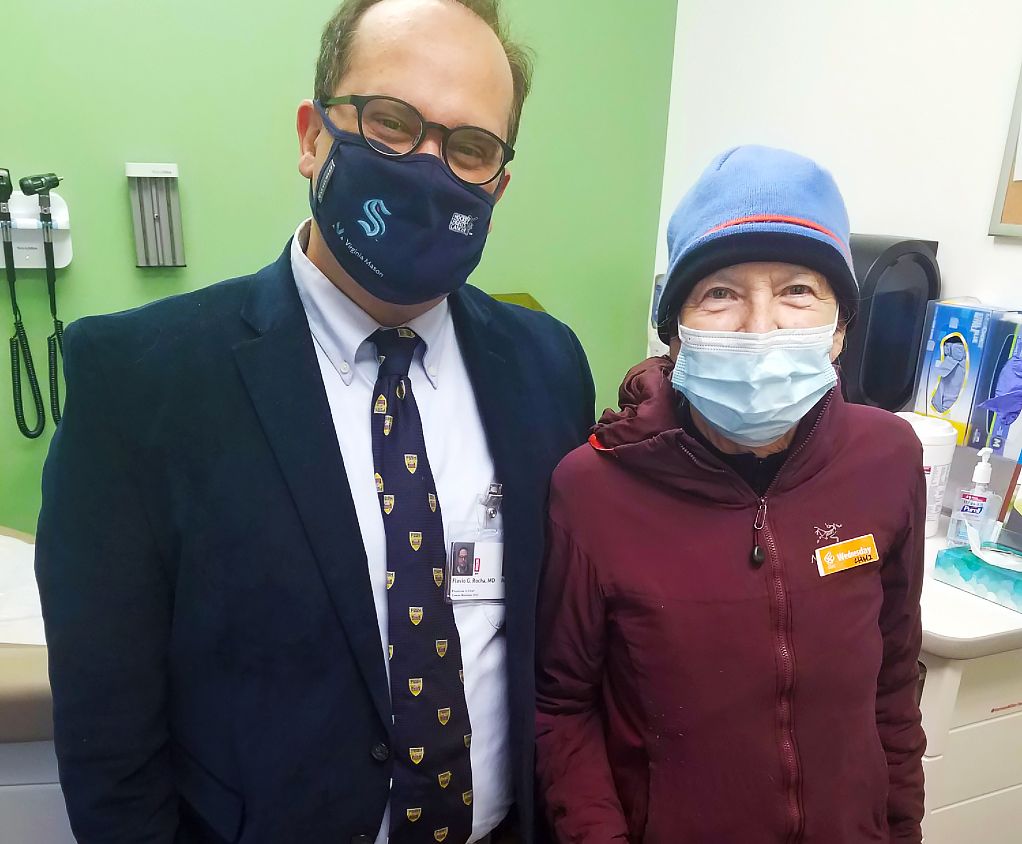 Flavio Rocha, M.D., left, with patient Anne Matsen at a post-operative check-up at OHSU. This visit cleared her return to Seattle. (Courtesy of the Matsen family)

Anne Matsen, 77, has been physically active since she arrived in the Pacific Northwest in 1971. She and her husband, Rick Matsen, an orthopaedic surgeon at the University of Washington, have climbed Mt. Rainier, Mt. St. Helens -- before it erupted -- and Mt. Baker. An avid backpacker, Anne helped carry young children on her back more than 4,000 feet up to the “magical” Enchantment Lakes in the Cascade Mountain range. For 12 summers she organized self-supported family bike rides in France. Her activities were temporarily curtailed by two cancer diagnoses: mantle cell lymphoma in 2006, followed by acute myelogenous leukemia in 2008. She recovered, completely, from both illnesses and was eager to get back to staying active.

In 2020, Anne was diagnosed with her third major malignancy: pancreatic cancer. In coordination with their three children – daughter Susanna, a surgeon at Jefferson University in Philadelphia, son Erick, a scientist at the Fred Hutchinson Cancer Center, and daughter Laura an OHSU medical school and residency graduate and orthopaedic surgeon in Seattle – the family launched a search for a surgeon to remove Anne’s pancreatic tumor. She needed a Whipple procedure, a complex operation that involves removing the tumor in the head of the gland and reconnecting the stomach, residual pancreas and bile duct.

In their search, the family said their mantra was “the surgeon is the method” -- meaning while the type of procedure is important, the person performing it is paramount. Anne says the family used their national contacts in search of a surgeon who was “experienced, expert, caring and communicative.” Those attributes, Rick says, are critical in a surgeon because Whipple surgery is “difficult and the road to recovery is often long and bumpy.”

Their search led to Flavio Rocha, M.D., a Seattle-area surgeon and expert in Whipple surgery with a “strong national reputation for excellence.” Anne says that Rocha’s ability to put her at ease as she faced a daunting procedure was evident from the start, and they agreed with his suggested treatment approach.

“My suggestion was to treat with chemotherapy first, so that when she went in for surgery, we would be able to shoot for the moon in terms of removing the entire cancerous tumor with negative margins,” said Rocha.

Rocha’s positive outlook resonated with Anne, whose primary goal, she says, was to get back as soon as possible to the active life she enjoys with her husband of 55 years, her three children and six grandchildren. She began chemotherapy in December 2020, and started preparing for surgery in spring 2021.

When Rocha was recruited to OHSU as the head of surgical oncology in the OHSU School of Medicine and Physician-in-Chief of the OHSU Knight Cancer Institute in early 2021, the Matsen’s had the option of following him to OHSU for surgery or finding another surgeon in the Seattle area. They didn’t hesitate.

“We knew we wanted to stay with Dr. Rocha,” said Rick.

A place where ‘people care about the details’

In March 2021, the Matsen’s made the drive down Interstate 5 from Seattle to Portland to prepare for Anne’s surgery. Rick said: “From the outset, the quality of the care, the people and facility at OHSU were impressive. The art, the views, the food all added to an amazing hospital experience.”

After surgery, Anne was dedicated to a rapid recovery.

“I’m a big freedom girl,” she said. “I knew I wanted to get out of the hospital after my surgery as soon as possible. I’d take 18 trips walking around the nurse’s station to impress them so I could hopefully be discharged sooner than average!”

The Matsens said the hospital staff were completely supportive and kept her “pumped up” as she exercised.

“When everything goes perfect, hospitalization lasts about a week,” says Rocha. “She was out in five days. She was a total trooper patient. And her whole tumor was removed with good, clean margins. It was as successful as an outcome we could hope for.”

‘So many touchpoints’ to OHSU 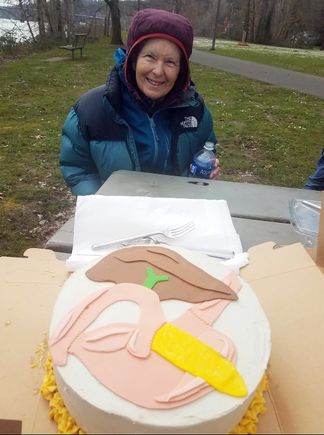 The Matsen’s connections to OHSU date back to Rick’s years in medical school at Baylor University College of Medicine in Houston. One of his classmates, Grover Bagby, M.D., became the founding director of the OHSU Cancer Institute.

“I knew if Grover was at OHSU, the program had to be top notch,” said Rick.

The Matsen’s youngest daughter, Laura, graduated from the OHSU School of Medicine and completed her orthopaedic residency at OHSU. When the daughter of one of Laura’s OHSU friends learned that Anne was going to have a Whipple procedure, she baked a cake with “anatomically correct” frosting illustrating the procedure in detail. The cake was presented to Anne after her discharge from OHSU at Portland’s Waterfront Park.

Anne said: “Frankly, Katie’s daughter understood my procedure better than I did!”

‘There’s a lot to live for’

While Anne is back in Seattle continuing treatment post-surgery, she and Rocha remain in close communication.

“When questions come up, he is quick, informative and encouraging in his responses,” said Rick. “I’ve never seen a surgeon that is as caring and communicative as he is. I send him an email and he’s right back. If he isn’t answering, he’s calling me. He never makes you feel like it’s a bother, and he’s been so positive from the very beginning.”

What advice does Anne have for patients facing a diagnosis like hers?

“I’d like them to know that there’s help at OHSU with Dr. Rocha,” she says. “There is an excellent surgeon at OHSU in Portland, Oregon. They don’t have to go to MD Anderson, or Memorial Sloan-Kettering, they can get top-notch care at OHSU.”

Anne says she is thankful for a successful surgery. She acknowledges that the road to recovery is long, but when she looks to the future, she’s optimistic.

“I want life to move on. I have six grandkids; there’s a lot to live for.”