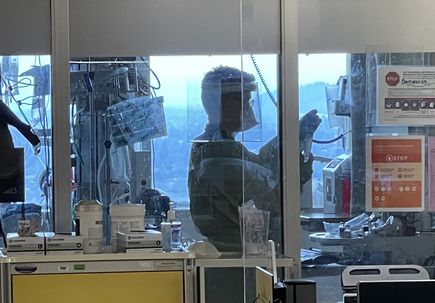 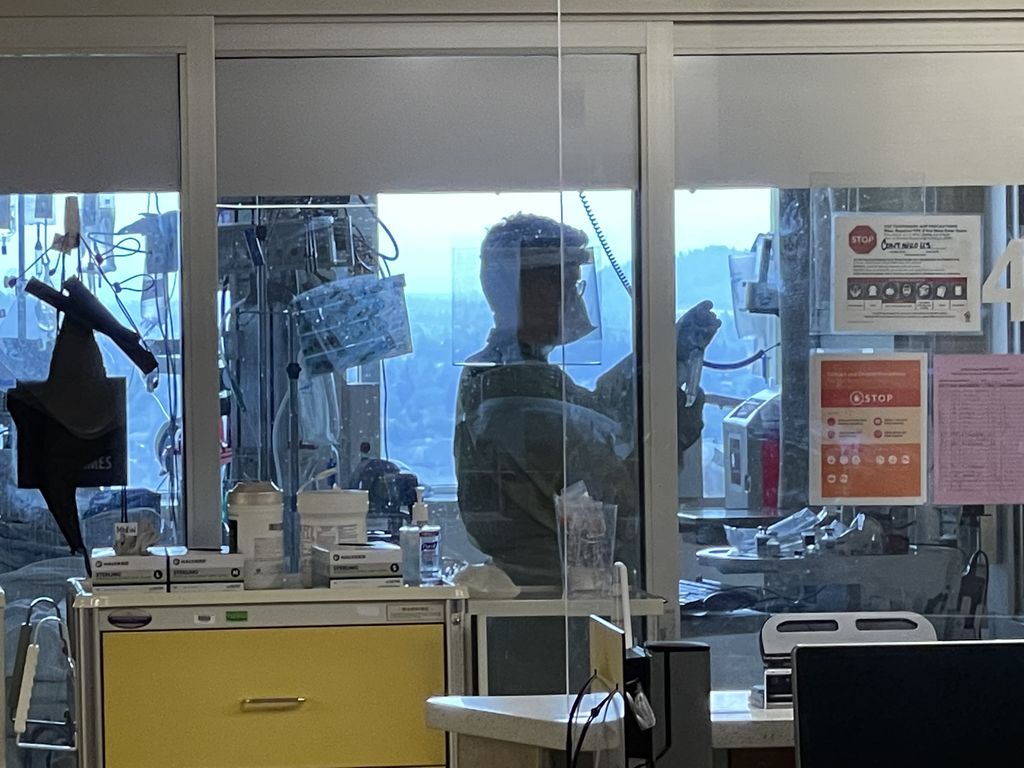 Oregon continues a descent in statewide hospitalizations from COVID-19, according to the latest updated forecast from Oregon Health & Science University.

“I’m not expecting a surge in hospitalizations,” said Peter Graven, Ph.D., director of the OHSU Office of Advanced Analytics. “It’s possible that the decline in hospitalizations could slow, since we are seeing a lot of travel and data indicating people are planning to gather for Thanksgiving.”

Even though the updated OHSU forecast reveals hospitalizations rising across Europe and case counts continuing to rise in cold-weather U.S. states, Graven said the data suggest there are likely too few susceptible Oregonians left to generate a significant new surge in hospitalizations in Oregon.

“Europe did not have the same kind of surge in the summer like we did,” he said. “The delta variant burned like a wildfire in Oregon compared to Europe at that time. In Oregon, we’ve already infected a large share of the unvaccinated population. While we don’t have as large a group of susceptible people, we could still increase hospital case levels if we back off precautions too quickly.”

The spread of the highly contagious delta variant killed scores of Oregonians and severely strained hospital capacity starting in the summer. The catastrophic uptick in hospitalizations and death was preventable since it was driven primarily by a wave of infections among unvaccinated Oregonians.

At this point, after accounting for waning immunity in vaccinated and previously infected people, roughly four out of five Oregonians are not considered susceptible to the disease.

The per-capita hospitalization rate in Europe is about the same as it is right now in Oregon – just under 10 in 100,000. However, hospitalizations in Europe are going up while the hospital census in Oregon is continuing to steadily descend from the peak of 1,187 hospitalized with COVID-19 statewide on Sept. 1.

A total of 391 people are hospitalized statewide as of Wednesday, Nov. 24, according to the latest figures compiled by the Oregon Health Authority.

Graven said Oregon is unlikely to generate a surge in hospitalizations, but it’s still possible to extend a plateau around 400 especially if large numbers of unvaccinated people gather together indoors over the holidays.