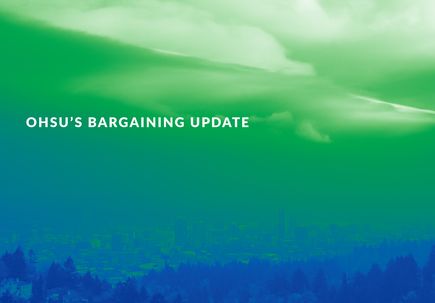 OHSU and AFSCME Local 328 today announced that they have reached a tentative agreement on a new contract early this morning, after over 20 hours of mediated bargaining.

Highlights from the tentative agreement include:

Now, AFSCME members will vote to ratify the new contract. If ratified, the contract will become effective the second full pay period after ratification.

This is a huge accomplishment, and we appreciate the dedication of both bargaining teams for their time spent reaching this agreement and their support of our valued employees.