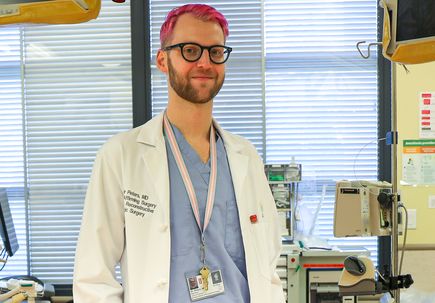 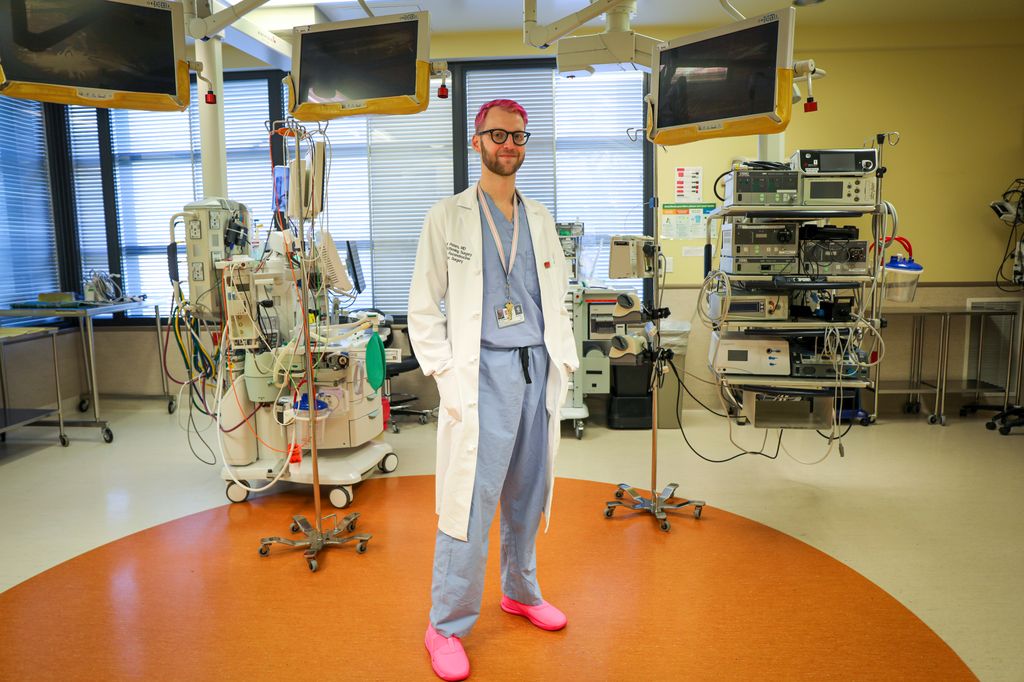 More than 10,000 nerve fibers enable the pleasurable sensations created by the human clitoris, according to new Oregon Health & Science University-led research presented today at a joint scientific meeting of the Sexual Medicine Society of North America and the International Society for Sexual Medicine.

This finding is the result of the first known count of human clitoral nerve tissue. It’s also about 20% more than the often-quoted estimate of 8,000 nerve fibers, which is believed to be derived from livestock studies.

Blair Peters, M.D., an assistant professor of surgery in the OHSU School of Medicine and a plastic surgeon who specializes in gender-affirming care as part of the OHSU Transgender Health Program, led the research and presented the findings. Peters obtained clitoral nerve tissue from seven adult transmasculine volunteers who underwent gender-affirming genital surgery. Tissues were dyed and magnified 1,000 times under a microscope so individual nerve fibers could be counted with the help of image analysis software.

Nerves are made of bundles of thin nerve fibers, also known as axons. Nerves — which carry electrical impulses between the brain and the rest of the body — enable people to feel and respond to stimulus such as touch.

“It’s startling to think about more than 10,000 nerve fibers being concentrated in something as small as clitoris,” Peters said. “It’s particularly surprising when you compare the clitoris to other, larger structures of the human body. The median nerve, which runs through the wrist and hand and is involved in carpal tunnel syndrome, is known for having high nerve fiber density. Even though the hand is many, many times larger than the clitoris, the median nerve only contains about 18,000 nerve fibers, or fewer than two times the nerve fibers that are packed into the much-smaller clitoris.”

While the penis has been widely studied, the vulva — which includes the clitoris, labia majora and labia minora — is poorly understood. Medical science hasn’t historically paid much attention to the sexual function of people with vulvas, which has led to a significant knowledge gap in the field of sexual health.

Peters studies clitoral nerves to improve outcomes for phalloplasty surgery, which creates a new penis for transmasculine patients. He aims to use the findings to improve sensation for surgical patients by better selecting nerves to connect during phalloplasty procedures, as well as to develop new surgical techniques to repair injured nerves.

The findings could also help reduce accidental nerve damage for patients who undergo an aesthetic procedure known as labiaplasty, which reduces the size of inner flaps of skin on either side of the vaginal opening.

“Better understanding the clitoris can help everyone, regardless of their gender identity, but it’s important to acknowledge this research is only possible because of gender-affirming surgeries and transgender patients,” Peters said. “There’s something profound about the fact that gender-affirming care becoming more commonplace also benefits other areas of health care. A rising tide lifts all boats. Oppressing or limiting transgender health care will harm everyone.”

Moving forward, Peters is also interested in studying and counting nerve fibers in a pleasure-inducing part of the penis: the tip, which is also known as the glans penis. That knowledge could improve clitoral construction in gender-affirming genital surgeries for transfeminine patients, and also help clinicians better understand comparable nerve structures between the clitoris and the penis.

In addition to an abstract that was presented at the meeting today, a more detailed paper explaining Peters’ research is undergoing peer review with a scientific journal.
The study’s authors are Peters, Maria Uloko, M.D., of University of California San Diego, and E. Paige Isabey, M.D., of University of Manitoba. Matthew D. Wood, Ph.D., and Daniel A. Hunter, both of Washington University School of Medicine, assisted with the study’s nerve analysis.

This research was supported by OHSU.