Physician-in-training came to Oregon from a state where abortion is banned, she’s unable to receive training
By Nicole Rideout November 16, 2022 Portland, Oregon 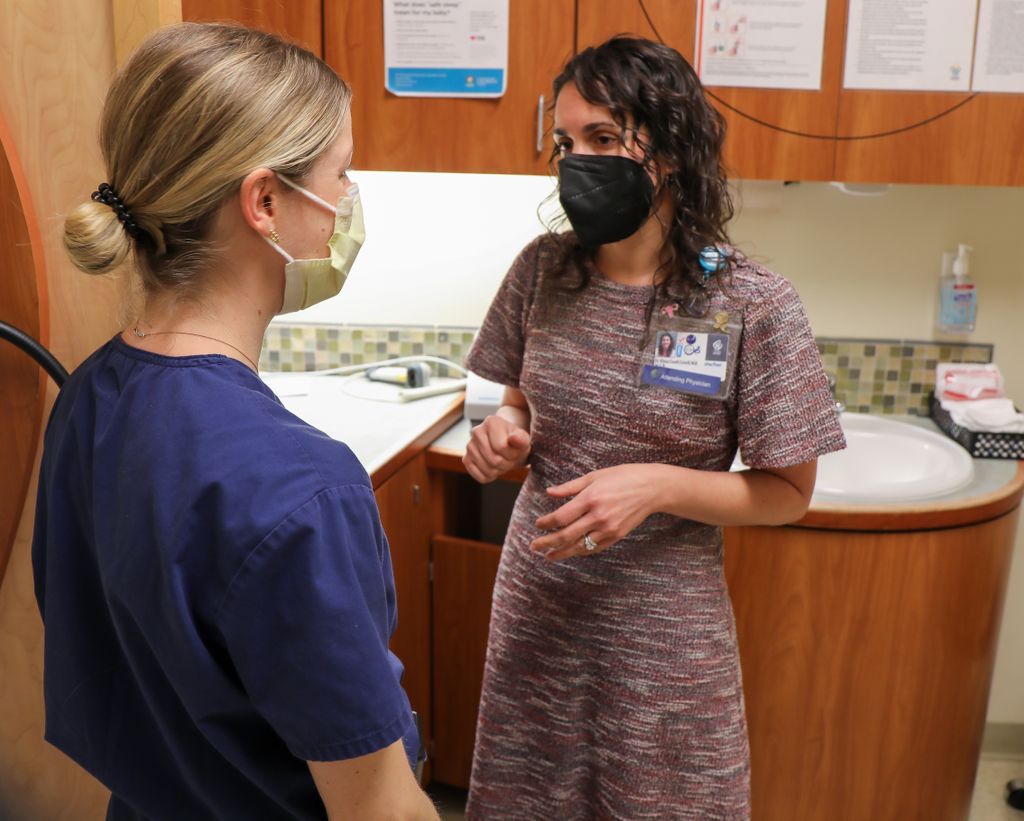 The physician-in-training, who remains anonymous for safety reasons, was not able to receive the training within her own obstetrics and gynecology residency program, due to a statewide abortion ban — which puts her and her institution at risk of being charged with a felony.

Her training at OHSU was sponsored by the Abortion Care and Training Fund, or ACT Fund, which helps ensure the next generation of clinicians knows how to perform essential reproductive health services.

As many states crack down on reproductive health care with restrictive laws, medical residents across the country who are pursuing careers in obstetrics and gynecology are no longer able to complete the necessary education and training in their own states. This dangerous new reality led OHSU to spearhead a unique program, supported by the ACT Fund, that allows out-of-state residents to receive education and training for abortion care in Oregon from OHSU’s family planning team.

During their time at OHSU, visiting residents gain hands-on experience with various procedures and surgeries, and learn how to effectively counsel various patient populations so they’re able to make educated, informed decisions about their patients’ sexual and reproductive health.

“It’s a really frightening reality we’re living in,” said Alyssa Colwill, M.D., assistant professor of obstetrics and gynecology in the OHSU School of Medicine, who leads the OB/GYN Ryan Residency Program at OHSU, which teaches medical fellows, residents and students complex contraception and abortion care. “If medical students and residents aren’t able to learn these skills — which should be considered very basic, standard practices — they won’t be able to properly care for patients. This goes far beyond just the states with abortion bans; it is truly a threat to women’s health care everywhere.”

OHSU is committed to providing the full continuum of sexual and reproductive health care — including abortion — to all who seek it. Colwill emphasizes how essential it is to educate the next generation of clinicians. She also acknowledges the increased responsibility OHSU has, along with other reproductive health care providers in Oregon, to ensure people from outside the state are also able to access the critical care they need.

New reality for residents in obstetrics and gynecology

Abortion bans have been a significant setback for residents who have worked for years to pursue careers in medicine, and specifically in women’s health.

“When I found out that Roe v. Wade fell, I was horrified,” the visiting resident said. “I’ve always wanted to be a doctor. As a woman, I felt my bodily rights were being taken away, as well as my career. My path changed overnight.”

While she’s grateful that OHSU created the program and opportunity, she notes that getting to that point was difficult, both logistically and emotionally.

“Unfortunately, the biggest feeling I’ve had around this opportunity is fear,” she said. “I fear that I could jeopardize my own standing in residency, jeopardize funding for my institution, or jeopardize my colleagues and their opportunity to do something like this in the future.”

Despite the challenges to get to OHSU and the inherent risk in participating in the program, the resident says the training exceeded her expectations and provided a welcome reprieve from the harsh new reality of sexual and reproductive health care in the Unites States.

“I feel like OHSU is such an oasis for patients who want and need this care,” she said. “It’s a refreshing perspective to be in a place with no judgment and such strong support around this type of health care.”

The ACT Fund is made possible by community support and philanthropy. The funding supports and provides continued training opportunities for OHSU’s dedicated clinicians and advocates — especially those practicing in states where training has or will be banned or restricted. The opportunity to learn at OHSU also gives hope to many aspiring health care professionals who simply want to make a difference in the lives of others.

“Despite the uphill battle we are fighting, I am fired up and want to make a difference in the situation,” the resident said. “Even though it will be immensely more difficult now, I’m more motivated than ever to pursue a path in women’s health.”