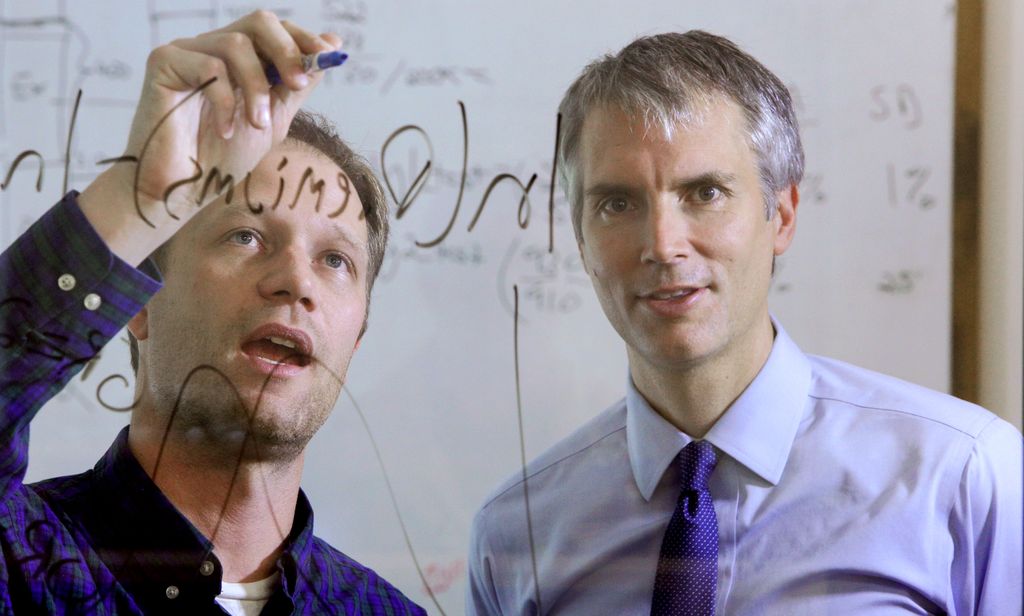 John McConnell, Ph.D., (right) director of the OHSU Center for Health Systems Effectiveness, notes that Oregon’s CCO model has resulted in a 7 percent reduction in Medicaid spending. Details of this study have published in the March 2017 issue of the journal Health Affairs. (OHSU)

Medicaid now is the largest insurance program in the United States, covering 74 million people, or nearly 1 out of every 4 people across the nation. Like all insurance models, Medicaid has not been immune to health care cost growth, which can place particular pressure on state budgets.

In response to this, states have implemented experimental Medicaid programs with the goal of finding ways to control overall coverage costs. A study published in the March issue of the journal Health Affairs suggests Oregon’s approach to Medicaid delivery as a viable model to achieve this goal.

In 2012, Oregon transferred a majority of its Medicaid enrollees into 16 coordinated care organizations, a type of Medicaid accountable care organization. CCOs have engaged in a variety of innovative efforts to change the delivery of care for their patients, including:

Using claims data, a team of OHSU researchers compared Oregon’s measures of access, appropriateness of care, utilization and expenditures for five key service areas: evaluation and management, imaging, procedures, tests and inpatient facility care, to that of Washington state. Although it offers a similar Medicaid demographic to Oregon, Washington did not offer an expansive delivery system at the time of study.

The study’s findings suggest that Medicaid payment and delivery system reform can work.

“The Oregon CCO transformation was associated with a 7 percent relative reduction in expenditures across the sum of these services,” said John McConnell, Ph.D., the study’s senior author and director of the OHSU Center for Health Systems Effectiveness. “This was largely due to reductions in inpatient utilization. Oregon’s transformation was also associated with reductions in avoidable emergency department visits and improvements in some measures of appropriateness of care.”

Despite this success, the study also uncovered a reduction in overall primary care visits for Medicaid patients under the CCO model, which raises potential concern with regard to general preventive care and emphasis on primary care homes.

“This decline could be due to the limited primary care capacity in Oregon, potentially due to Medicaid expansion, or could represent offsets by other forms of community-based care and efforts to reduce the social determinants of health,” explained McConnell. “Nonetheless, primary care access is something that should be closely monitored moving forward.”

This research was funded by the National Institutes of Health Common Fund’s Health Economics Program (grant number 1R01MH1000001) and the Silver Family Foundation.

The March 2017 edition of Health Affairs contains a broad look at works and what doesn’t when it comes to delivery system innovation. Research conducted by John McConnell, Ph.D., director of the OHSU Center for Health System Effectiveness, highlights Oregon’s CCO transformation and its result in lowered Medicaid spending. (Health Affairs)

What's next? Discussing the future of health care and possible ACA repeal