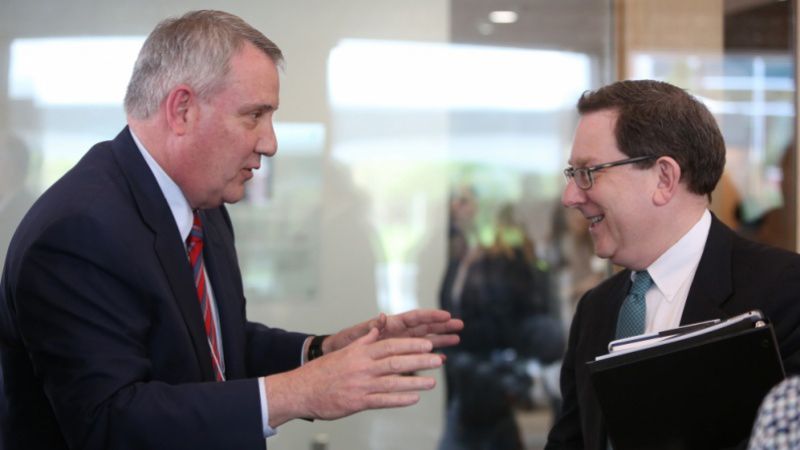 Two new research facilities being built 110 miles apart may move the University of Oregon and Oregon Health & Science University closer together than they've been in more than 40 years.

In a daylong summit last month at Western Oregon University in Monmouth, about 90 UO and OHSU researchers from a variety of disciplines brainstormed possible collaborations. Both institutions are currently developing major new research facilities thanks to unprecedented gifts from the same benefactor.

"This was a day about setting the stage for deepening the relationship between OHSU and the UO, and begin to further conversations about broader regional initiatives, especially between two Knight campuses," said UO biologist Patrick Phillips, acting executive director of the Phil and Penny Knight Campus for Accelerating Scientific Impact.

Click here to read more about the research collaboration summit.