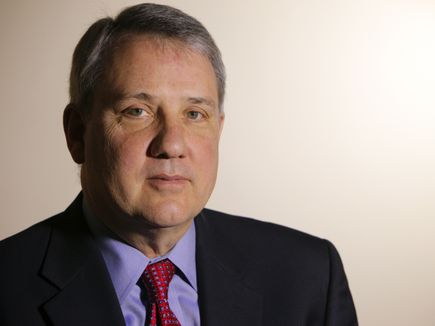 As Oregon’s academic health center, OHSU provides leadership in health policy when the health and well-being of Oregonians are at stake. OHSU recently expressed its opposition to the American Health Care Act and its impact on Oregonians’ access to care. Today, OHSU must share its concerns about the President’s proposed Fiscal Year 2018 budget for the U.S. Department of Health and Human Services – especially as it affects the Medicaid program and funding for the National Institutes of Health (NIH). While this is just the beginning step in a long process of developing a federal budget, its direction is deeply troubling.

In the budget released today, Medicaid would be cut by $627 billion over the next 10 years, reflecting the policies proposed in the American Health Care Act. Simply put, this means thousands if not hundreds of thousands of Oregonians who receive care today under the Medicaid expansion would be unable to access health care. It would be a surrender of the gains our nation has made at reducing the number of people without insurance. It would mean a return to the days where those without access to care seek it only in the emergency room where long-term outcomes are worst and costs are greatest.

All the clinicians at OHSU are dedicated to their missions of providing care and to OHSU’s specific mission to improve the health of Oregonians through teaching, healing and discovery. The prospect of our fellow Oregonians no longer having access to care at OHSU or other health systems is deeply troubling.

OHSU is also gravely concerned about the proposed cuts to the National Institutes of Health. On the heels of bipartisan congressional support for the NIH’s existing budget, the administration has proposed cutting NIH funding by nearly $6 billion, or nearly 20 percent, including across-the-board cuts for nearly all of NIH’s institutes and centers. It is difficult to overstate how shortsighted this proposal is. The basic science today that leads to cures tomorrow is largely funded by NIH grants. At OHSU in 2016, NIH supported $234 million in research across a broad spectrum of human health, including cancer, Alzheimer’s, AIDS and stroke.

OHSU believes these proposed cuts to our nation’s commitment to human health are unwise and cannot support them. OHSU’s leadership will work with Oregon’s congressional delegation to share these views and be a voice for those Oregonians who are looking for access to care today as well as those who are depending on science to bring them cures in the future.