By defying odds, Joe Heiden aims to “give others impacted by cancer hope”
By Amanda Gibbs June 09, 2017 Portland, Ore. 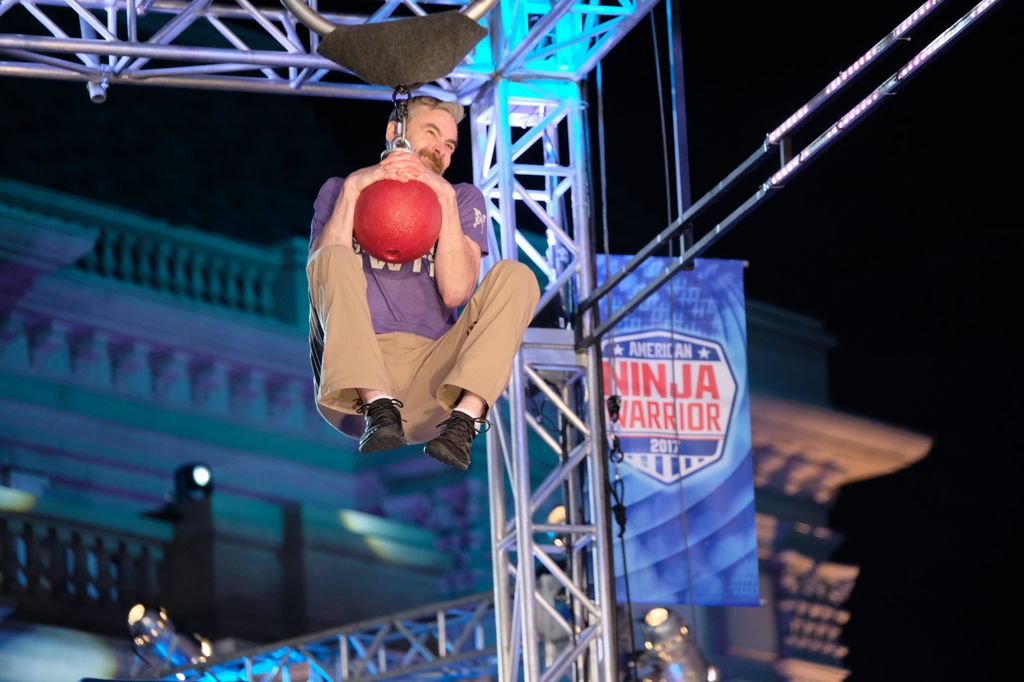 When 46-year-old pancreatic cancer survivor Joe Heiden walked into his local gym in the summer of 2016, he was recovering from major surgery and weighed only 145 pounds. His goal: to, one day, hit a buzzer in the qualifying round of the television program “American Ninja Warrior.” The people at the front desk thought he might have been kidding, but then referred him to someone who ended up being the perfect physical trainer.

Unable to run a lap around a track, or complete a single pull up at first, after a few training sessions Heiden’s potential and determination was realized. His trainer, now a good friend, was pleasantly surprised eight months later at how prepared he was for the event. 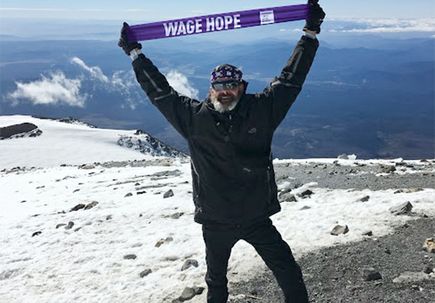 “Despite everything I’ve been through, in some ways, I’m in the best shape of my life now, as a cancer survivor,” Heiden said. “Having a very specific goal helped me stick to a much more rigorous training schedule than I would have otherwise. It was also a great way to keep me focused on the positive.”

Becoming a show contestant was anything but easy. Heiden, a husband and father to four daughters, was diagnosed with pancreatic cancer in October 2014 and received treatment at the OHSU Knight Cancer Institute. When he underwent initial evaluation at OHSU, his pancreatic tumor was large and did not appear surgically treatable. Heiden enrolled in a clinical trial that combined chemotherapy and immunotherapy which lead to a dramatic reduction in the size of his tumor. A course of radiation therapy was used to additionally shrink the tumor.

Following these treatments, Kevin Billingsley, M.D., chief of the division of surgical oncology at the OHSU Knight Cancer Institute, removed Heiden’s tumor in an eight-hour operation that involved removal of the majority of his pancreas, his spleen and surrounding lymph nodes. It was after his successful surgery that he made the decision to start training for a chance to compete on “American Ninja Warrior” as a way to regain his strength and build muscle mass. He knew this would be difficult, as he had lost more than half of his size throughout his cancer treatment.

As his training progressed, Heiden met a huge milestone in September 2016, and was able to climb Oregon’s Mount Adams. However, at a check-up appointment the very next day, a computerized tomography, CT, scan revealed Joe’s cancer had metastasized and was now in his lungs.  One of the tumors was again successfully removed. He needed to take six weeks off from training to recovery from surgery, but never lost his spirit.  While the pancreatic cancer is still present in one lung, he is determined to beat it “once and for all.”

At the television show taping, his friends and family weren’t the only ones cheering him on from the crowd. His oncologist, Gina Vaccaro, M.D., also made the trip to Los Angeles to watch Heiden compete.

“Joe is an inspiration to everyone he meets,” said Vaccaro, a clinician in the OHSU Knight Cancer Institute who specializes in treating patients with pancreatic tumors. “His tenacity and perseverance played a vital role in his treatment.”

Billingsley said Heiden's physical regime likely contributed to his ability to recover quickly after surgery. It is Billingsley’s belief that the combination of chemotherapy and aggressive surgery were central to his successful outcome.  However, he also attributes much of Heiden’s recovery to his determination, and “relentlessly positive attitude.”

“His recovery from not one, but two, surgeries is incredibly inspiring,” said Billingsley. “At his check-ups, Joe and I now talk about his training, and his races. His story is one that will inspire patients battling cancer.”

This Monday, Heiden will gather with friends and family to watch the airing of his show at a local pub. Proceeds from the evening’s purchases will benefit the Pancreatic Cancer Action Network.

“In the end, it’s not about me, or the results of the competition,” said Heiden. “It’s about how a two-time pancreatic cancer survivor made it to compete on one of the most physically demanding obstacle courses out there. I did it to give others impacted by cancer hope. It’s just the beginning of another amazing chapter in my life that I am truly grateful for!”