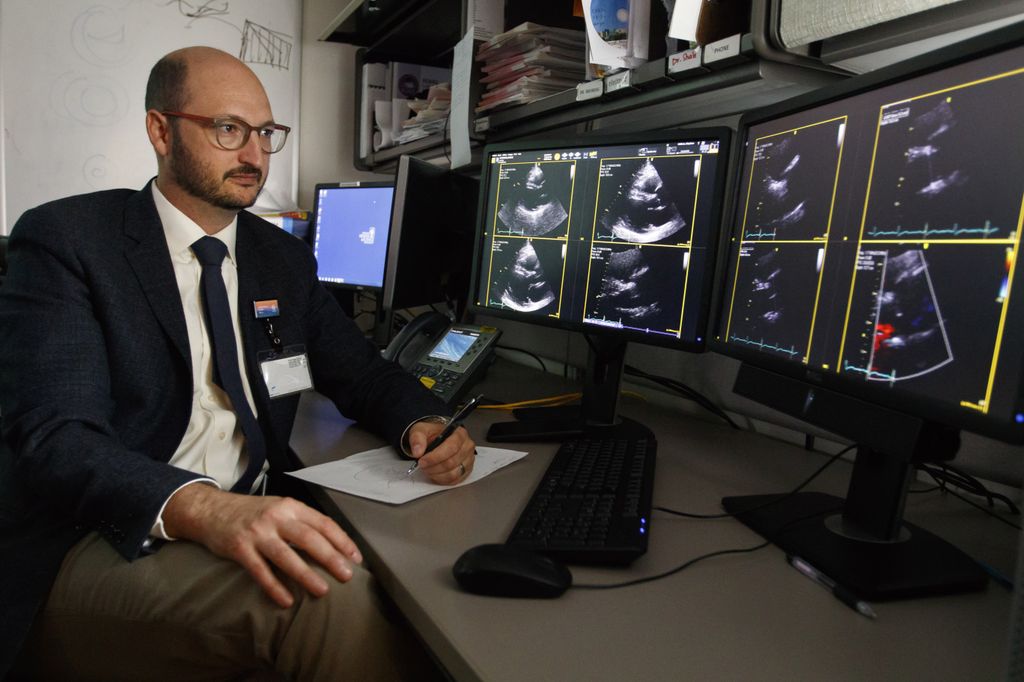 An experimental treatment for a potentially fatal, inherited condition that thickens the walls of the heart - causing patients to get short of breath when active - reduced symptoms for clinical trial participants in a Phase II study led by OHSU in Portland, Oregon.

The investigational drug, mavacamten made by MyoKardia Inc., was developed to treat hypertrophic cardiomyopathy, or HCM, a disease that impacts about 1 in 500 people, and is the commonest cause of sudden death in young and otherwise healthy athletes. In this disease, patients often have a genetic mutation that causes the heart wall to thicken and makes it harder for the heart to pump out blood.

Stephen Heitner, M.D., director of the HCM Clinic for the OHSU Knight Cardiovascular Institute, presented results of the trial at the Heart Failure Society of America’s 21st Annual Scientific Meeting on Sept. 18.  The presentation expanded upon initial results reported in August.

Heitner said these additional data from the study raised no safety concerns from the independent review committee, suggesting that it is appropriate to move forward with additional clinical trials. The drug resulted in improvements in symptoms, functional capacity and laboratory findings, to a level where open heart surgery -- the current standard of care for these patients -- may no longer be needed. Importantly, when treatment was stopped, the study participants’ physiological abnormalities and symptoms returned, suggesting that the effects of this investigational medication are reversible.

Mavacamten is a targeted therapy designed to treat the underlying cause of hypertrophic cardiomyopathy by making it easier to squeeze blood out the heart.

Heitner said that “for the first time, we have a medication that appears to address the root cause of obstructive hypertrophic cardiomyopathy.”

The first group of 11 participants enrolled at five clinical trial sites in the U.S. received the drug for 12 weeks and then were seen four weeks after receiving their last dose. One participant did not complete the study.

Heitner and his colleagues from Yale School of Medicine, Mayo Clinic Arizona, University of Pennsylvania, Duke University Medical Center and MyoKardia are currently designing the next-phase clinical trial, for which he will serve as the lead U.S. investigator.

MyoKardia sponsored the clinical trial. Heitner has received some funding for other work from MyoKardia.

In the interest of ensuring the integrity of research and as part of OHSU’s commitment to public transparency, OHSU actively regulates, tracks and manages relationships that its researchers may hold with entities outside of OHSU. Review details of OHSU's conflict of interest program to find out more about how we manage these business relationships.