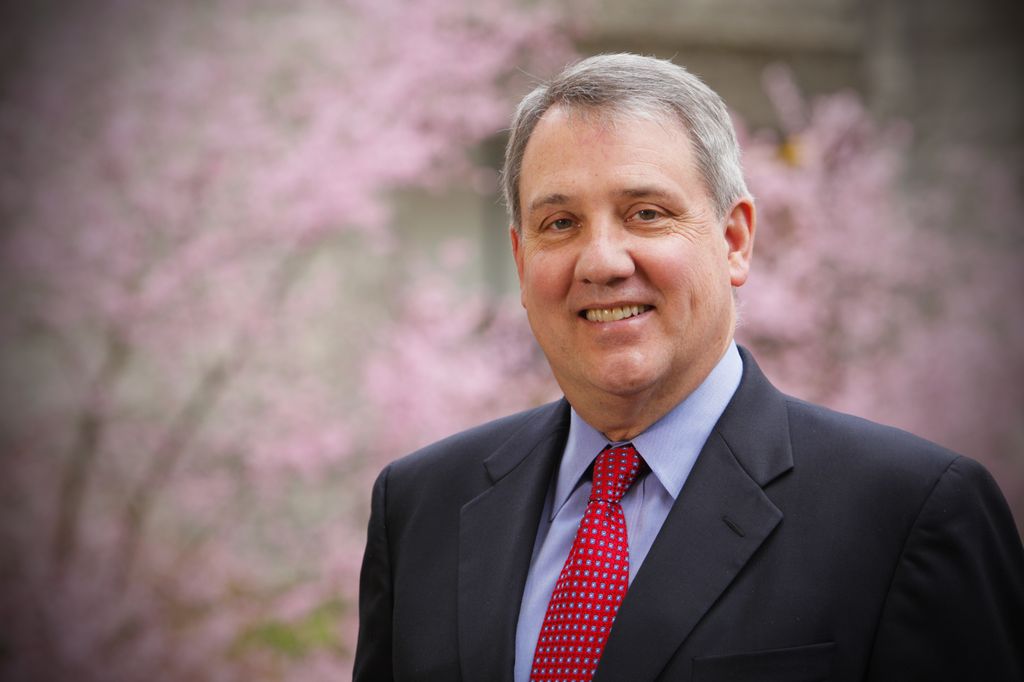 OHSU has announced that Joe Robertson, M.D., M.B.A., will retire as president after nearly 40 years of service. Robertson said his decision is motivated by a desire to focus on his health and his family.

Last month, Robertson shared with the OHSU Board of Directors and campus community that he was diagnosed with a mild form of multiple sclerosis.

“My diagnosis was a shock to me and my family,” he said. “While my doctors assure me that I could continue to execute my role as president, this news has compelled me to re-evaluate my future and my family’s well-being,”

Robertson is retiring on Oct. 31, 2017. He has offered to continue serving as president through the academic year without salary because he will begin receiving his PERS retirement benefits on Nov. 1.

“My purpose in offering to serve into retirement is to ensure continuity for OHSU during the search for the next president,” Robertson said.

The OHSU Board of Directors will consider a resolution at its Oct. 26 public meeting to accept his offer and appoint him to serve as president through June 15, 2018.

“I believe Joe’s offer of continued service would be of significant benefit to both OHSU and the public,” said OHSU Board Chair Maria Pope. “Beyond the continuity and stability it provides, it would allow him to continue to provide leadership in important health care and education policy conversations in Salem and our nation’s capital.”

Throughout his tenure as president, Robertson has continued to provide some clinical services for which he receives separate compensation. He hopes to continue serving in a part-time faculty role at the Casey Eye Institute.

“I recognize that my plans might not be everyone’s idea of retirement, but my OHSU colleagues will understand that medical practice isn’t just a job we do, it is part of who we are.”

Pope said that while news of Robertson’s retirement is unexpected, board members understand and respect his decision in light of his recent diagnosis.

“Joe has been an exceptional leader and is deeply committed to OHSU’s public mission of educating tomorrow’s health care providers, pursuing research discoveries to advance health, and providing the highest quality patient care.  His ability to bring people together to improve the health of all Oregonians has become a hallmark of OHSU’s culture.”

He was instrumental in significant philanthropic gifts, including working with Brian Druker, M.D., on the successful completion of the Knight Cancer Challenge bringing $1 billion for early cancer detection research. Robertson also expanded OHSU’s clinical, research and academic programs around the state with the Campus for Rural Health and partnerships and programs in Southeast Asia.

Robertson has served as OHSU president since September 2006. He first joined OHSU as a resident in ophthalmology in 1979. He joined the OHSU faculty in 1985. A successful retinal surgeon, he was increasingly recognized for his leadership abilities, serving as director of the Casey Eye Institute and dean of the School of Medicine before being tapped as president.

The board will move quickly to launch a national search for the next president.

Joe Robertson, M.D., was selected as OHSU president in 2006. Since that time, OHSU has undergone dramatic growth and change, driven by a strategy of collaboration and innovation. Following are some of the highlights of his 11-plus years as president:

OHSU President Joe Robertson bows as he receives a gift during a meeting with key leaders of the country of Myanmar, July 27, 2017 at OHSU Casey Eye Institute. Faculty from all five OHSU schools have visited parts of Myanmar and are in the process of laying the groundwork for training and teaching its people. (OHSU)

OHSU has announced that Joe Robertson, M.D., M.B.A., will retire as president after nearly 40 years of service. Robertson said his decision is motivated by a desire to focus on his health and his family. (OHSU)