Gearing up for jobs of the future

How building an inclusive climate creates success for all students in STEM
By Tracey Lam March 28, 2018 Portland, Oregon 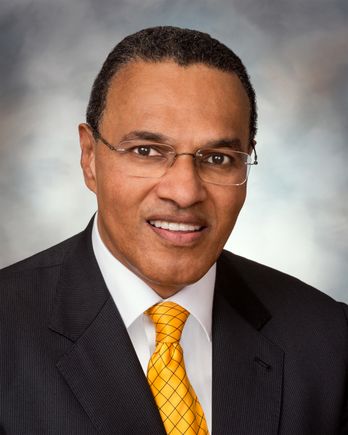 Freeman Hrabowski, Ph.D., presenting the OHSU Mark O. Hatfield Lecture, “Holding Fast to Dreams: Creating a Climate of Success for All Students in STEM and Beyond."

The vast majority of jobs in the next 10 years, including those in health care, architecture and software development, will require knowledge in science, technology, engineering and math, otherwise known as STEM. However, the pursuit of STEM careers isn’t accessible or attainable for many underrepresented minorities or students living in underserved communities. For academic institutions, rapid changes in demographics and technology pose enormous challenges in preparing all students to respond to the demands. One university is overcoming those challenges.

University of Maryland, Baltimore County was once a small commuter college of 14,000 students. Today, it is a world-renowned powerhouse for scientific potential. It produces more black students who earn M.D., Ph.D. degrees than any other college in the country.

UMBC President Freeman Hrabowski, Ph.D., will share keys to his unprecedented success in cultivating academic innovation at an upcoming OHSU Mark O. Hatfield Lecture. Hrabowski will discuss how his model of inclusive excellence has proven successful for students who are historically underrepresented in STEM fields. One of his secrets, he says, is teaching kids communication and problem-solving skills, as well as helping them develop a sense of self-worth.

OHSU Mark O. Hatfield Lecture, “Holding Fast to Dreams: Creating a Climate of Success for All Students in STEM and Beyond,” takes place on Monday, April 9, 2018, 7 p.m., at the Collaborative Life Sciences Building, 2730 S.W. Moody Ave., on Portland’s South Waterfront.

This lecture is free and open to the public. Seating is first-come, first-serve. An overflow area with a live stream of the lecture will be available.

“When I talk about holding fast to dreams, the dream is that every child will have this belief that I can do whatever I want to do and the belief that hard work can lead to solving the problems of humankind,” said Hrabowski in an interview on Comcast Newsmakers.

He credits that strategy for contributing to the UMBC men’s basketball team’s stunning victory March 16 over No. 1 University of Virginia – the biggest upset in the history of the N.C.A.A. men’s basketball tournament. In an interview with The New York Times, Hrabowski said the No. 16-seeded UMBC’s win is an example of how working hard and believing in themselves allowed a group of young men to beat the odds.

Hrabowski was born in 1950 in segregated Birmingham, Alabama, the only son of two math teachers. At age 12, he was swept up in a mass arrest during the Children’s Crusade civil rights march led by the Rev. Martin Luther King, Jr. Birmingham's notorious Public Safety Commissioner Eugene "Bull" Connor spat in Hrabowski’s face, and he spent five nights in jail with other children, emerging committed to social change.

Hrabowski has served as the president of UMBC since 1992. He co-founded the Meyerhoff Scholars Program in 1998, which supports high-achieving underrepresented minority scholars in pursuing STEM-based education and careers. President Barack Obama appointed Hrabowski chair of the President’s Advisory Commission on Education Excellence for African-Americans. Hrabowski was also named one of America’s Best Leaders by U.S. News & World Report (2008) and was on the list of Time Magazine World’s 100 Most Influential People (2012).

The Mark O. Hatfield Endowed Lecture, co-sponsored by the Marquam Hill Steering Committee and named for the late U.S. senator from Oregon, showcases a nationally prominent speaker on a public policy topic.

Freeman Hrabowski, Ph.D., presenting the OHSU Mark O. Hatfield Lecture, “Holding Fast to Dreams: Creating a Climate of Success for All Students in STEM and Beyond."