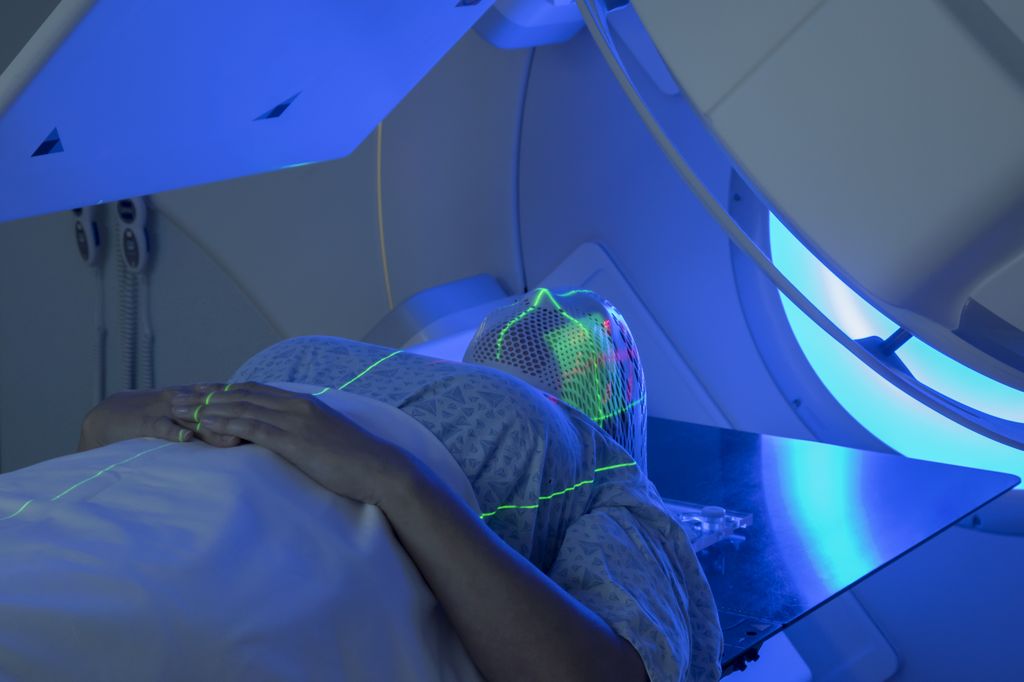 “People who didn’t have private insurance, particularly underrepresented minorities, were less likely to get radiation treatment,” says Woody McClelland III, M.D., who researches disparities in cancer care. “Decreased access to radiation is as big as a determinant of health as it’s ever been.” (Getty Images)

Woody McClelland is clear about his motivation to practice medicine: “I entered this field to help people. If we wanted to help ourselves, we’d go into Wall Street.”

Shearwood “Woody” McClelland III, M.D., is a clinical research assistant in radiation medicine in the OHSU School of Medicine. In addition to assisting patients with cancer at the Tuality/OHSU Cancer Center in Hillsboro, Oregon, McClelland is a prolific researcher whose work has been presented at more than 30 national and international scientific meetings.

Born to be a doctor

McClelland was destined for medicine from the start. His parents met while attending medical school, and he was born when they were both fellows at the Columbia University College of Physicians and Surgeons. Following in his family’s footsteps, he decided to pursue medicine and was elected president of the Harvard University Black Men’s Forum. After graduating from medical school at Columbia University, he spent a year with the National Institutes of Health studying patients with epilepsy. While he enjoyed the specialty, he has noticed that radiation oncology has an extensive appeal.

“It’s not just about the brain or the spine,” he said. “Radiation oncology deals with cancer everywhere in the body. Working in a field that affects so many people really appealed to me.”

McClelland has always had an interest in unearthing disparities in health care and seeks to bring attention to the trends he’s seen occurring across the country: “People who didn’t have private insurance, particularly underrepresented minorities, were less likely to get radiation treatment,” he explains. “Decreased access to radiation is as big as a determinant of health as it’s ever been.”

The editor for Advances in Radiation Oncology originally asked McClelland to write one article on disparities in health care, but McClelland says he didn’t feel one article could do the topic justice. Instead, he suggested a series of research papers for the journal, each focusing on a different patient population.

The journal published a preamble explaining the impetus for this series: “It is important that we as a medical community never neglect the equally noble task of bridging the barriers that prevent many in North America from receiving radiation therapy, barriers that, in some cases, are as great as those in the poorest nations in the world.”

If patients take away just one message from this research, McClelland hopes it will be this: “If you are a patient with a cancer diagnosis and you’ve never heard of radiation, you need to ask. If your doctor isn’t offering it, you need to ask.”

He says radiation therapy can be forgotten in cancer treatment, and it’s important for patients to know that at multidisciplinary cancer centers such as OHSU, radiation therapists work hand-in-hand with oncologists and surgeons. The goal is to provide patients with treatment options, and a streamlined experience.

McClelland encourages patients to research treatment options, including radiation therapy. He says he worked with the journal to make the research series available online at no cost, with the goal of educating the public.

The legacy of this research

Though the data will change 10 years from now, McClelland says he believes the concept, ideas and spirit behind it will never die.

He says all medical professionals have an obligation to help their patients access the best care for that individual, which for cancer patients should at the very least involve a discussion of radiation therapy as an option. The importance of this research, he believes, is to help challenge the status quo which may be resistant to incorporating radiation therapy as a treatment option: “I think it’s very difficult for establishments to let go of something that has worked for them in the past, even if doing so will benefit substantially more people.”

Shearwood “Woody” McClelland III, M.D., is a clinical research assistant in radiation medicine in the OHSU School of Medicine. (OHSU)