Six of the hospital’s adult specialties are ranked among the best in the nation, based on survival and discharge-to-home rates, volume, nursing quality
By Tamara Hargens-Bradley July 30, 2019 Portland, Oregon 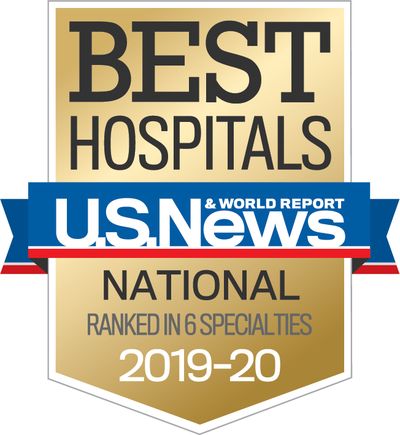 OHSU Hospital ranks among the best in the country and No. 1 in Oregon, according to U.S. News & World Report’s “Best Hospitals 2019-20,” and six of its adult specialties are ranked among the top 50 nationwide.

“These rankings are reflective of the tremendous talent, hard work and dedication of our exceptional faculty and staff, and I couldn’t be prouder,” said John Hunter, M.D., FACS, executive vice president and chief executive officer, OHSU health system.

For this year’s rankings, more than 4,500 medical centers were evaluated in 25 specialties, and “barely one in eight earned ‘Best’ status,” according to U.S. News.

The annual Best Hospitals rankings, now in their 30th year, are designed to assist patients and their clinicians in making informed decisions about where to receive care for challenging health conditions or for common elective procedures.

OHSU adult specialties ranked among the nation's top 50 include:

Methodologies in most areas of care are based largely on objective measures, such as risk-adjusted survival and discharge-to-home rates, volume, and quality of nursing, among other care-related indicators.

U.S. News also rates hospitals on how well they treat patients 65 and older for certain common adult procedures and conditions. For 2019-20, OHSU is rated as high-performing in treating:

OHSU Hospital is No. 1 in Oregon