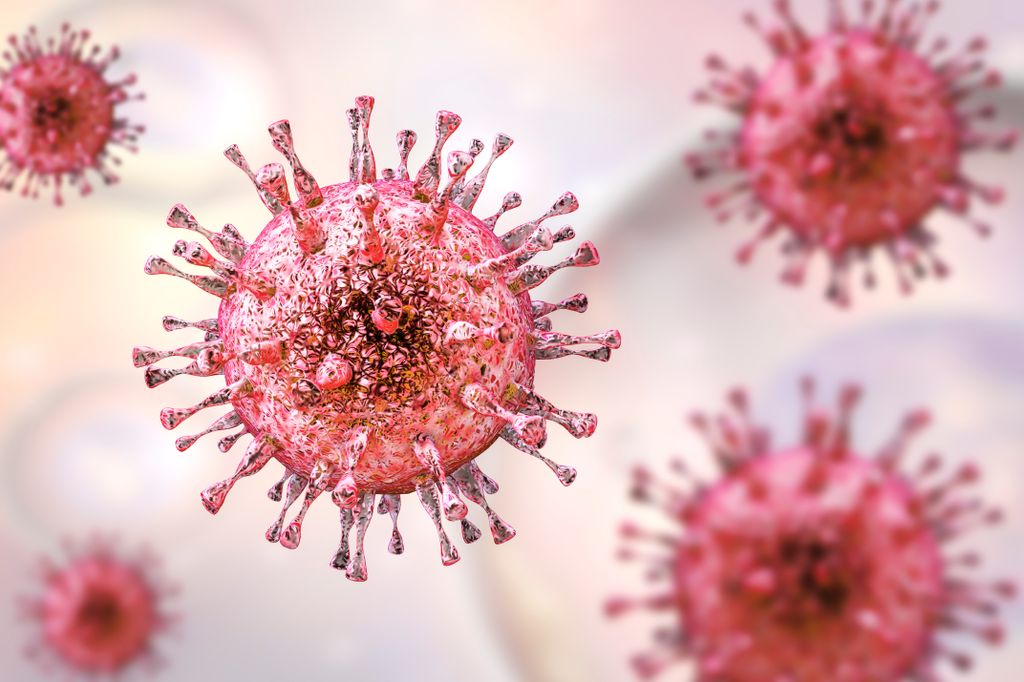 Cytomegalovirus, also known as CMV, is a common virus that infects more than half of U.S. adults by age 40. Although the vast majority of CMV infections don’t cause obvious symptoms, the virus can cause serious illness and even death in patients who undergo transplants. (Getty Images)

For the first time, scientists have discovered the molecular mechanism behind how a common virus can wreak havoc on bone marrow and organ transplant patients, according to a paper published in the journal Cell & Host Microbe. The finding could help researchers develop better drugs to prevent related transplant complications.

Cytomegalovirus, also known as CMV, is a common virus that infects more than half of U.S. adults by age 40. Although the vast majority of CMV infections don’t cause obvious symptoms, the virus can cause serious illness and even death in patients who undergo transplants. One of the symptoms transplant patients experience is reduced blood cell production in bone marrow, which increases the risk of life-threatening bacterial and fungal infections.

“We’ve known for about 40 years that CMV is key to many of the complications transplant patients experience,” said the study’s lead researcher, Jay Nelson, Ph.D., professor, founder and director of Oregon Health & Science University’s Vaccine and Gene Therapy Institute and a core scientist at OHSU Oregon National Primate Research Center. “But it wasn’t until now that we were able to determine exactly how CMV causes these problems.”

Clinicians already prescribe antiviral drugs to reduce the amount of active CMV in a transplant patient’s system. However, these drugs don’t prevent reduced blood cell production. Nelson and his colleagues suspected the reason anti-CMV drugs don’t work is because they target active infection. CMV also can be latent, meaning it’s present but not actively creating an infectious virus.

The study’s lead authors, Meaghan Hancock, Ph.D., and Lindsey Crawford, Ph.D., predicted that even when CMV is inactive, it still produces genetic material that maintains the virus in the cell and is involved in reduced blood production.

The research team identified a tiny piece of genetic material called microRNA US5-2, which specifically leads to the production of a cell-signaling protein called Transforming Growth Factor Beta, or TGF-b, which results in bone marrow suppression for some transplant patients.

Nelson and his colleague will now explore drugs that target the TGF-b protein and test its effectiveness against bone marrow suppression in animal models.

Jay Nelson, Ph.D.
Jay Nelson, Ph.D., founder and director of the OHSU Vaccine and Gene Therapy Institute, senior scientist at the Oregon National Primate Research Center, and professor of molecular microbiology and immunology in the OHSU School of Medicine. (OHSU)