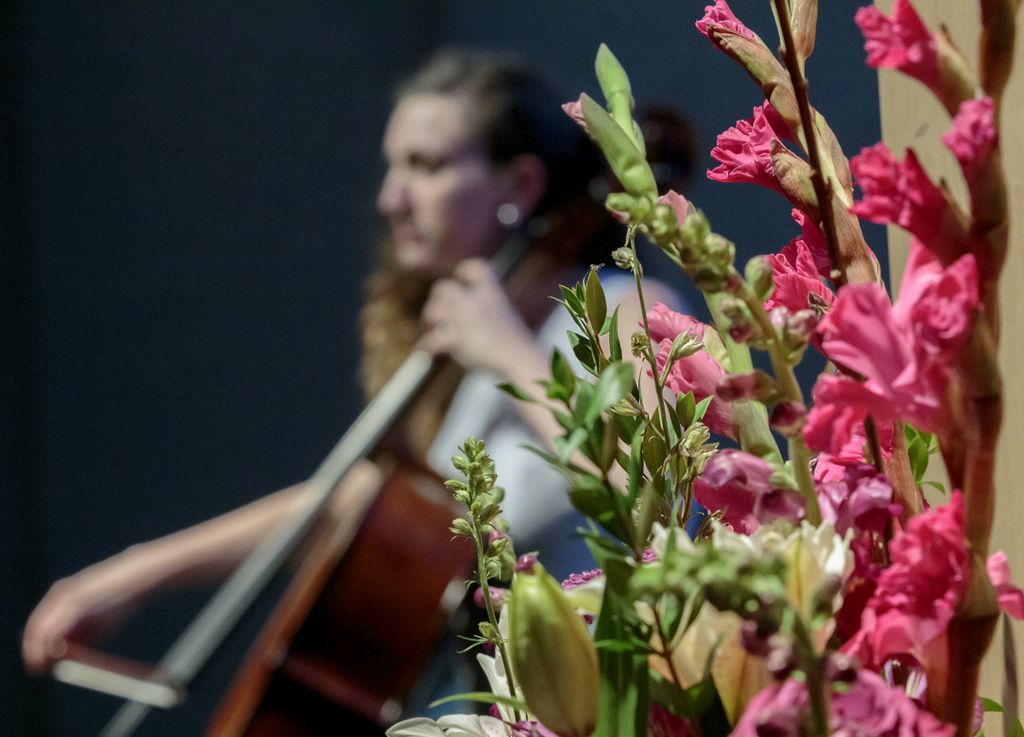 Paula Joan Olch spent much of her life seeking understanding.

After earning a bachelor’s degree in biological sciences from Stanford University in 1952, she worked as a lab technician. And when her marriage ended, she found meaningful work as a massage therapist and helped her clients connect with their own bodies. She lived simply so she could spend her free time traveling and exploring spirituality wherever she went.

And so it seems fitting that Olch - who died at age 87 on June 22, 2019, in Eugene - would donate her body to science and further grow the world’s knowledge after her spirit left this Earth.

“She was very interested in connecting with people,” said her daughter, Karen Olch, of Eugene. “Donating her body was her way of offering something back to others after she passed. It was something useful and purposeful, and she knew it would have an impact.”

Paula Olch is one of about 100 body donors who were honored Dec. 6, 2019, at the Service of Gratitude, an annual event organized by OHSU students to thank donors and their families for their selfless gifts to the OHSU Body Donation Program. The emotional service features testimonials from students and families, a photo slide show of donors throughout their lives, and musical performances and poetry recitations by students.

Approximately 300 OHSU medical, dental, physician assistant and radiation therapy students learn human anatomy every year through whole-body donors, who are respectfully referred to as a student’s “first patient.” Another 200 physician-residents and faculty also train and refine their skills annually with the help of donors. OHSU also temporarily shares some donors with other trusted Oregon academic institutions for anatomy instruction.

Paula also donated her brain to the OHSU Brain Bank, a repository of more than 4,000 brains used to find causes and treatments for neurological disorders. The OHSU Body Donation Program changed its policy this year so brain donors could also donate their bodies. 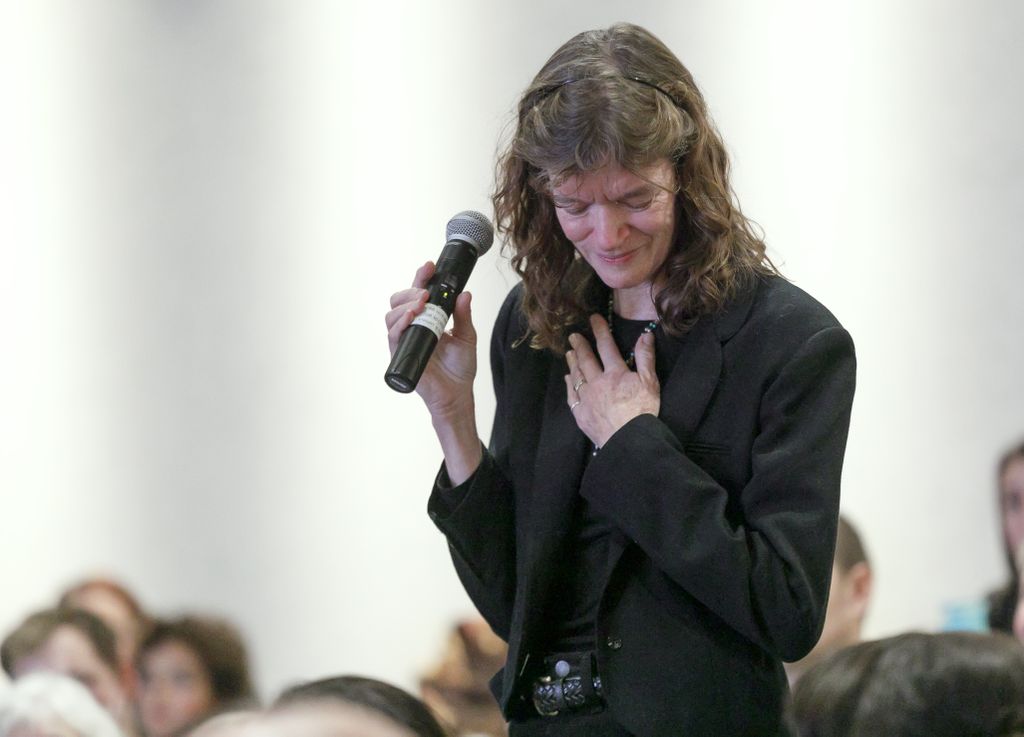 Karen Olch of Eugene, Ore. chokes up as she talks about her mother at the event. (OHSU/Kristyna Wentz-Graff)

Paula died of Parkinson’s disease, which slowly stole her independence beginning in the mid-2000s. The progressive neurological disease affects people both physically and cognitively. Tremors, slowed movement, impaired balance, and difficulty speaking and processing thoughts are all common. By 2016, the disease had progressed enough that she decided to leave her home of four decades, Tucson, Arizona, to be near her oldest daughter, Karen, in Eugene.

“Her last three years were a steady, grueling downhill decline with Parkinson’s,” Karen said of her mother. “Watching someone slowly decline both physically and cognitively – especially someone who had been fiercely independent and intelligent – was incredibly hard.”

When Paula’s last days drew near, Karen found comfort when she remembered her mother wanted to donate her body to science.

“There’s no cure for Parkinson’s right now, and there no way to truly study it in a living person,” Karen said. “The only way you can have an impact is to study the brains of Parkinson’s patients after they have passed. That’s the most amazing thing to me: My mother gave a huge gift to others when she donated her body and brain.” 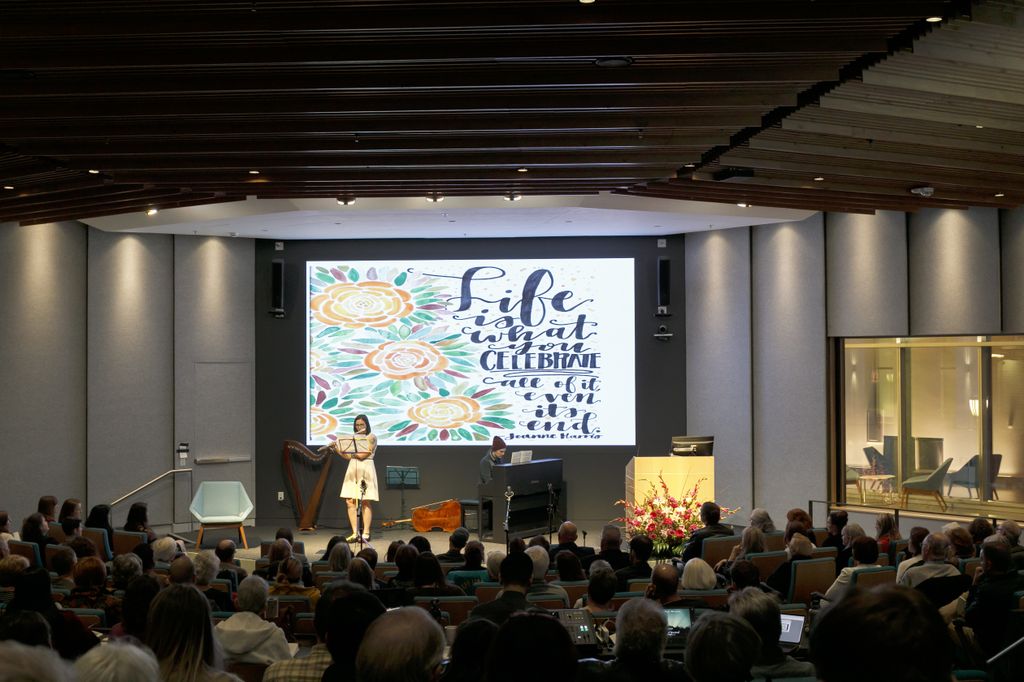 Residents of Oregon and Washington can sign up for the OHSU Body Donation program here.

Karen Olch (left) with her mother, Paula Olch of Eugene, Ore., who donated her body to the OHSU Body Donation Program after her death in 2019. (Photo courtesy Olch family)

Paula Olch of Eugene, Ore., donated her body to the OHSU Body Donation Program after her death at age 87 on June 22, 2019. (Photo courtesy Olch family)

Kimarie Lamb speaks at the Donor Memorial Service for the OHSU Body Donation Program, December 6, 2019. Lamb wasn't aware that her young adult son had signed up to be a body donor, only learning about it at the time of his death. (OHSU/Kristyna Wentz-Graff)

"Thank you for making the most sacred of donations," reads OHSU medical student Emily Mitchell, from her reflection at the Donor Memorial Service for the OHSU Body Donation Program, December 6, 2019. (OHSU/Kristyna Wentz-Graff)

Karen Olch of Eugene, Ore. chokes up as she speaks at the Donor Memorial Service for the OHSU Body Donation Program, December 6, 2019. Olch's mother donated her body after her death in June, 2019. (OHSU/Kristyna Wentz-Graff)