Addressing the topic of race at home

'Kids can’t grow to stand up against racism if they don’t recognize race'
By Antwon Chavis, M.D. June 30, 2020 Portland, Oregon 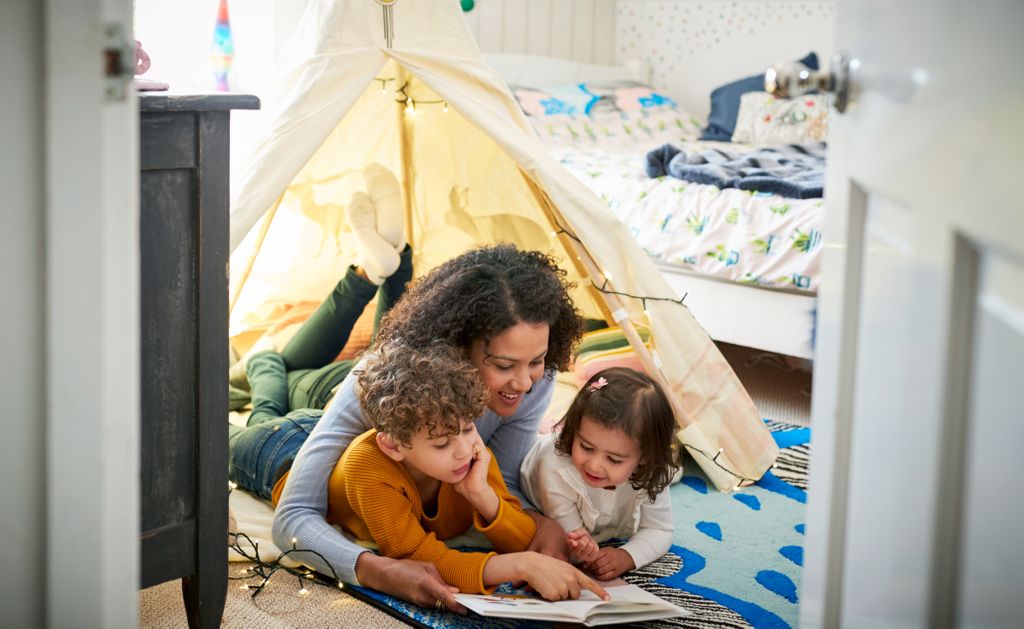 Reading books that highlight different races and cultures can help children build a social understanding of the diversity in their community. (Getty Images)

Recent events have been illuminating reminders that racism is still present in our society. As a Black man, I have to acknowledge that it continues to be a chaotic time to be a racial minority in the United States. Among the discussions I’m a part of regularly, the topics of discussing race relations with kids comes up a lot. This is such an important topic because we need to have these discussions in our home. Silence won’t protect your child. It definitely won’t protect mine. Parents of color are faced with the unfair burden of answering hard questions: “Will the police hurt me?” “Am I pretty?” My child shouldn’t have to learn that she is Black before others learn that they are white.

I wanted to offer some tips to parents of all backgrounds to help facilitate the important conversations of race in your household. These are not meant to occur just one time, in an awkward 20-minute conversation that you dread (though there may be times that this exact scenario is needed). These tips are to help parents and caregivers incorporate conversation and age-appropriate activity into your family’s daily life. This will support your commitment to building tolerance, social understanding and racial advocacy within your household.

Start the conversation early, and often

Young children are able to identify differences between races, and often prefer to socialize with people who look like them. It’s why two kids coincidentally wearing the same shirt on the first day of preschool become inseparable. Talking about race and skin tone at this age does not encourage racism. It’s quite the opposite, actually. It impresses the difference between “I don’t see color” and “I see your color, and it’s beautiful.” Kids can’t grow to stand up against racism if they don’t recognize race. As children get older, they’ll have direct access to the news, but they can also perceive parental and societal distress. Let them express their understanding and opinion openly, allowing them to process their thoughts and feelings alongside you.

Read stories about freedom fighters of all races (Black, White, Latinx, Asian American and Native American, among others). Talk about your distant relative who overcame racism and adversity, or talk with other families about their histories. Stories about oppression can also become stories about resistance and resilience! These stories are some of the biggest threats to prejudice, as they illuminate traits in ourselves we wish to change, and traits in others we wish to inherit. They teach courage in a way children can understand, and in a language any adult can speak.

Diversify your playroom and bookshelves

Find toys that look different than your children. Black dolls are not just for Black children. Your playroom should look more diverse than your community. Kids should read books with minority protagonists, written by minority authors. Let diverse characters be front and center, not just “sidekicks.”

Let them learn from your mistakes

Remember the Jim Carrey version of “The Grinch?” I remember a scene where an adult character remembered a moment from her childhood in which the school children were particularly mean to a young Grinch, and she wasn’t brave enough to intervene. With tears in her eyes she said, “That was a terrible day, when they were so mean to him … and I could hardly bear it.” Spoiler alert: She later stood up for the Grinch in a heartwarming way. In that moment, sitting five inches away from my TV screen, I felt what I can only describe as relief. This adult recounted “racism” (or its cinematic equivalent) and how it was wrong. And now she’s different. As parents, we all have stories like this. And they are more powerful than you think.

Be a role model

What we say to our children is much less important than what they see us do. Your daily interactions and comments will say more than anything else. Know your own biases and seek to discover culture and diversity – this includes your own friend circle. We are less likely to pass on a bias that we have identified and have worked to address.

It’s OK for kids to ask questions and to be inquisitive about other cultures. Hang a world map in your home. Expose your family to different cultural events, books or films, and discuss the experience afterward. You don’t have to be an expert. If you don’t know, say you don’t know. Then find a way to learn the answer together.

Raise a child who views racism as an emergency. They should perceive the cost of doing nothing as high. Teach them a sense of responsibility and to have the motivation to intervene. They have to be brave when bravery is needed, making a conscious decision to help. Racism isn’t getting worse; it’s getting filmed. But bystanders and witnesses are powerful. We should all teach our kids how to use that power, and not how to abuse it.

Let them retain bits of their optimism

Yes, people get treated differently because of their skin – but not everyone does this. Racism is real. And unfair. But there is the possibility of change, and there are things they can do to make things better.

I write this as a doctor, but also as a parent. My child has skin like mine, and because of it she will grow up and experience inequality and prejudice that she doesn’t deserve. Use this time to teach your children how to be advocates, activists and peers who understand what racism is and know that it’s bad. Don’t just raise a child who isn’t prejudiced; I challenge you instead to raise children who can identify racism and bravely make the decision to do something about it.

That, friends, will change the world.

Standing up against structural racism