"We have some hope to offer”

The U.N. International Day of Support for Victims of Torture on June 26 is a chance to reflect on the work of the OHSU Intercultural Psychiatry Program
By Erin Hoover Barnett June 25, 2021 Portland, Oregon 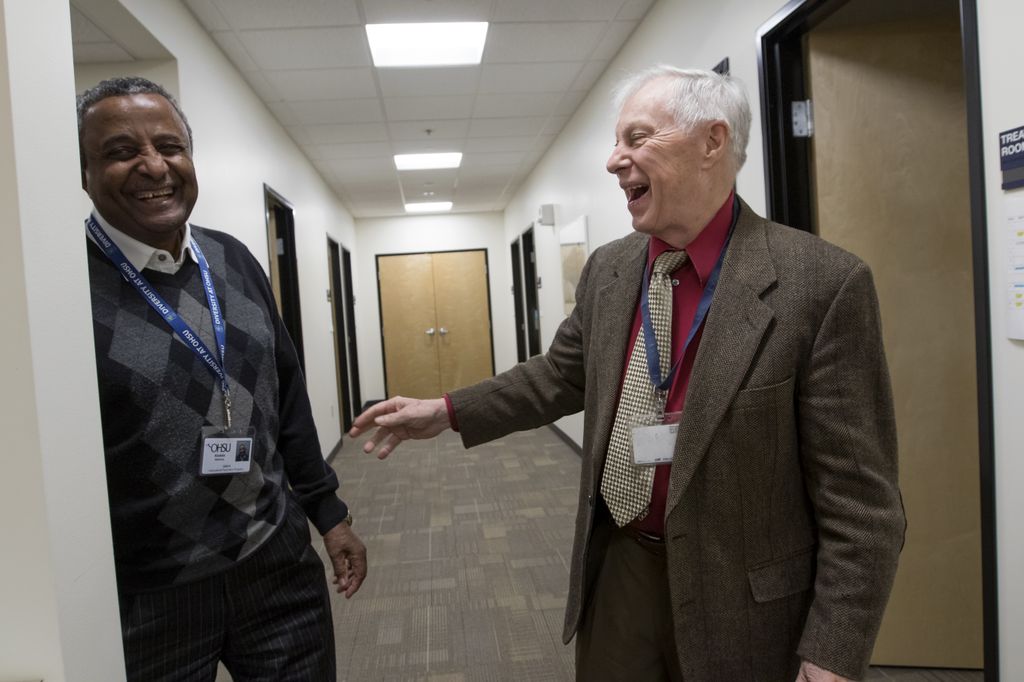 Not long after Paul Leung, M.D., came to OHSU as an intern in 1981, David Kinzie, M.D., Ph.D., who was training director of the OHSU psychiatry residency program at the time, invited him to help with what was then known as the Indochinese Refugee Program.

Kinzie launched the OHSU program in 1977, having served as a general medical officer in Vietnam. Portland was among the top 10 U.S. cities for resettlement of Vietnamese, Laotian and Cambodian refugees after the war. Their needs were significant and complex.

“Imagine people who came out of Vietnam – the (so-called) ‘boat people,’ the folks who had to be in refugee camps before they got to come to America, Cambodians who experienced the Killing Fields genocide in 1976-79. Trauma was everywhere,” said Leung, who was born in Vietnam, raised in Laos and educated in Hong Kong and the U.S. Leung is now the program’s executive director and a professor of psychiatry in the OHSU School of Medicine.

Kinzie and Leung assumed that once people settled and got the help they needed, the program would close.

“But conflict, displacement, war, they just keep happening,” said Daniel Towns, D.O., who is the program’s medical director and an assistant professor of psychiatry in the OHSU School of Medicine. “Now in the world there are more displaced people than ever before in history.”

The program was renamed the Intercultural Psychiatry Program to reflect the diversity of patients – from Somalia, Ethiopia, Bosnia, Iraq, Syria and beyond – who have arrived over the years in waves. June 26 is the United Nations International Day in Support of Victims of Torture; the OHSU program is among 30 nationally to receive UN funding for its work with survivors. The Intercultural Psychiatry Program is among the biggest and has lasted the longest.

The program team is made up of seven psychiatrists, three staff members and 13 counselors who are culturally aligned with the patient groups that the program sees. Their work doesn’t end when a client’s hour is up.

Towns remembers amid the September wildfires when patients called with alarm. Many come from war-torn countries. The orange sky reminded them of bombings. They weren’t following the news and needed to understand: What was going on?

For counselor Thao Ann Le, B.S., QMHA, COVID-19 amplified the vulnerability of her clients. When the vaccine rolled out, she realized that if she didn’t do something, they would never get vaccinated.

She began volunteering in January at OHSU’s vaccine clinic at the Portland International Airport so she could learn how it worked and use that knowledge to help her patients get vaccinated. She became a whiz at scheduling appointments online; she teamed up with a former college classmate and others to serve as “vaccine hunters.” She scheduled rides for elderly adults, or she took them and their caregivers herself.

“Patients treated at IPP for psychiatric conditions are immigrants and refugees and many are survivors of torture,” Le said. “Such conditions and life experiences have a cognitive impact on patients requiring assistance with scheduling and navigating the intricacies of the vaccine process.”

In one case, Le helped a group of a dozen young adults with intellectual disabilities get scheduled and out to the airport clinic.

“This is one of my missions in life,” Le said, acknowledging the invaluable support of her supervisor Jane Sproul, M.S., and colleagues. “We can only do what is right… I was at the right time, right place.” 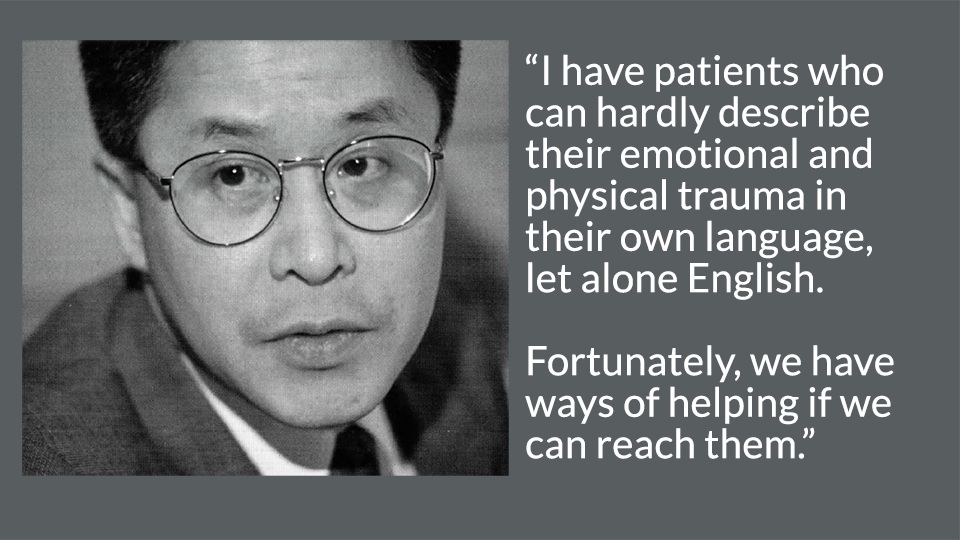 The OHSU Intercultural Psychiatry Program, founded in 1977 as the Indochinese Refugee Program, is the longest running clinic of its kind in the country. Paul Leung, M.D., who is currently the programs executive director, provided this comment in a 1996 OHSU magazine story about the programs 20th anniversary. (OHSU)

About 40 years after starting with the program, Leung remains passionate about its mission. In 1985, Kinzie also connected Leung with Erik Szeto, D.O., founder of the Asian Health & Service Center in Southeast Portland. Leung set up a psychiatry clinic there for Chinese and Korean speaking residents.

Throughout his work, Leung said he came to see the trajectory that survivors endure and the ways that trauma-informed care is becoming relevant across medical practice. Psychiatrists and counselors had to realize that they too were impacted by absorbing the stories of their patients.

But there have also been positives.

“Working with populations long enough actually allows us to look back and realize that regardless of how bad a situation was with a particular group, given enough time and treatment and help and assimilation, they do get better,” Leung said. “We’ve learned how to handle this. We have some hope to offer.”

The OHSU Intercultural Psychiatry Program, founded in 1977 as the Indochinese Refugee Program, is the longest running clinic of its kind in the country. Paul Leung, M.D., who is currently the programs executive director, provided this comment in a 1996 OHSU magazine story about the programs 20th anniversary. (OHSU)