Giving from the heart 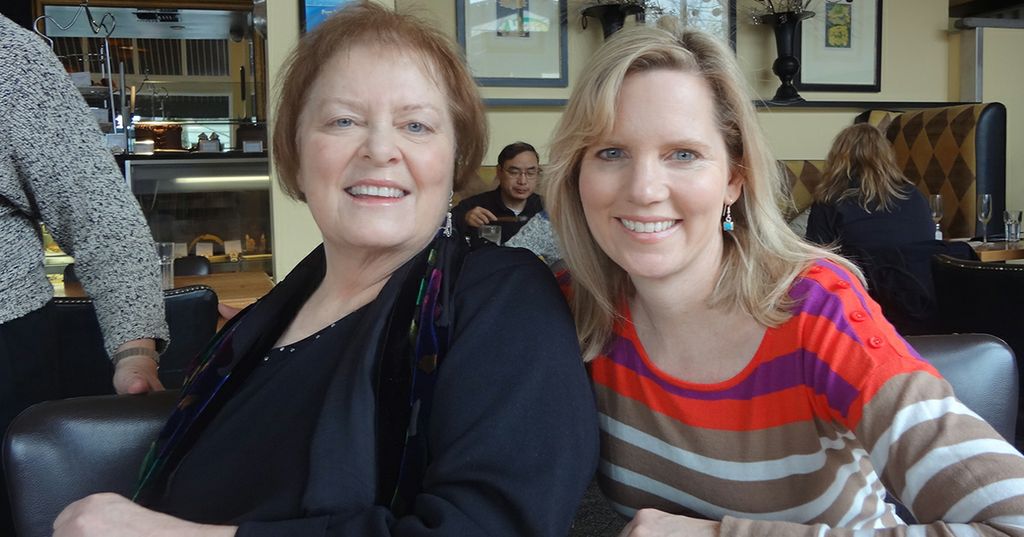 Debi Coleman had long associated herself with innovation and the power of innovation to change people’s lives.

In 1981, Apple co-founder Steve Jobs hired Debi as project controller of the original Macintosh team. From there, she held multiple roles at Apple, including vice president for operations, chief financial officer, and vice president for information systems and technology. She left Apple in 1992 to join Tektronix, was named CEO of Merix in 1994 and in 2000 formed the venture capital firm SmartForest Ventures LLC, specializing in early investments in tech companies throughout the Portland, Oregon area.

“Debi was a larger-than-life person,” said her sister, Erin Isselmann. “She had a gregarious personality, and she was very curious and interested in a wide array of things from business to the arts. She was unbelievably intelligent and had a strong capacity for learning and applying knowledge.”

Before she died, Coleman brought her generosity to Oregon Health & Science University’s Knight Cardiovascular Institute. In addition to donating more than $1 million to various areas of OHSU and OHSU Doernbecher Children’s Hospital throughout her life, in 2021 she joined other donors in support of the Melvin Judkins Professorship, contributing $1.25 million to fully endow the position.

A prestigious endowed position — especially when named in honor of a distinguished individual — is OHSU’s most powerful means of honoring highly accomplished faculty. It provides a faculty leader with substantial annual support with which to advance their key priorities.

This award is named for Melvin Judkins, M.D., a radiologist recognized internationally as an authority on radiologic equipment and on the diagnosis of coronary artery disease. Joaquin E. Cigarroa, M.D., the division head of cardiology and professor of medicine in the OHSU Knight Cardiovascular Institute currently holds the Judkins Professorship.

“We are incredibly appreciative of Debi’s generosity,” said Cigarroa. “This gift will grant us access to resources that allow us to support areas of research in interventional cardiology, ischemic heart disease and heart attacks. It will also help us mentor the next generation of providers and invest in our current faculty. Gifts such as Debi’s allow faculty the flexibility to pursue captivating ideas, take advantage of emerging opportunities and pursue a variety of projects that advance the search for cures.”

Cigarroa continued, “OHSU has a history of shedding light on areas that need innovation to transform how cardiovascular medicine is understood and practiced. That’s why funds like this are so important: Not only to provide outstanding care with what we currently know, but also to challenge ourselves on how to do things better. Donors like Debi help us continue to devote resources to focus on unmet needs.”

Isselmann said Coleman was a strong believer in science and knowledge to find solutions, and her goal was to create situations to usher in advanced research to help others.

“Debi was a big fan of the OHSU research approach,” Isselmann said. “She liked the teams of doctors coming into her room and learning from her case, and being a part of how they could help other people. And her philanthropy was geared toward changing people’s lives. She believed strongly in giving back and doing good.”

Cigarroa recalled Coleman as an amazing person and remarkable trailblazer in her career. And yet when you talked to her, she led with humanism, humility and curiosity, he said. Gifts such as Coleman’s make a fundamental difference in OHSU’s capabilities.

“It’s important to listen to donors so we can truly understand how to be the best steward of a gift,” Cigarroa added.

Giving from the heart

Doernbecher Freestyle XVIII returns in person for the big reveal