Three tips for safe fun in the sun 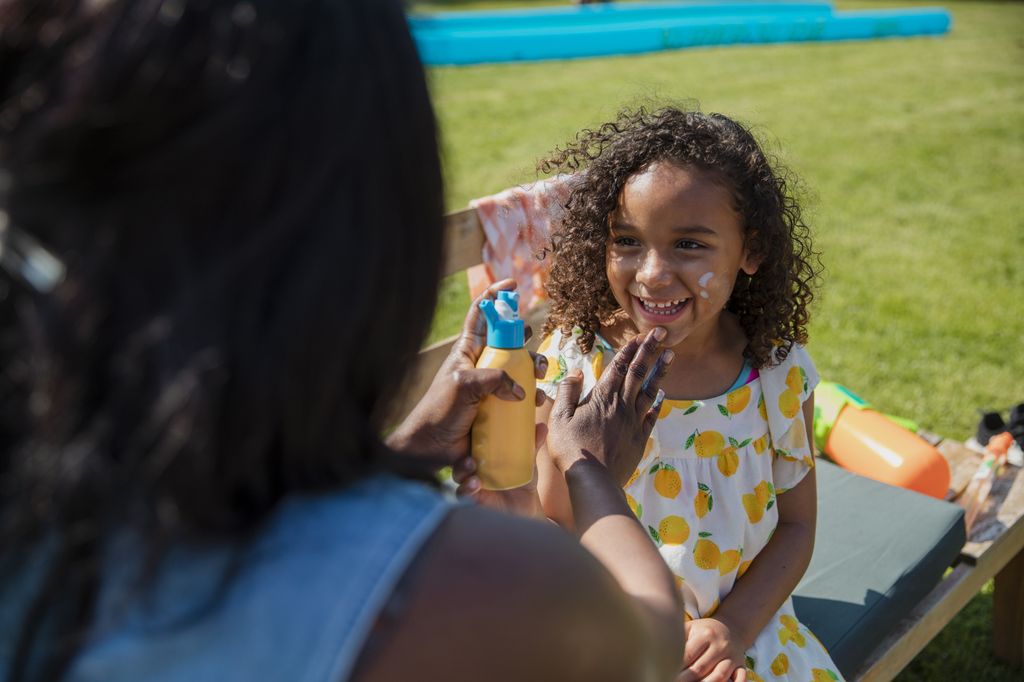 Spring is here, and Sancy Leachman, M.D., Ph.D., director of the OHSU Knight Cancer Institute’s Melanoma Program, is ready to get outside.

“I love spending time outdoors as much as anyone!” she says. “But I want to help folks protect their skin and enjoy the sun safely.”

Despite Oregon’s reputation for cloudy and rainy weather, the state has a high incidence of melanoma, says Leachman, who also is chair of the Department of Dermatology in the OHSU School of Medicine. Melanoma is the most dangerous type of skin cancer, and the American Cancer Society estimates that in 2022, about 200,000 new melanomas will be diagnosed — including those in situ, or melanomas on the top layer of the skin that have not yet spread.

With those sobering statistics in mind, Leachman wants skin cancer awareness to be top-of-mind for Oregonians this season. To help educate the public about their risk of melanoma, the OHSU dermatology team has made tips and tricks for self-skin exams available on the OHSU War on Melanoma website, including a personal melanoma risk quiz, tap-a-mole game, and educational materials.

Leachman recommends the following three tips for any amount of fun in the sun — whether it’s a quick break in between Zoom meetings, running errands, or getting a breath of fresh air:

As a practicing dermatologist, Leachman is often asked for sunscreen recommendations by her patients and families. Her advice?

“The best sunscreen is one that you’ll actually use regularly, and make sure you apply, and reapply,” she says. “I’m often asked about the SPF, or sun protection factor. I tell everyone that if you’re using a broad-spectrum sunscreen of at least 30 SPF, you’re good to go.”

She says that the step of reapplying sunscreen every 90 minutes or after water activity is crucial, and it’s one people often ignore or forget.  People generally underestimate how much sunscreen needed to cover their body, as well.

“My rule of thumb is that you need at least a shot glass full of sunscreen to provide proper coverage,” she says. “While that may not sound like a lot, it’s generally a lot more than people actually use.”

Leachman recently partnered with Elizabeth Berry, M.D., also a dermatologist at OHSU, and collaborators at Columbia Sportswear, to compare sun-protective clothing to sunscreen. The Columbia team tested the performance of four of Columbia’s Omni-ShadeTM textiles engineered for sun protection against two commercial sunscreens, and recently published their findings in the journal Cancers.

“Dermatologists have long debated the pros and cons of sun-protective clothing and sunscreen, but we’re one of the first to compare the two head-to-head,” says Berry, assistant professor of dermatology in the OHSU School of Medicine and co-founder of the OHSU Multi-Disciplinary Melanoma and Skin Cancer Clinic. “Our study showed that the tested fabrics provided superior UVB, UVA, and overall broad-spectrum protection when compared to two commercial sunscreens. These data show that clothing should be considered the cornerstone of sun protection.”

However, Berry still recommends using both clothing and sunscreen to protect your skin. “Sunscreen will always be important,” she says “especially on areas of the body such as the face and hands that are hard to cover with clothing.”

Leachman says skin cancer is the only cancer you can “see with your eyes” and is passionate about arming people with the tools they need to catch skin cancer early, when it’s most treatable.

To raise awareness about what people can do to check their skin, she and her team have started a public health campaign called “Start Seeing Melanoma,” explaining what to look for, how to properly do skin exams, and what to do if you find something suspicious.

Leachman says people would be surprised at the number of skin cancers and melanomas that are caught by a patient’s partner, loved one or friend.

“It makes sense because these are the people who see you often and notice when something changes,” she says. “The most important thing I want people to know is that if you see something that looks like it might be suspicious on someone’s skin, SAY something!”

Disclosure: The Columbia Sportswear Company provided funding for the data collection and portions of the sun-protective clothing analysis. The OHSU Department of Dermatology and War on Melanoma provided salary support for the OHSU investigators.