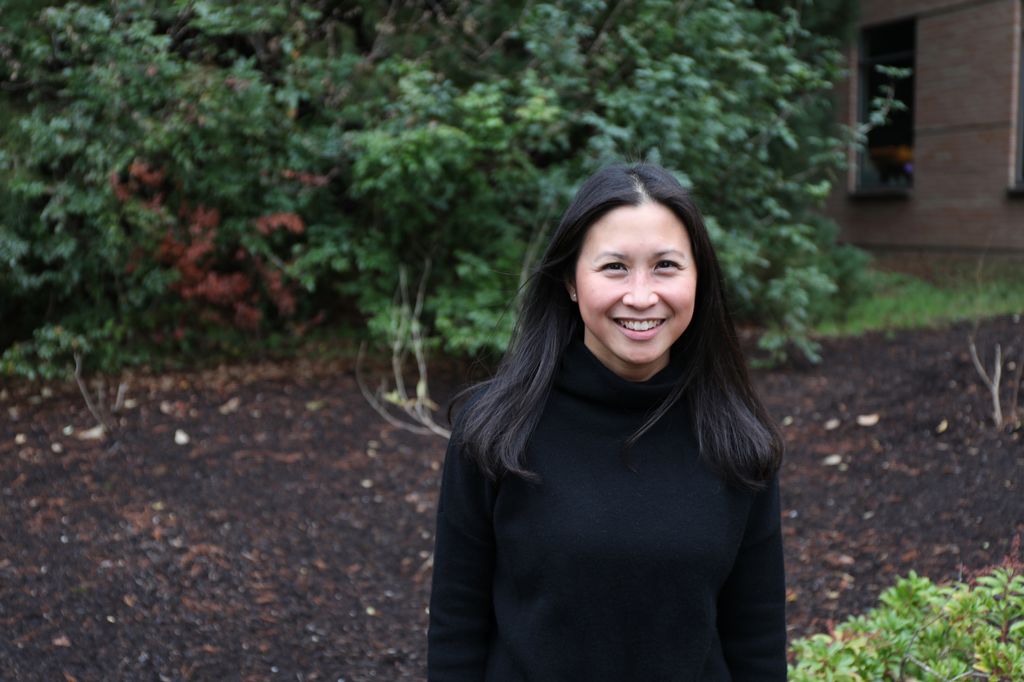 Jamie Lo, M.D., M.C.R., will use the award to develop and execute creative and transformative research to explore how parents’ behavior and environment affects their offspring before birth — in some cases, even before conception.

The award is expected to provide $1.5 million over five years. NIDA’s DP1 Avenir Awards support early-career investigators proposing new areas of research for the genetics or epigenetics of addiction.

Lo is an associate professor of obstetrics and gynecology (maternal-fetal medicine) in the OHSU School of Medicine and the Division of Reproductive and Developmental Sciences at the Oregon National Primate Research Center (ONPRC) at OHSU.

“Being a scientist at ONPRC has allowed for leading-edge scientific pursuits across scientific and clinical disciplines with researchers at OHSU and at other institutions, and has allowed me to leverage the translational strength of nonhuman primate models that drive scientific discovery,” she said. “I’m grateful and really looking forward to new discoveries we can achieve next.”

In her clinical practice, Lo focuses on caring for people with high-risk pregnancies. She frequently encounters patients asking about the safety of cannabis use and other substances while they’re trying to conceive, while pregnant and during breastfeeding..

In earning the elite Avenir Award, Lo credits the support she’s received from her clinical and academic departments, along with collaborations forged with other scientists at OHSU, including those in the departments of urology and biomedical engineering, and researchers at other top academic institutions.

Lo plans to use the new funding to delve into how the active ingredient in cannabis, THC, affects the expression of genes in the brains of offspring. The research will set out to determine how a father’s or mother’s consumption of cannabis may affect their offspring both in early childhood and later in life — or even their children’s offspring.

“We’re going to look at whether or not those changes that happen to the sperm, egg, fetus or infant are then inherited and how they impact offspring development,” she said.

Generally, due to the lack of safety data and the preliminary findings of her work, she advises expectant parents to refrain from cannabis use while pregnant and for those who cannot quit to limit use.

Lo said she feels privileged to be part of ONPRC’s team of scientists making discoveries that she can bring back to patients in the clinic.

“We do know that cannabis use seems likely to impact reproductive health and fertility in both males and females, and that prenatal cannabis exposure can adversely affect the placenta and fetus,” Lo said. “But it’s very hard to study cannabis in humans, especially in pregnancy, because people are often using other substances, affected by their socioeconomic conditions, limited by the inaccuracies of self-reporting, and the quantity and dose of THC used is often difficult to determine.”

Using a nonhuman primate model, scientists can control background variables, including diet and exercise, that would not be possible to achieve in people. The award number is 1DP1DA056493-01, through the National Institute on Drug Abuse of the NIH.