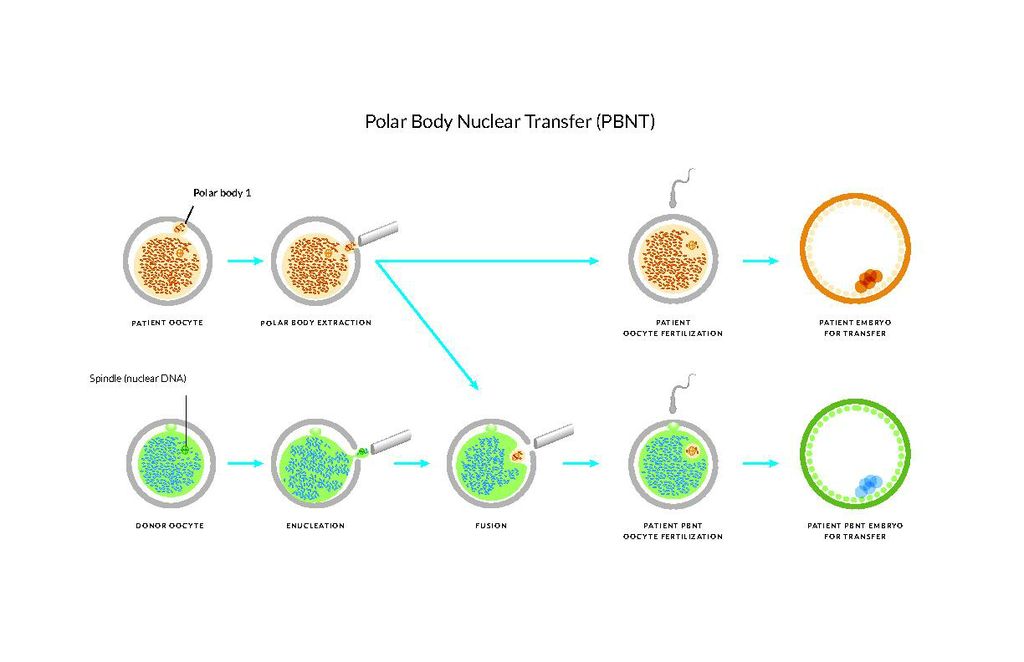 Families struggling with infertility or a genetic predisposition for debilitating mitochondrial diseases may someday benefit from a new breakthrough led by scientists at OHSU and the Salk Institute for Biological Studies.

In a study published today in the journal Cell Stem Cell, researchers discovered it’s possible to regenerate human eggs or oocytes – the cellular beginning of an embryo – by making use of genetic material that normally goes to waste.

This DNA comes from small cells called polar bodies that form off of eggs and contain the same genetic material as in a woman’s egg nucleus. Until now, polar bodies had never been shown to be potentially useful for generating functional human eggs for fertility treatments. In the study, scientists successfully transplanted a polar body from a woman’s developing oocyte into the cytoplasm of a donor oocyte stripped of its nucleus.

Though the technique could be years away from progressing to clinical trials, the advancement eventually could be significant for women of advanced maternal age. One recent survey showed that the average age of first-time mothers increased in the United States from 21.4 years in 1970 to 25.0 years in 2006.

“We know that fertility declines as women get older,” said Shoukhrat Mitalipov, Ph.D., co- senior author and director of the OHSU Center for Embryonic Cell and Gene Therapy. “This is potentially a way to double the number of eggs we’re able to get from one session of in vitro fertilization.”

“Although it was only possible to examine a limited number of lines, from the point of view of epigenomic profiles, the quality of polar body-derived embryonic cells looks quite promising,” says co-senior author Joseph Ecker, Ph.D., Salk professor and director of the Genomic Analysis Laboratory.

By rescuing polar bodies that would otherwise simply bud off the developing oocyte, researchers were able to form additional oocytes genetically related to the mother through nuclear transfer. When fertilized with sperm, the new oocytes developed into viable embryos. None of the embryos were implanted to carry out an actual pregnancy.

“Normally, polar bodies disintegrate and disappear during egg development,” said co-first author Hong Ma, M.D., Ph.D., with OHSU’s Center for Embryonic Cell and Gene Therapy. “We were able to recycle them. We hope that by doing this, we can double the number of patient eggs available for in vitro fertilization.”

“This is the first investigation into the surprising viability of human polar bodies and it reveals a new source of previously discarded genetic material to study,” says Ryan O’Neil, co-first author and Salk researcher.

In addition to potentially benefitting women of advanced maternal age, the technique may present another opportunity to help women known to have mutations in their mitochondria, the tiny powerhouses inside nearly every cell of the body. Mutations in mitochondria can result in debilitating forms of disease in children.

“This new technique maximizes the chances of families having a child through in vitro fertilization free of genetic mutations,” Mitalipov said.

Mitalipov previously developed a mitochondrial replacement therapy involving the implantation of patient’s egg nucleus – or spindle – into a healthy donated egg stripped of its original nucleus. Mitalipov also has successfully demonstrated the spindle-transfer technique in the healthy offspring of rhesus macaque monkeys.