An analysis of data from 19 clinical trials, led by the OHSU Pacific Northwest Evidence-Based Practice Center, found that using statin drugs provided wide-ranging prevention benefits without significantly increasing the risk of serious side effects in people who have not had a previous heart attack or stroke.
By Elisa Williams November 15, 2016 Portland, Ore. 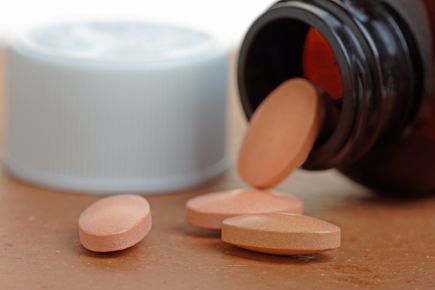 Cholesterol-lowering drugs help prevent heart attacks and strokes in adults with cardiovascular risk factors such as high cholesterol, high blood pressure, diabetes and smoking, but have not yet had a heart attack or stroke, according to a large-scale analysis of clinical trial data led by the OHSU Pacific Northwest Evidence-Based Practice Center.

Drugs that lower fat levels in the blood, called statins, were effective in reducing risk of death, heart attacks and strokes, across a broad range of patient groups. The benefits were largest in people at highest risk for heart attacks and strokes. But, those at lower risk also realized some preventive benefits. In addition, the drugs did not prove to have significant harmful effects. Compared with a placebo, statins were not associated with increased risk of muscle pain or myopathy, cognitive decline or liver damage. Overall, there was no increased risk of diabetes with statins, though one trial that used a high dose of statins found an increased risk. One trial found an increased risk of cataract surgery.

The analysis - which was commissioned by the United States Preventive Services Task Force (USPSTF) and published on Nov. 13 in JAMA - was intended to evaluate the benefits and harms of statins in preventing cardiovascular disease in adults. It reviewed results from 19 clinical trials involving 71,344 adults ages 40 to 75 with a mean age of 51 to 66 years old. The trials compared statin therapy with placebo in individuals who had not previously had a heart attack or stroke, but had known risk factors such as high cholesterol, high blood pressure, diabetes or they smoked. The trials included in the systematic data review followed study participants for six months to six years.

“We found that all groups studied experienced a decrease in risk of suffering a heart attack, stroke, or death, and those at highest risk benefitted the most from cholesterol-lowering drugs,” said the study’s lead author, Roger Chou, M.D., director of the OHSU Pacific Northwest Evidence-Based Practice Center and a professor of general internal medicine, geriatrics, medical informatics and clinical epidemiology in the OHSU School of Medicine. “The majority of the trials used fixed, moderate doses of statins. The number of trials analyzed, including data from the recent HOPE 3 trial with 12,705 participants, provides much needed insight into the value of statin therapy in preventing a first heart attack or stroke, and associated deaths.”

Cardiovascular disease can lead to heart attacks and strokes and is a leading cause of death in the United States, accounting for 1 of every 3 deaths among adults. It is a challenging disease to treat as it can be “silent” until a heart attack or stroke occurs, potentially resulting in sudden death or serious and lasting health consequences.

High cholesterol is a significant risk factor for cardiovascular disease and statin drugs help prevent the formation of cholesterol. These drugs are most effective at lowering LDL, or “bad” cholesterol, but can also help lower triglycerides (blood fats) and raise HDL, or “good,” cholesterol. However, statins are also thought to reduce risk of heart attacks and strokes by stabilizing cholesterol plaques in the blood vessels, and are effective even in persons without highly elevated cholesterol levels.

The USPSTF commissioned this review to inform the development of recommendations on statin therapy for the prevention of cardiovascular disease in adults ages 40 years and older who have not had a prior heart attack or stroke.

Additional studies are needed to understand the effects of statins in people without risk factors for cardiovascular disease and to compare the effects of receiving a fixed dose of statins or a dose that is adjusted to reach a target cholesterol level. In addition, more research is required to definitively determine if statin use increases a patient’s risk of developing diabetes or cataracts and whether higher doses of statins are associated with more benefits and/or more side effects.

In addition to Chou, OHSU researchers who contributed to the study were: Tracy Dana, M.L.S.; Ian Blazina, M.P.H.; Monica Daeges, B.A.; and Thomas L. Jeanne, M.D. No conflicts of interest were reported by any of the authors.