At the intersection of art and science 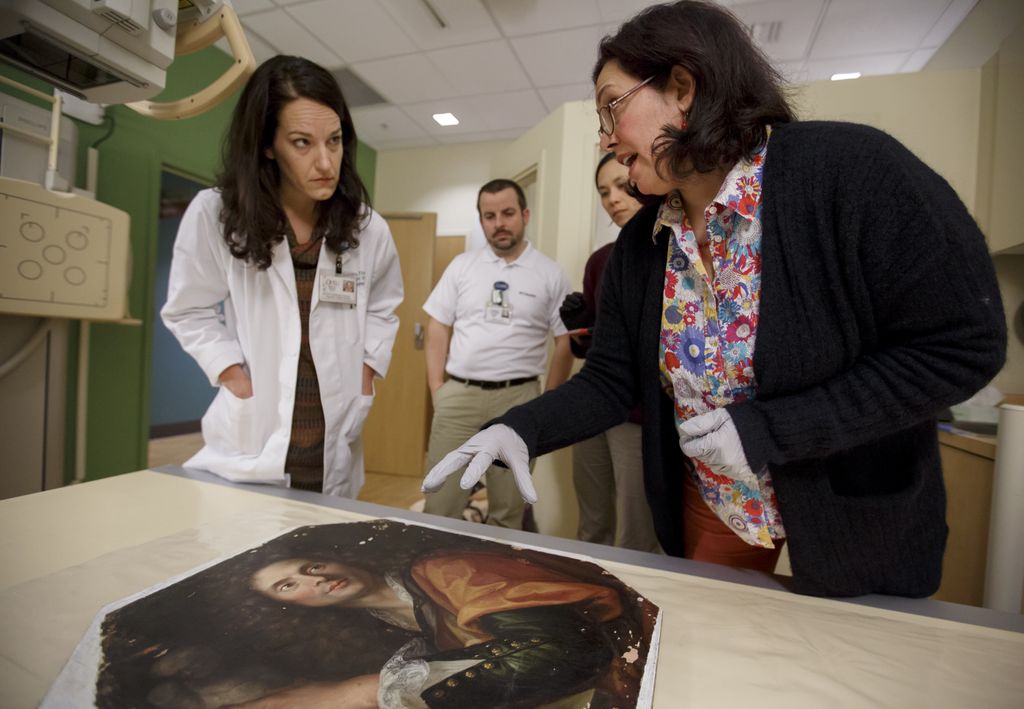 The room was quiet as the health care team brought the patient in for an X-ray. The dressings were removed and the patient was gently placed on the table.

The X-ray technicians leaned in and took a closer look— the patient was in remarkably good condition considering that it was more than 300 years-old. 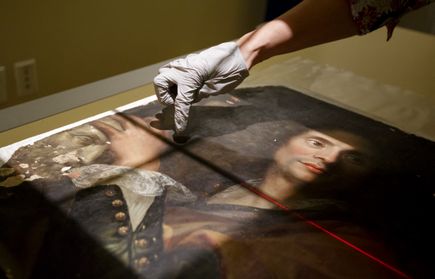 This is the second time OHSU has imaged a painting for the museum. In 2010, radiology staff used similar technology to help analyze a Van Gogh. OHSU also has worked with other community partners throughout the years to image zoo animals, fossils and ancient artifacts.

“It’s exciting,” says Sheven Thorson, assistant director of OHSU Diagnostic Imaging Services. “It’s something different, and it helps out the community -- especially in the case of the Van Gogh and this painting. It gets people answers to questions they have, and we don’t mind doing it.”

The Revel painting, “Portrait of a Sculptor,” has been in the museum’s collection since the 1960s. The piece, painted in the time of Louis XIV, was likely commissioned by the French Royal Academy of Painting and Sculpture as an initiation piece for Revel to display his skill. Since it’s completion 300 years ago, the painting has been restored at least five different times, with the last campaign occurring in 1966.

The surface has cracked and discolored over time, prompting Portland Art Museum curator Dawson Carr to select the piece for treatment to improve and preserve it. 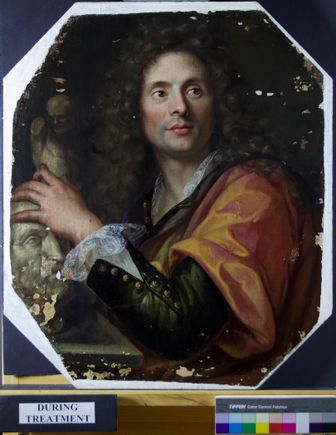 When conservator Nina Olsson began removing the painting’s discolored varnishes and previous restoration paint, she revealed pentimenti, traces of previous work showing the artist’s changes to the composition. A small statuette was now visible on the left side of the painting, as well as possible alternative finger positions on the subject’s hand. The hand previously was depicted resting atop a bust of Socrates.

The museum reached out to OHSU answers.

The painting was first examined using X-ray. Because lead white paint was used primarily at the time, any paint mixed with white color would appear on the X-ray, giving a glimpse beneath the painting’s current surface. To make things a bit more complex, the painting also had been affixed to an aluminum backing during a previous restoration campaign, which made imaging slightly more challenging.

“From a physics perspective, we are all used to imaging anatomy and human beings,” said Thorson. “There was a whole other set of technical factors that went into play here.”

“It’s a collaborative effort,” said Olsson. “The scientists, the radiographers can supply images that are science. That’s something we have to incorporate into our decision-making process. Then it’s more technical. The art historian or curator has to make a decision about what’s the most appropriate visually.” 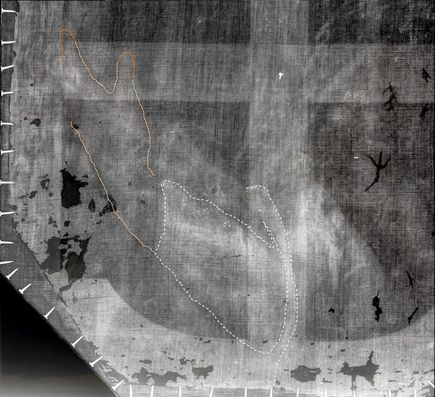 Olsson overlapped the scans with images of the painting and determined that Revel had actually changed the positioning of the arm as the painting evolved and repositioned the hand to rest atop the head of Socrates.

But what were his intentions for the statuette? Had he originally left the sculpture in the background visible?

“The important thing is for the painting to achieve its maximum expressive potential,” said Olsson. “One choice has to be made, and we have to go with what we perceive as the correct way to view the painting.”

After careful consideration, the museum curatorial team decided to include the statuette in the background as part of the restored painting’s final presentation.

“All of us who worked on this project at the Portland Art Museum are hugely grateful to OHSU and Dr. Thorson’s team for sharing their resources and expertise on this project,” commented conservator Samantha Springer. “The information we gained from the X-ray imaging helped us to ascertain some of the changes the artist made during his working process and provided invaluable insight into the complex history of our painting when we were faced with difficult decisions during its restoration.”

The painting will be returned to public display beginning Tuesday, July 18.