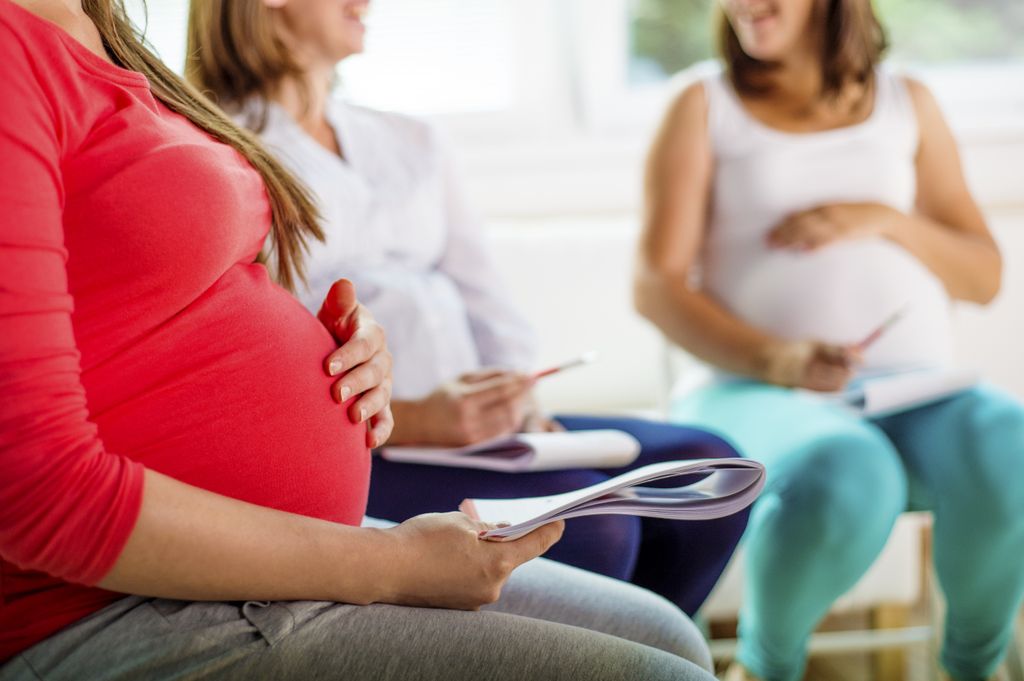 Expanding prenatal care to unauthorized immigrant women in Oregon reduced death rates for U.S.-born infants and helped prevent disease and complications for both women and their children.

Unauthorized immigrant women with access to care received 7.2 more prenatal visits, or nearly the nine to 12 visits recommended for a typical pregnancy. They also were 74 percent more likely to get a fetal ultrasound, 61 percent more likely to get diabetes screening and 19 percent more likely to receive the Tdap vaccine, which protects newborns against tetanus, diphtheria and pertussis, or whooping cough, according to a study led by Jonas Swartz, M.D., in the OHSU School of Medicine in Portland, Oregon, and published in Obstetrics & Gynecology.

“Prenatal care is an essential component of a healthy pregnancy,” Swartz said. “Women get connected to the health system, education and guidance about preparing for birth, and screening for high-risk conditions. This is especially important for women who might not otherwise be regularly visiting a doctor or clinic.”

Swartz conducted the study in collaboration with senior author Maria Rodriguez, M.D., M.P.H., in the OHSU School of Medicine, as well as researchers at the Immigration Policy Lab at Stanford University. The team studied more than 210,000 pregnancies using a database of Medicaid claims from Oregon Health Authority’s Department of Health.

Their analysis found that making prenatal care available reduced the likelihood that these women had an extremely low birth weight infant by 1.33 per 1,000 births. It also reduced infant mortality by 1.01 per 1,000 births - a reduction that by comparison was larger than the 30-year decline in infant mortality from Sudden Infant Death Syndrome, or SIDS, that was attributed to the “Back to Sleep” campaign.

“We can’t care for children without caring for their mothers,” Rodriguez said. 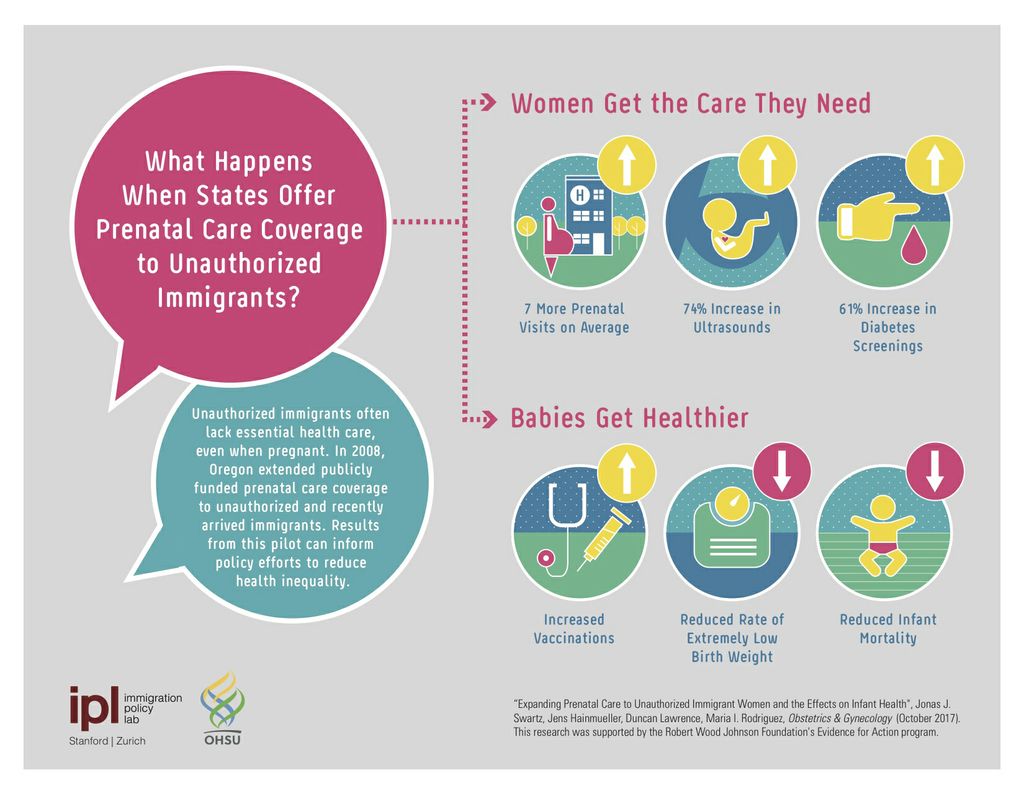 The study also found that infants whose mothers had access to prenatal care received more well-child checks and were more likely to receive recommended screenings and vaccinations during the first year of life.

From 2008 to 2013, the state of Oregon gradually expanded its insurance program for unauthorized and recent immigrant women to include prenatal care under the Citizen/Alien Waived Emergent Medical Care program. This expansion of Medicaid by county provided an ability to measure the impact of providing access to prenatal care for vulnerable immigrant populations.

“The staggered expansion of prenatal care coverage in Oregon created a natural experiment. It presented a unique opportunity to assess the causal impact of preventive healthcare for unauthorized immigrant mothers and their infants,” said study co-author Jens Hainmueller, Ph.D., of Stanford University.

Unauthorized immigrants face considerable barriers in accessing preventive health care, and for pregnant women, that lack of access to care can put their children at risk. Throughout the U.S., standard Medicaid provides coverage for all pregnancy-related care, which includes childbirth and care for the mother as she recovers from the birth. In contrast, Emergency Medicaid, a federal safety net program for those poor enough to qualify for Medicaid, but who cannot meet the citizenship requirements, covers only acute life-threatening events and obstetric admissions.

Two federal programs, the “unborn child” clause of the Children’s Health Insurance Program, or CHIP 2002, and a more limited program through the Children’s Health Insurance Program Reauthorization Act, CHIPRA 2009, gave states a new option to provide prenatal care coverage with matching federal funds. As of 2015, 31 states have opted to provide some level of prenatal care for immigrant women. Funding for CHIP is extended through 2017, but the scope of the program at the time of renewal is likely to be a topic of debate.

The study was funded by a grant from the Robert Wood Johnson Foundation Evidence for Action Program. Rodriguez also received grant support for her work as a Women’s Reproductive Health Research fellow.