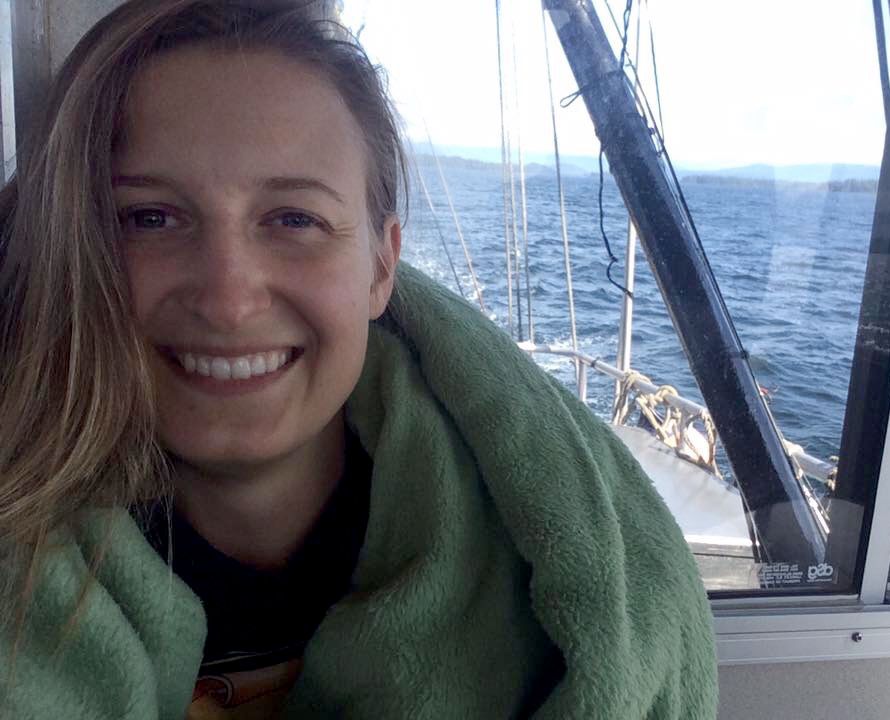 An August 2016 call to an infectious disease hotline OHSU runs for Northwest physicians ended up being one for the record books.

Erin Bonura, M.D., M.C.R., an assistant professor of medicine (infectious diseases) in the OHSU School of Medicine, heard this on the other end of the line:

“’This patient has worms coming out of her eye. What are we going to do?’,” Bonura recalled. “That’s one of the more unique calls I’ve received.”

The patient, then a 26-year-old woman from Brookings, Oregon, ended up being the first-ever known case of the nematode worm Thelazia gulosa, a type of cattle eyeworm, infecting a human.

A paper published in the American Journal of Tropical Medicine and Hygiene describes the odd infection. The paper’s lead author is Richard S. Bradbury, Ph.D., of the CDC’s Parasitic Diseases Branch, who did some serious sleuthing with Bonura and others to identify the unwelcome worm. 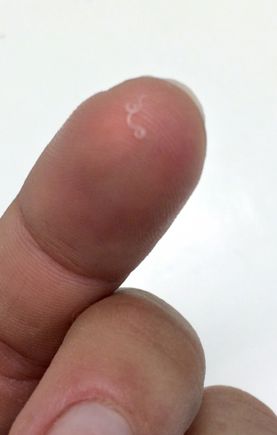 Worms in the family Thelazia are a common parasite in North American cattle, but are rarely spread to humans. Before this case, there were just 10 known incidences of humans being infected with a Thelazia worm in North America, but none of those cases involved the species gulosa. This was the first case of a person being infected with a Thelazia worm in the U.S. in more than two decades.

The best Bonura and her colleagues can guess is the patient, Abby Beckley, may have been infected while being near cows or horses in the rural fields near her family’s home. The cattle eyeworm is spread from cow to cow by flies that suck on cow tears and pick up worm larvae in the process. One fly carrying cattle eyeworm larvae may have briefly landed on the patient’s eye.

Luckily, the cattle eyeworm can’t easily reproduce in humans -- and didn’t in Beckley’s case. However, the deposited larvae did grow into adult worms and begin wriggling around on the surface of the Beckley’s eye. She had recently started working on a fishing boat in Alaska when her eye first began to feel irritated, as if there was an eyelash she couldn’t remove.

While examining her eye, Beckley was able to remove a thin, half-inch-long translucent worm with her fingers. She initially thought it might have been a salmon worm, but she couldn’t find any online reports of people who fish with worms in their eyes. She saw a few doctors while she was onshore in Alaska, but no one knew what to do.

Frustrated, Beckley cut her fishing stint short and flew home to Oregon. Bonura met her at the OHSU Emergency Department and worked with other OHSU staff to help Beckley find some relief. Unfortunately, Beckley was the most skilled at plucking out her own worms. Only one doctor was able to pick out a portion of just one worm. All in all, 14 worms were removed from Beckley’s eye over the course of a month. 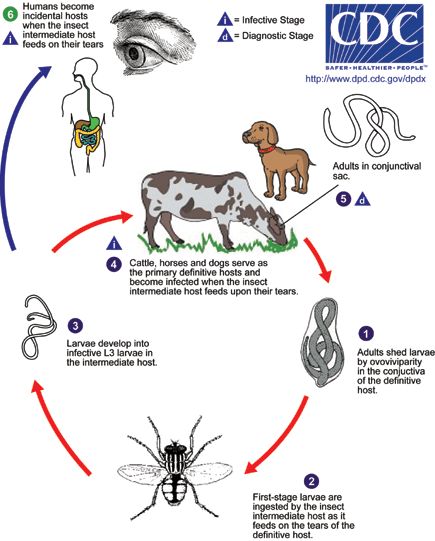 “I was really thankful to be linked up with Dr. Bonura,” Beckley said. “Dr. Bonura was so willing to just talk with me and was really empathetic to what I was going through as the person who had this thing in her eye. I was thankful for her grit and dedication.”

Meanwhile, Bonura was frantically working with the CDC and Northwest Pathology to identify these strange worms, samples of which had been sent to Bradbury’s CDC lab in Atlanta. They narrowed it down to a Thelazia worm in about two weeks, but didn’t realize it was the gulosa species until they were writing their paper months later.

Two and a half years later, Beckley is doing well. She removed the last worm herself on Aug. 30, 2016. Besides being briefly worried when she feels a lash in her eye, she doesn’t have any other lingering effects.

Though infectious diseases can be spread anywhere, another case like this isn’t likely.

“Infections from Thelazia worms mostly happen in animals and humans are just incidental hosts,” Bonura said. “This is incredibly interesting and I’m sure it might make some people squeamish, but it’s not something people should worry about.”

Thelazia gulosa in situ on the surface of the patient’s conjunctiva. (OHSU)