Key figure in OHSU presidential search is an accountant by trade, has service in his heart
By Franny White March 22, 2018 Portland, Oregon 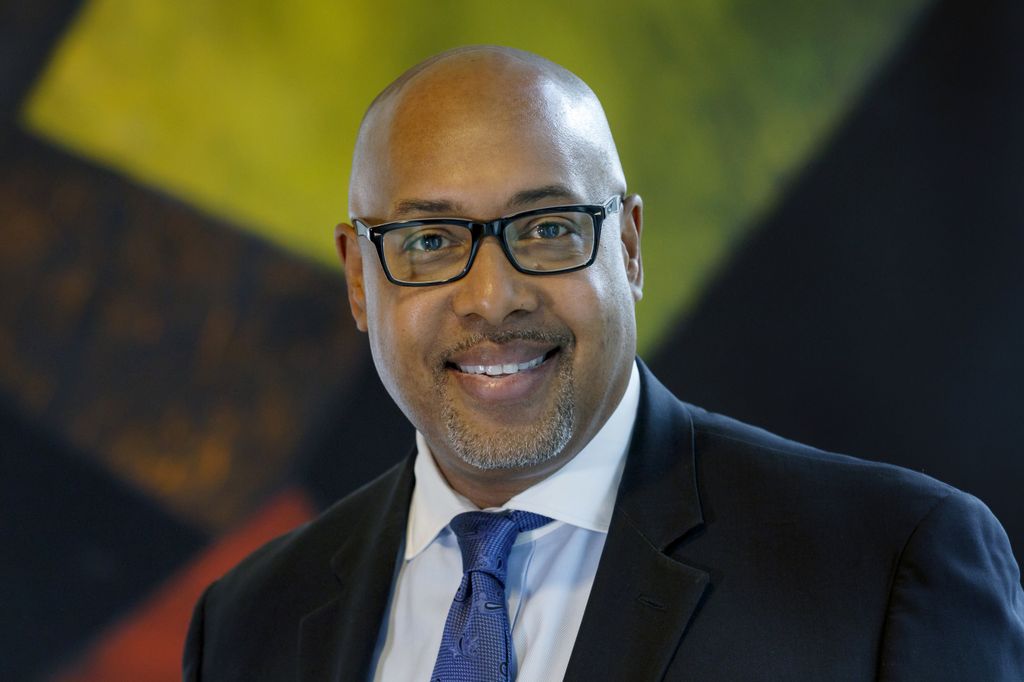 Wayne Monfries was appointed to the OHSU board of directors by Gov. Kate Brown in 2016. This January the board elected him their chair. (OHSU/Kristyna Wentz-Graff)

Having survived a heart attack at just 39, the idea of serving on and later chairing the OHSU board of directors wasn’t too far off for former Nike Chief Tax Officer Wayne Monfries.

“The mission of OHSU -- delivering health care and education to the citizens of Oregon, as well as cutting-edge research to the world -- is important to me, especially after having experienced the health care system myself,” Monfries said. “This is close to my heart.”

Monfries left Nike in January 2017 to take a hard-earned respite after nine years with the company and having worked continuously since starting a newspaper delivery route at age 15.

After growing up in White Plains, New York, he attended Georgetown University in Washington, D.C. While there, he continued to focus on his passion since high school: accounting. He chose the field after observing many of the professional athletes he admired fall into financial ruin.

The bachelor’s degree in accounting he earned in 1988 would eventually become his passport. He initially represented the tax interests of athletes and entertainers, but switched gears to the corporate world when he joined the food giant Mars, Incorporated, in 1995.

Monfries moved up the ladder and was selected to be Mars’ regional tax director for Europe, the Middle East and Africa. He and his family moved to the United Kingdom for the post and his youngest daughter was born there.

He returned stateside in 2007, when Monfries, his wife, Susan, and their two daughters, Sydney, now 21, and Caitlyn, now 17, moved to Portland so he could join Nike. He set roots in his new city and volunteered for organizations such as the youth development organization First Tee of Greater Portland and Self Enhancement, Inc., a local nonprofit that provides culturally responsive services to disadvantaged youth.

He agreed to serve further when Gov. Kate Brown appointed him to the OHSU board of directors in October 2016. And this January, the board elected him their chair. The election occurred just in time to position Monfries as a key player in selecting OHSU’s new president. President Joe Robertson, M.D., M.B.A., officially retired Oct. 31 after nearly 40 years with OHSU, but is continuing to serve until his replacement is found.

“I’m a big fan of Dr. Robertston and what he’s done during his tenure leading the university,” Monfries said. “Dr. Robertson is leaving us in an upward trajectory, and we have an opportunity now to bring a new president who can do more than continue that trajectory, but also accelerate it.”

A presidential search committee has forwarded seven semi-finalists for board consideration. Now, the board of directors will winnow that list further to three finalists who will visit OHSU and meet key stakeholders this spring. The goal is to have a new president on board by July 1, 2018.

Though the tools of Monfries’ trade are often spreadsheets and 10-key calculators, he feels at home working with the staff of OHSU, who are more likely to wield stethoscopes.

“The people at OHSU have a lot of passion for what they’re doing,” he said. “As much as the OHSU brand is growing nationally and internationally, the institution’s focus is to continue helping the residents of Oregon.”