Newly approved drug is effective in patients with prostate cancer 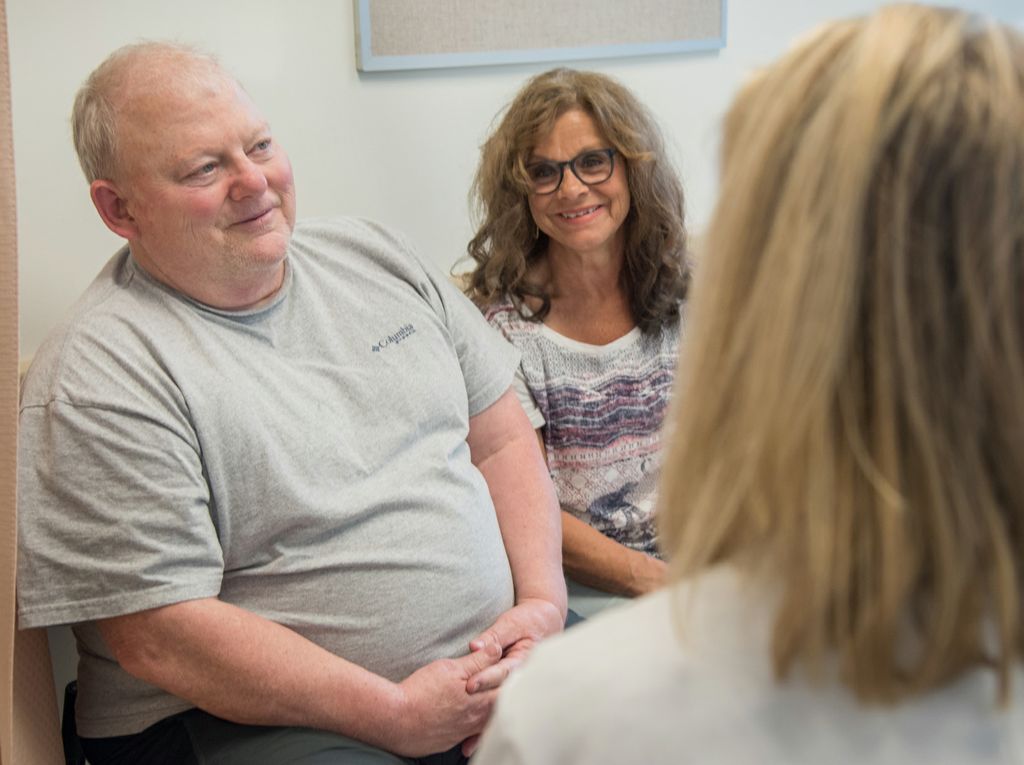 Prostate cancer is the second most common cancer in U.S. men, yet treatment options have been historically limited for the approximately 10 to 20 percent of men with castration-resistant prostate cancer.

“We’ve tried other treatments for patients in this population, but there was no clear long-term solution,” said Julie Graff, M.D., interim chief in hematology/oncology at the Veterans Affairs Portland Health Care System (VAPORHCS) and associate professor of medicine (hematology/medical oncology) in the OHSU School of Medicine, OHSU Knight Cancer Institute.

Graff says lack of treatment options is one of the reasons a clinical trial for this patient population is significant.

“This trial gives patients options they wouldn’t otherwise have.”

Study findings are published in The New England Journal of Medicine.

70–year-old Longview, Washington, resident David Seidl received the news of his prostate cancer diagnosis on Valentine’s Day in 2013. He underwent surgery in an attempt to cure the cancer, but the disease returned. He then received a shot to keep his testicles from producing testosterone, but this eventually stopped working. With a rising prostate-specific antigen, or PSA, test and undetectable testosterone, he was diagnosed with castration-resistant disease.

Castration-resistant prostate cancer refers to a subset of the disease in which the standard hormone therapy treatment is not effective. These patients are generally at a higher risk for disease spread and with no standard therapy available, treatment was typically managed by surveillance alone.

Being a patient at the VAPORHCS and OHSU made him eligible for a national study.

A Vietnam War veteran, Seidl was glad to receive treatment at a Veterans Affairs center that works closely with an academic health center like OHSU.

“I figured I was on the real McCoy from the get-go,” he said. “One of the main reasons I went on the study was because I would be scanned so frequently. And one of the other reasons is because I trust Julie.”

He says he was never hesitant about signing up for a clinical trial: “If I can benefit somebody else, I’ll do it. And if I have to have a few side effects once in a while, I’ll take it. It means I’m here.”

Seidl has been taking the apalutamide treatment since 2014 and hopes to one day walk his granddaughter down the aisle. He vows to “enjoy myself while I’m here.” 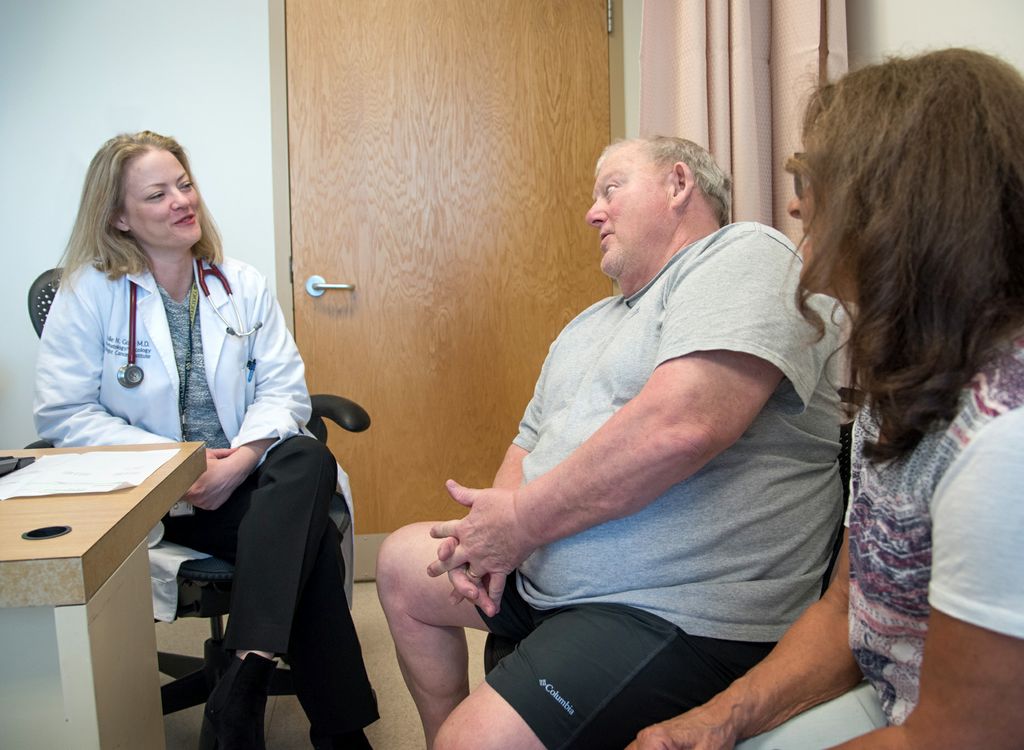 Julie Graff, M.D., (left) meets with the Seidls. Graff says this trial is just one example of how academic health centers like OHSU working with VA centers across the country can give clinical treatment — and clinical research — options to local patients. (Photo by Michael Moody)

Apalutamide, sold under the brand name Erleada and manufactured by Janssen Pharmaceuticals, is an orally administered androgen-receptor inhibitor, a type of drug that acts by interfering with the interaction between androgens, a male sexual hormone, and the androgen receptor. When this occurs, the cancer cell cannot grow and divide. While androgen-deprivation therapy is initially effective in prostate cancer treatment, castration-resistant disease eventually develops in nearly all men with prostate cancer, requiring additional treatment.

In this Phase III clinical trial study, participants were randomly assigned to receive either apalutamide or a placebo. All participants had to continue on androgen deprivation therapy, which prevents the formation of testosterone in the testicles. A total of 1,207 men participated in the randomized trial — 806 were assigned to the apalutamide group and 401 to the placebo group.

At the median follow-up of 20.3 months, 61 percent of participants who received apalutamide and 30 percent of participants who received placebo were still on treatment. Investigators found that apalutamide reduced the onset of metastasis or death in the treatment group by 72 percent compared with the placebo group. The study demonstrated a significant delay of the onset of metastasis in these patients.  The results also showed a significant delay to the time of symptomatic disease and a trend toward overall survival as approximately 80 percent of the participants in the placebo group received subsequent treatment for their metastatic castration-resistant prostate cancer.

The Food and Drug Administration based its recent approval of apalutamide on safety and efficacy data from the phase III trial. Apalutamide now is the first FDA-approved treatment for patients with nonmetastatic, castration-resistant prostate cancer.

Graff called her participation in the worldwide clinical trial “one of the highlights of my career.”

The OHSU and VAPORHCS arm of the national clinical trial enrolled 14 patients—more than any other trial site in the country. She says this trial is just one example of how academic health centers like OHSU working with VA centers across the country can give clinical treatment — and clinical research — options to local patients.

In the interest of ensuring the integrity of our research and as part of our commitment to public transparency, OHSU actively regulates, tracks and manages relationships that our researchers may hold with entities outside of OHSU. In regards to this research, Dr. Graff has received payments for consulting for Janssen Pharmaceuticals, manufacturer of apalutamide.  Review details of OHSU's conflict of interest program to find out more about how we manage these business relationships.

Julie Graff, M.D., (left) meets with David Seidl, (center) and his wife, Linda. Seidl was diagnosed with prostate cancer in 2013 and has been participating in a Phase III clinical trial. (Photo by Michael Moody)