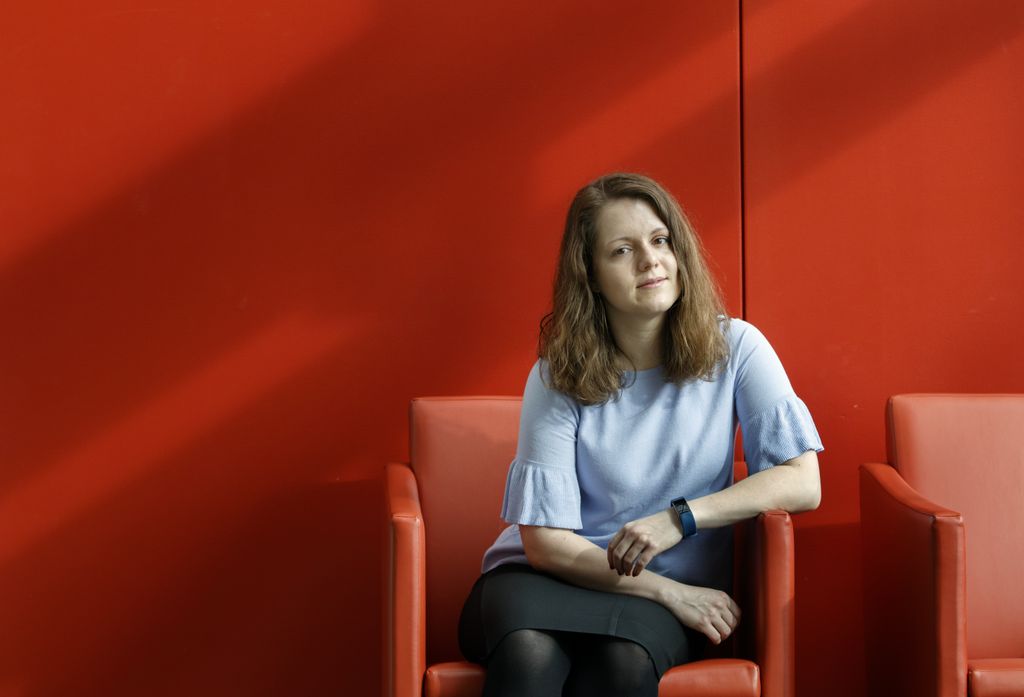 "As students, we see no excuse for our nation’s failure to act on such a widespread, devastating, and preventable source of physical and psychological harm in our communities," says Elizabeth Swanson, an M.D.-Ph.D. student in the OHSU School of Medicine. (OHSU/Kristyna Wentz-Graff)

As medical students, we devote ourselves to studying the biological science of medicine: anatomy, physiology, pharmacology, endocrinology, neuroscience, immunology and more. However, our clinical education and personal experiences highlight the influences of social, economic, and political forces on overall health outcomes. For this reason, as future physicians and health professionals, we embrace the responsibility to advocate for policy changes that promote the health of our patients and communities.

The Feb. 14 school shooting at Marjory Stoneman Douglas High School in Parkland, Florida, has elevated gun violence as a topic of national conversation. As we remember the lives lost too soon and applaud the advocacy of the survivors and the victims’ families, we acknowledge that gun violence is a public health crisis that extends far beyond the halls of our nation’s schools.

While school shootings receive national media attention, fatal firearm injuries, resulting from suicides, homicides, legal interventions, and unintentional shootings, are claiming thousands of lives each year. In 2016, firearms were responsible for 38,658 deaths and 84,997 injuries in the United States. That same year, 513 Oregonians died as a result of firearm injury.

When our country has faced other public health crises, Congress has taken action, funding public health research to save American lives.

In 1966, Congress created the National Highway Safety Bureau – now known as the National Highway Safety Administration – in response to the increasing rate of motor vehicle-related fatality. Under the leadership of Dr. William Haddon, a public health physician, the bureau researched the human, motor vehicle, and highway factors that contribute to motor vehicle-related deaths. This research led to the implementation of changes to motor vehicle and highway design as well as traffic safety laws regulating driver and passenger behavior. This example demonstrates our nation’s ability to identify a source of preventable injury, rigorously and critically study its complexities, and ultimately create evidence-based policies that save lives.

Public health research on firearm-related injury and death, like for motor vehicles, could also inform state and federal policies and has the potential to save thousands of lives every year. However, in 1996, congressman Jay Dickey of Arkansas, with support from the National Rifle Association, added an amendment to the federal spending bill specifying that funding for the Centers for Disease Control and Prevention “may not be used to advocate or promote gun control.” In 2011, similar language was applied to the National Institutes of Health.

This language effectively ended federally funded research on firearm injury. As a result, we lack critical information on the epidemiology of gun violence and the effectiveness of prevention strategies. We demand action.

We call on Congress to take the following steps to address gun violence:

As students, we see no excuse for our nation’s failure to act on such a widespread, devastating, and preventable source of physical and psychological harm in our communities.

Elizabeth Swanson is an M.D.-Ph.D. student in the OHSU School of Medicine.

OHSU Students Against Gun Violence, a group of interprofessional OHSU students committed to using their privilege and power to elevate the voices of those harmed by gun violence, suggests the following ways that community members may share their views regarding the importance of federal funding for gun violence prevention research:

Elizabeth Swanson is an M.D.-Ph.D. student in the OHSU School of Medicine.

Previous Story I stand on the shoulders of shaded giants Next Story Dangerous, bad and weak: Stigma and the care of patients with addictions

Elizabeth Swanson is an M.D.-Ph.D. student in the OHSU School of Medicine. (OHSU/Kristyna Wentz-Graff)

Elizabeth Swanson is an M.D.-Ph.D. student in the OHSU School of Medicine. (OHSU/Kristyna Wentz-Graff)

The business of eliminating gun violence